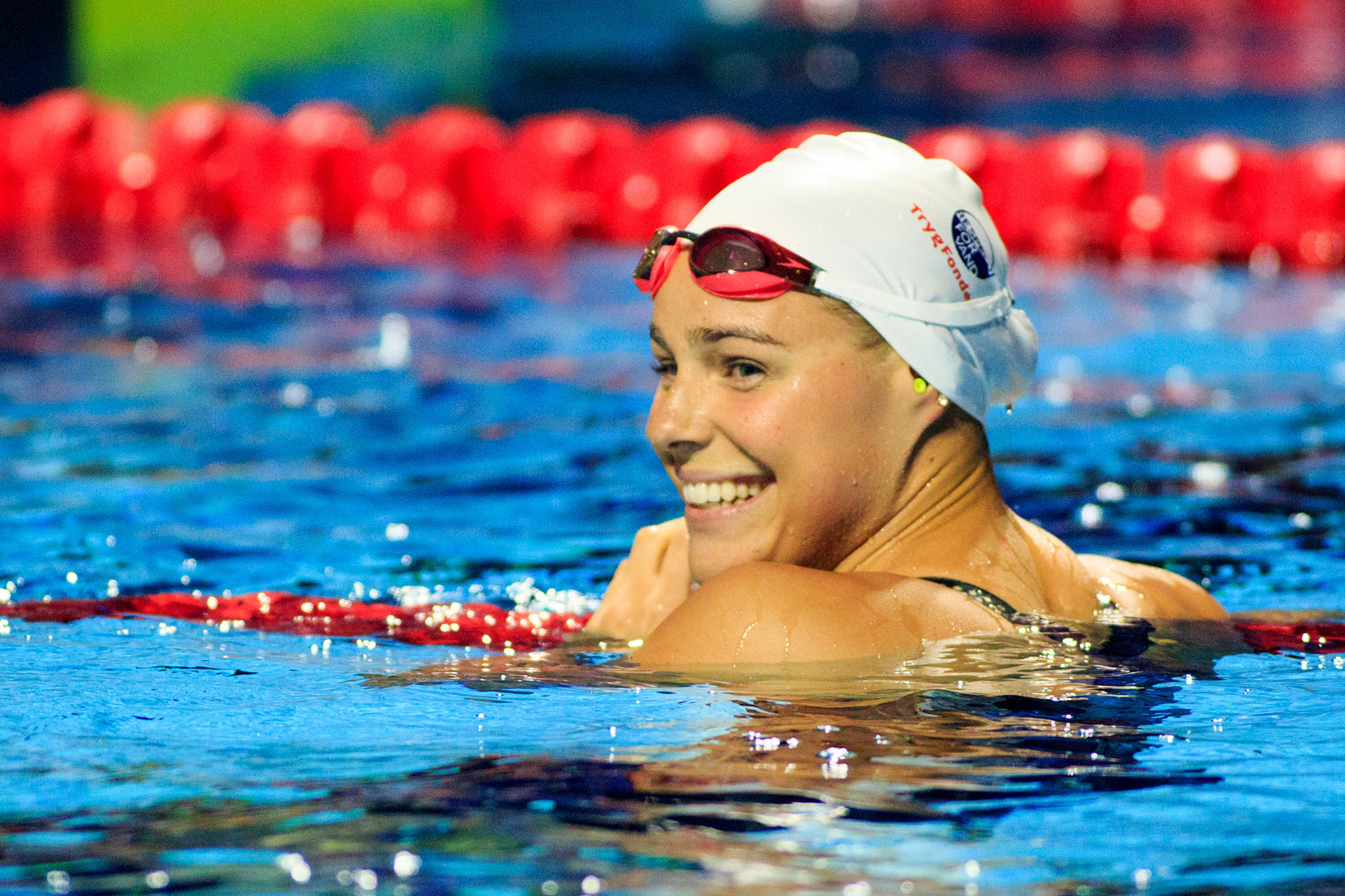 Pernille Blume added gold to her International Swimming Federation (FINA) Champions Swim Series medal haul as she held off Sarah Sjöström to win the women's 50 metres freestyle in Indianapolis in the United States.

Denmark's Blume, the Rio 2016 champion, touched the wall 0.10 seconds ahead of the Swede as she set the third-fastest time of the year, finishing in 24.08sec.

It completes a gold, silver and bronze medal haul for Blume, who claimed third at the first leg of the series in Guangzhou, China, and second in Budapest in May.

The FINA series was introduced this year to give elite swimmers increased attention and additional opportunities to compete following controversy last year after the body threatened sanctions against athletes who competed in the newly-launched, multi-million dollar International Swimming League.

The competition format sees only finals of four swimmers for each discipline, with no fewer than 30 finals spread across two days of competition, and Denmark's Blume was full of praise after the series ended.

"It shows some willingness from FINA to invite all of us athletes and honestly I couldn't be happier," Blume said.

"It was a good meeting with good vibes and everyone agrees that we need to take some steps forward for the sake of swimming.

"I am happy that I am here and that I am part of this."

Sjöström collected her fourth win in two days as she completed a clean sweep of victories in the 50m butterfly series.

Winning in 25.48, the Swede edged out Egypt's Farida Osman and Kromowidjojo to triumph.

Lily King continued her domination of Olympic champion Yuliya Efimova as she clocked the fastest time in the world this year in the 100m breaststroke.

American King had got the better of her Russian rival with two wins on Friday and she completed the hat-trick in 1:05.13.

Efimova had to settle for second, 0.38 behind with American Molly Hannis third.

Fourth after the first 50m, the Hungarian clawed her way back to second after the 150m turn before splitting 29.31 to come home ahead of Canada's Sydney Pickrem and Melanie Margalis of the United States.

Pebley had to settle for silver in Budapest but upgraded for gold at the Indiana University Natatorium, his winning time 1min 56.35sec.

Grevers was beaten by Murphy in the 100m backstroke on Friday but turned the tables on his rival over 50m as he won a first series title in 24.78, fractionally ahead of Murphy.

American Michael Andrews won the 100m butterfly time in 51.87 and Joao Gomes Junior of Brazil sprinted to victory in the 50m breaststroke.

His time of 26.60 saw him edge out team mate Felipe Lima by 0.12 as Italian Fabio Scozzoli finished third.

Pieter Timmers followed up his 100m freestyle triumphs in Ghangzhou and Budapest with a third in Indianapolis.

Russia's Vladimir Morozov finished more than a second behind in 49.47.

Canadian Kylie Masse collected a second gold of the weekend as she won the 100m backstroke in 59.13.

The mixed 4x100m freestyle relay was won by Pebley, King, American Jack Conger and Kromowidjojo in 3:46.21.