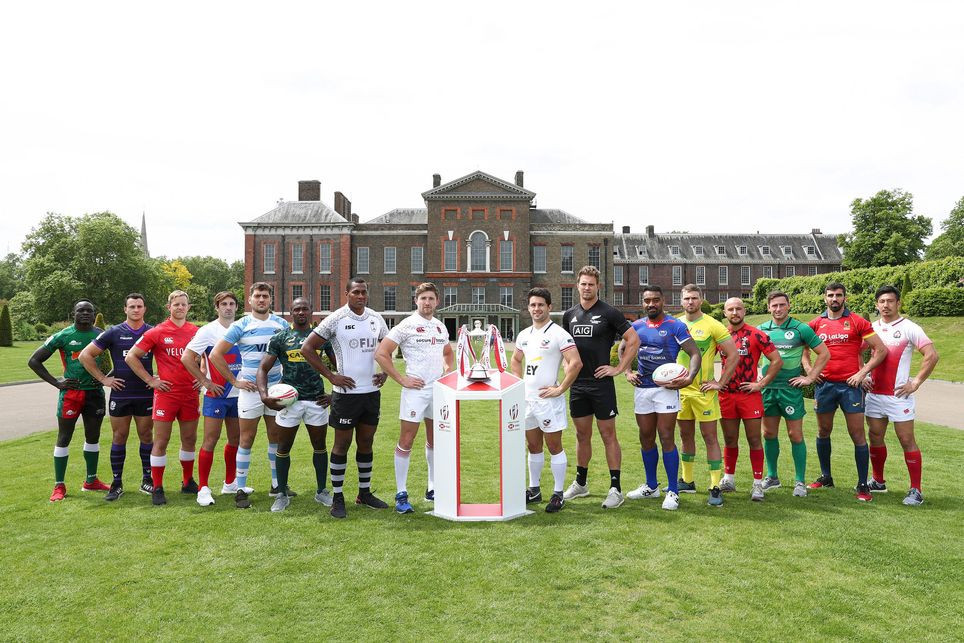 United States will be aiming to close in on a historic maiden overall title in the men's World Rugby Sevens Series at the penultimate leg of the season in London, which begins tomorrow.

The Americans, who are not among the powerhouse nations in XVs rugby but have excelled in the shorter format, top the rankings going into the event at the famous Twickenham Stadium.

They have won just one of the eight legs held this season – their home tournament in Las Vegas in March – but their run of four runners-up finishes in the first four events has seen them keep their rivals at bay.

However, their lead at the top is just a fragile three points over Olympic gold medallists Fiji with the US on 145 and the Pacific Islanders on 142.

With 22 points available for a tournament win, 19 for second place and 17 for third, New Zealand and South Africa cannot be counted out of the reckoning either.

The Kiwis are third overall on a total of 130 as they aim to win the title for the 13th time and their first since 2014.

South Africa, the defending champions who are hoping for a third seasonal crown in a row, are further back on 121.

The US have not finished lower than fourth this season but their three poorest outings – fourth in Vancouver, third in Hong Kong and fourth in Singapore – came on the last three stops of the circuit.

"We're not really looking at it as pressure but more as an opportunity, and an opportunity that we have earned over the course of the season through consistent results and through performing well," said American captain Madison Hughes.

"Now here we are in London with two tournaments to go.

"Before this season I think you would have said it was a dream so we're just going to do everything we can to perform in each game and do the best that we can this weekend."

The US have been placed in Pool D at Twickenham with Australia, Wales and Spain.

Fiji, last year's London winners, will square off with Samoa, France and Kenya in Pool B as they eye a fourth tournament win of the season.

South Africa, the winners in Singapore last time out, have been placed in Pool A with Argentina, Canada and Japan.

Hosts England, who will hope to win their home tournament for the first time since 2009, will play in Pool C alongside New Zealand, Scotland and Ireland.

They are in confident mood after gaining a bronze in Singapore and are fifth in the overall rankings on 107 points.

That means there is still plenty to play for as the top four finishers at the end of the season will book a berth at the Tokyo 2020 Olympics.

"I think we had a really good focus coming off the back of Singapore that we were going to look at London and just give it everything," said England's stand-in skipper Phil Burgess, who has taken the reigns from the absent Tom Mitchell and will make a 50th appearance for his country.

"Playing in an England shirt at Twickenham, I don't think you can get much better than that, and it was a case of we wanted to go out and make ourselves proud, make the fans proud, any hopefully the by product of that will be the results that we want."

Two sides from each group will reach the quarter finals with the pool phase played to a conclusion tomorrow.

Knockout matches will then conclude the tournament on Sunday (May 26).

After Twickenham, the season will conclude in Paris on June 1 and 2.

No women's event is taking place in London, with their season finishing on June 15 and 16 in Biarritz.