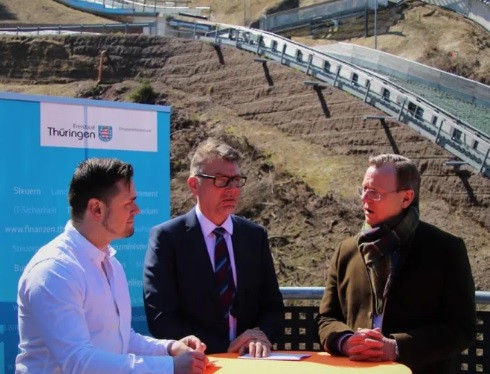 Oberhof is set to host a leg of the Nordic Combined Summer Grand Prix this year.

The German town's inclusion as a location for a Grand Prix competition is expected to be announced by the International Ski Federation (FIS) Council and Nordic Combined Committee when it confirms the calendar for the upcoming season at the end of this month.

Oberhof has been chosen as one of the venues after its ski jumping hills underwent renovation.

According to the FIS, the Summer Grand Prix will be one of the biggest gatherings of Nordic combined competitors ever held.

The week-long German tour in August will include stops in Oberwiesenthal to Klingenthal.

"We are happy that there were these efforts to revive the sport of Nordic Combined in Thuringia and therefore gladly supported the application," German Ski Federation sports director Karin Orgeldinger said.

Oberhof is also due to play host to the FIS Youth Cup from August 31 to September 1.

"As a Federal state, we are supporting Oberhof not only as a winter sports destination but as an important place for tourism," said Bodo Ramelow, Minister President of Thuringia.