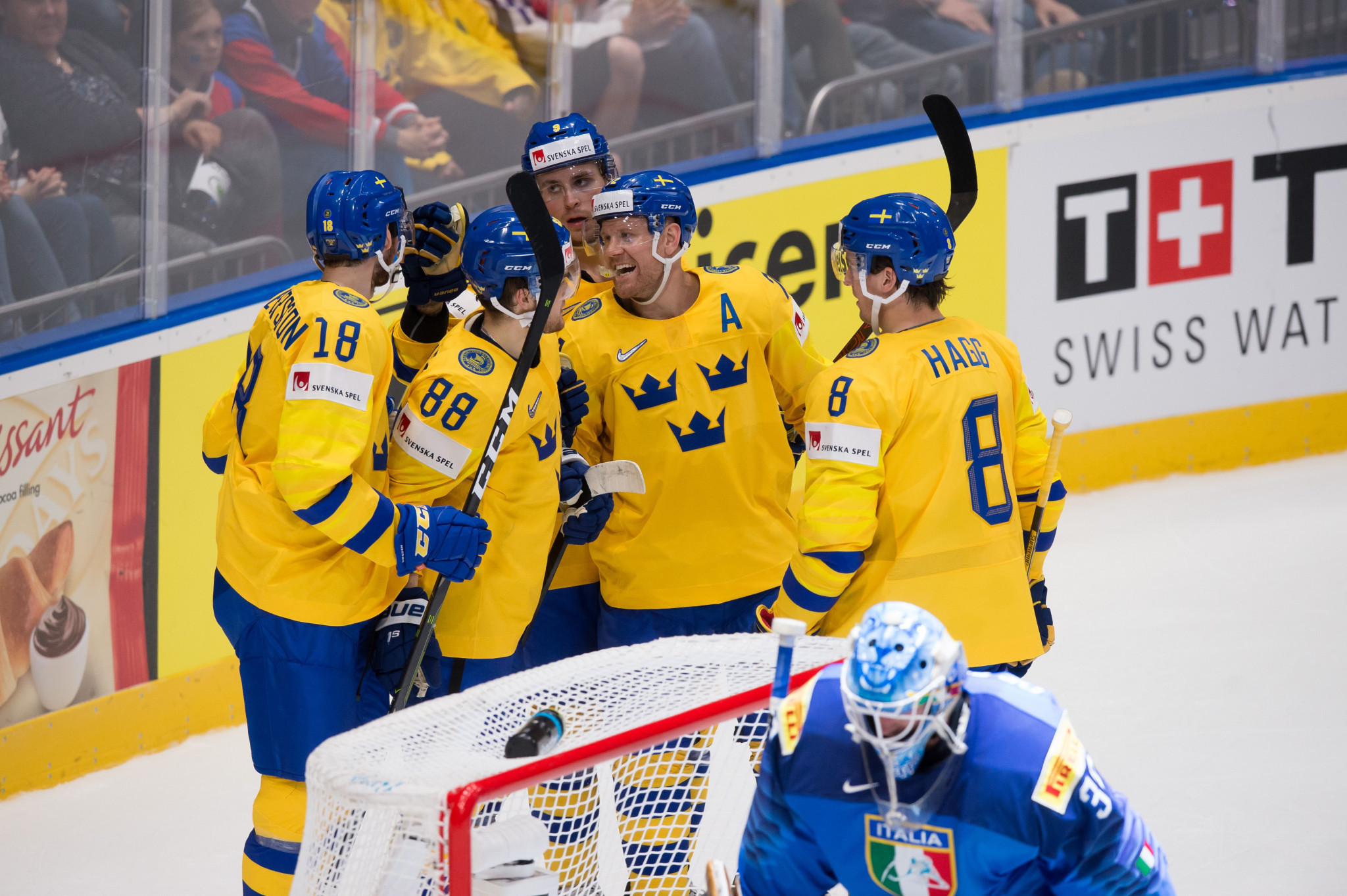 Canada and Sweden bounced back from opening-day defeats to record comfortable wins at the International Ice Hockey Federation World Championship in Slovakia today.

Defending champions Sweden had seen their campaign get off to a stuttering start, as they were beaten 5-2 by the Czech Republic two days ago.

Newly-promoted Italy provided the perfect opposition for the Swedish team in their second match.

The Swedish team, who have won the last two world titles, eased to an 8-0 win at Ondrej Nepela Arena in Bratislava.

The result moved Sweden into the top four of the Group B standings, with the eight teams having all played two matches.

Switzerland recorded their second victory by overcoming Latvia 3-1, while Russia triumphed 5-0 against Austria.

Both teams now share top spot in Group B with the Czech Republic, who did not play today.

Canada, the 2016 and 2017 winners, produced an identical result to Sweden in their Group A match.

Having lost their opening match to Finland, the Canadians stormed back by winning 8-0 against Britain, who suffered a second straight loss in their first season back in the top tier.

The result saw Canada move into third place in the standings.

Group A is led by Finland after victories in their first two fixtures, with Germany the only other team to have made an unbeaten start.

They recorded a 2-1 win over Denmark to maintain a perfect record.

The United States enjoyed an impressive 7-1 win against France today, which saw them join Canada and Slovakia as teams with one win and a defeat in their opening matches.

Competition will continue tomorrow with a further four matches scheduled.