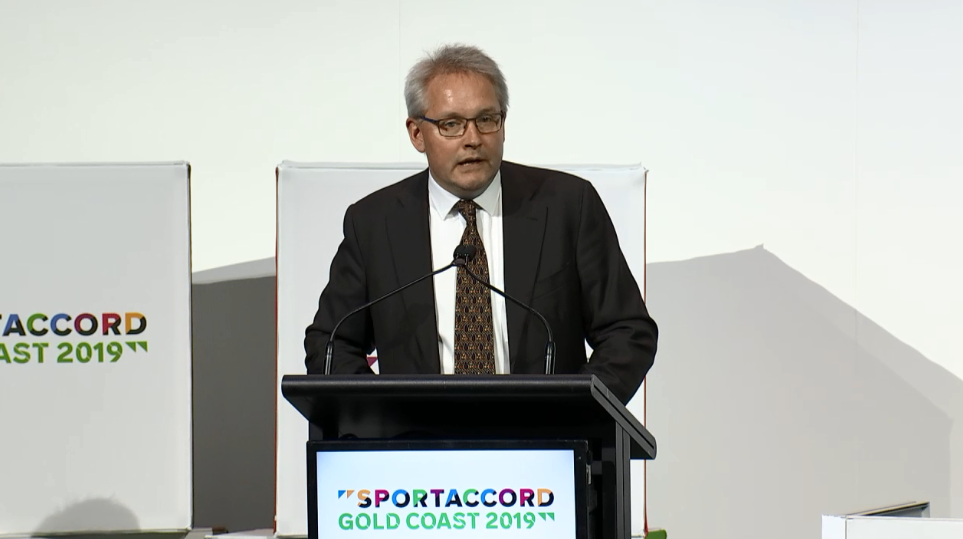 International Cycling Union President David Lappartient has warned world governing bodies could be facing a serious issue after the Court of Arbitration for Sport (CAS) asked arbitrators to choose between working for the body or International Federations.

CAS secretary general Matthieu Reeb told the Association of Summer Olympic International Federations (ASOIF) General Assembly that Federations had inquired about a letter sent by the organisation to arbitrators.

The letter asked arbitrators to decide whether to be a CAS arbitrator or work in International Federations and national bodies.

Reeb claimed the move was aimed at avoiding potential conflicts of interest, as well as avoiding instances when arbitrators are unavailable for CAS matters.

"We have noted that many CAS members have accepted positions within International Federations and national bodies," he said.

"In certain situations this could create a conflict of interest or a lack of availability for CAS matters.

"We have asked the arbitrators to determine whether they would continue with CAS or prefer to stay with the federations in order to avoid complex situations.

"We understand they made need some time to make a decision and we do not want to cause any problems in case a replacement needs to be appointed or if you need to renew the composition of your committees.

"We will determine this on a case by case basis.

"If you have any concern over the double situation where an arbitrator is also involved within a federation in an arbitratoral role or disciplinary committee, we would like to discuss this with you and the arbitrator concerned to find the best solution."

Lappartient revealed he had previously written to CAS over the issue abd claimed several International Federations were concerned about the consequences of the move.

The Frenchman highlighted that CAS arbitrators held roles within disciplinary, ethics and anti-doping commissions in Federations, as well as the UCI’s WorldTour Licence Commission.

Lappartient stated that he supported ensuring independence of arbitrators to avoid potential conflicts, but claimed International Federations could be weakened by the loss of expertise.

"We also do not want to lose expertise, they work for CAS and have a high level of expertise," Lappartient said.

"In some bodies of International Federations they are also very useful.

"We want to have the opportunity to keep them in some bodies.

"I know, because I spoke with some other colleagues, it is also a concern for them.

"We want you to be aware this could be a serious matter for the International Federations to lose the expertise of the CAS arbitrators.

"We know if they have to choose between CAS arbitrators and being in an International Federation, we know what they will choose.

"We know we will lose them at our level.

"To lose this expertise is a matter for us, for us it is a concern."

Reeb claimed CAS had "no interest" in weakening International Federations, adding the body would consider their concerns cautiously.

He asserted that a potential transition period could be possible, should arbitrators opt to leave roles within Federations.

Reeb suggested it could also offer an "opportunity" for International Federations to join the CAS Anti-Doping Division.

"We can imagine some transition it there is a choice necessary, between now and later when you have to renew your panel of experts," he said.

"It is another opportunity for you to accept joining the CAS Anti-Doping Division, where we can offer services for these type of activities.

"If a Federation decides to opt in favour of the CAS Anti-Doping Division, the judges or experts in your internal organisation could be proposed in the CAS list if you do not want to lose your specialists."

The permanent CAS Anti-Doping Division came into force on January 1, with the sole purpose of dealing with "procedures relating to anti-doping matters".

Temporary CAS Anti-Doping Divisions have previously operated at major events including the 2016 and 2018 Olympic Games at Rio de Janeiro and Pyeongchang.

The Division is claimed to be complementary to the International Testing Agency and offers a choice of options for parties who make appeals.

The Division will adjudicate on alleged anti-doping rule violations in the first instance.