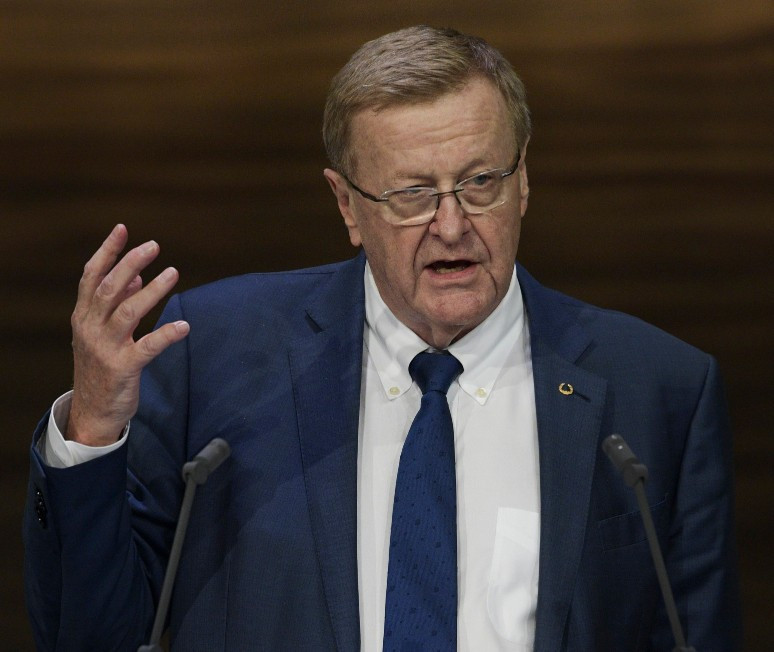 The establishment of a permanent Anti-Doping Division at the Court of Arbitration for Sport (CAS), which would offer both first instance and final verdicts on cases, is currently ongoing.

These divisions assumed responsibility from the International Olympic Committee (IOC) for Games-time sanctioning.

Discussions over a permanent Anti-Doping Division has been ongoing, with International Council of Arbitration For Sport (ICAS) President John Coates stating that draft rules had been circulated to stakeholders.

This comes prior to a conference in Lausanne at the end of October.

It is claimed the Division would complement the International Testing Agency (ITA) and offer a choice of options for parties who make appeals.

"The way it will operate is we have selected 12 arbitrators as a start, who are experts in anti-doping," said Coates here.

"They will be available at first instance as a single arbitrator.

"The idea is to have a very quick procedure.

"There will be a right of appeal from that if you are not happy.

"If you wanted to have a first and final case, then you can go to a three person panel.

"And if the parties agree that will be it, there will be no appeal from that to the appeal division of CAS.

"Both the first instance sole arbitrator or the three person panel - only if the parties agree to forego another appeal - they will be free."

Earlier this year, ITA director general Benjamin Cohen suggested an ITA Disciplinary Panel may act as a first-instance court for legal, financial and logistical reasons, with only appeals going back to CAS.

It appears this is no longer an option, with the establishment of the permanent CAS Anti-Doping Division pressing ahead.

Coates also stated that the publication of reasoned decisions in the cases of 27 Russian athletes embroiled in the Sochi 2014 doping scandal, who were ultimately cleared before Pyeongchang 2018, would be released "within the next month".

Cross-country skier Alexander Legkov was one of 28 Russian athletes implicated to have successfully appealed against their sanctions.

The reasoned decision in his case remains the only one published out of the athletes who have won their appeals.

Reasoned decisions would likely provide the opportunity for the IOC to determine whether they can appeal verdicts to the Swiss Federal Tribunal, as they have done with the Legkov case.

"The case of [Alexander] Zubkov and the 11 others who were not successful [with their appeals], all of the reasoned decisions have now been issued there," Coates said.

"In the case of Legkov, who was successful, the reasoned decision in his case - which has been appealed by the IOC to the Swiss Federal Tribunal - was issued.

"The other 27, which are all separate, will be issued within the next month."

Coates added during his update that CAS were dealing with around 600 cases a year.