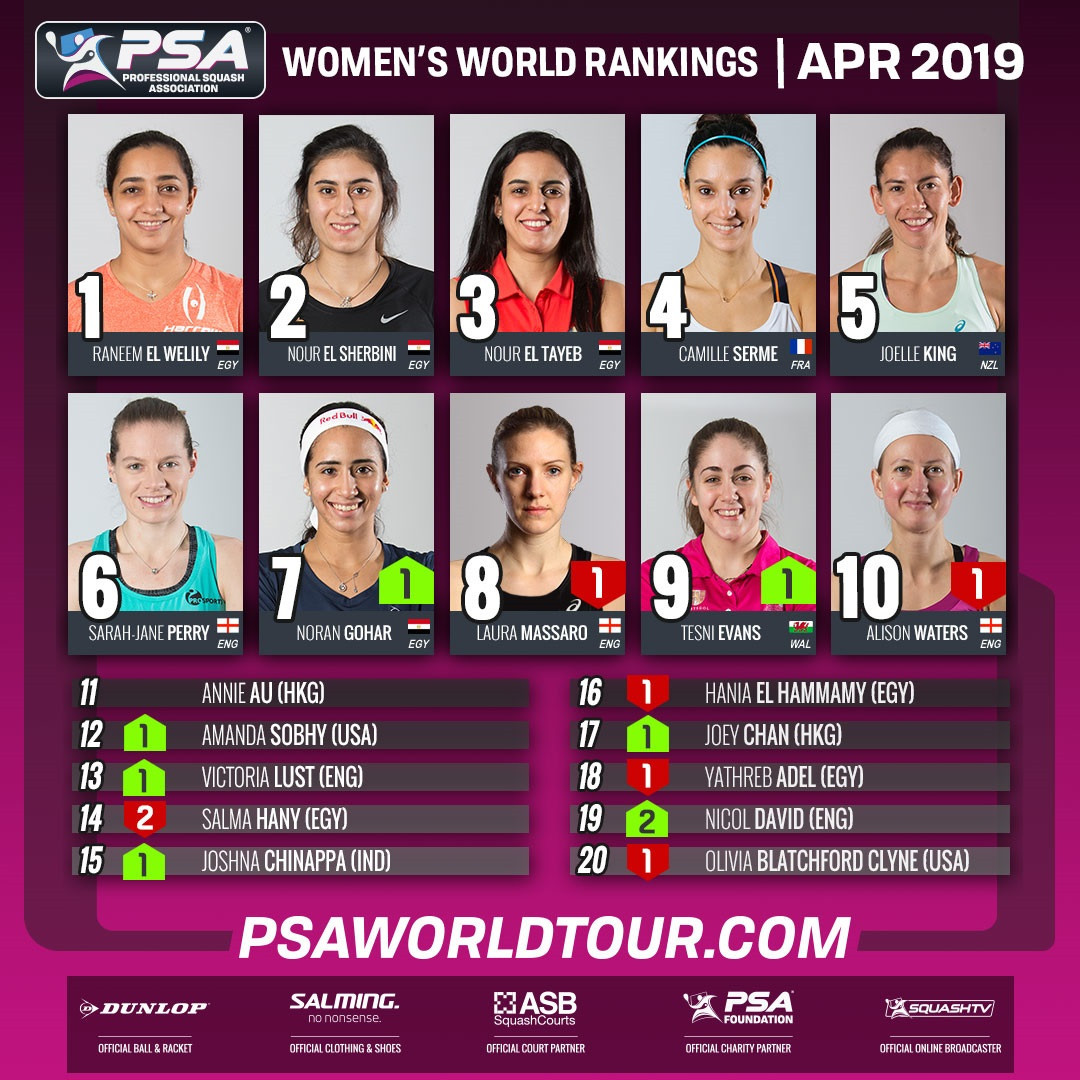 Nour El Sherbini’s triumph at the Professional Squash Association (PSA) World Championships in Chicago last month cut to less than 200 points the gap between her and leader Raneem El Welily in the women’s world rankings.

El Welily, also from Egypt, keeps her place at the top of the rankings with an average of 1,811 points following her win at last month's inaugural women’s Black Ball Squash Open in Cairo, where she beat El Sherbini in the final.

El Sherbini has an average of 1,623 points, while El Tayeb remains third, completing an all-Egyptian top three for the second straight month.

Wales’ Tesni Evans has risen to a joint career high at number nine with England’s Alison Waters ranked at 10.

In the men’s rankings, New Zealand’s Paul Coll and India’s Saurav Ghosal have moved up to career highs of five and 10, respectively.

As a result, the 26-year-old has risen two places.

Ghosal, meanwhile, becomes the first Indian to reach the top 10 after enjoying an excellent month which saw him make the quarter-finals of the PSA World Championships for the first time and the last eight of the Grasshopper Cup in Zurich in Switzerland.

Germany’s Simon Rösner has moved up one place to number four.