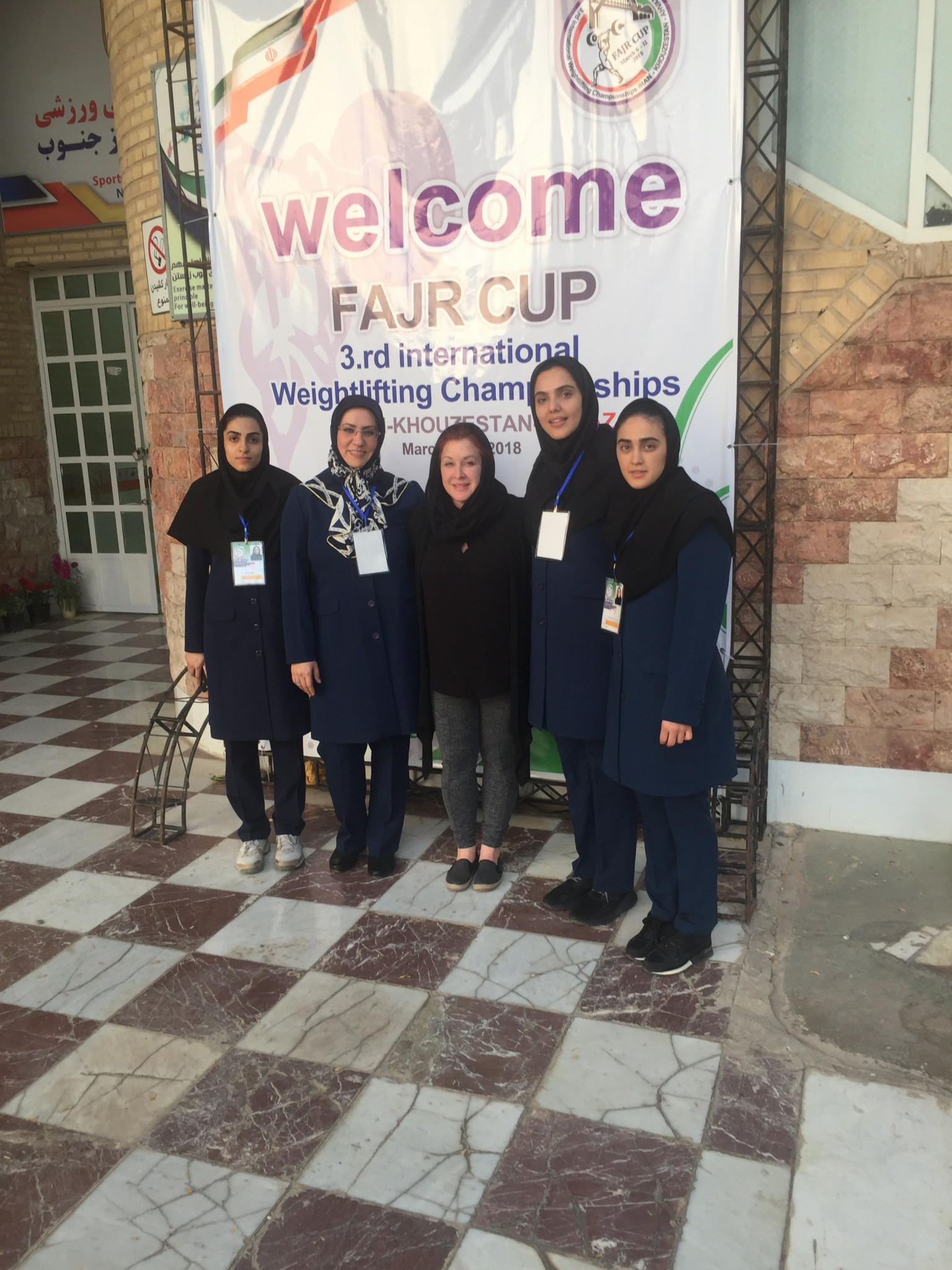 More than 30 years after the global acceptance of women into weightlifting, Iran is sending a senior female team to an international competition for the first time.

Although the entries for the Asian Championships starting in Ningbo, China, this weekend have not yet been released by the Asian Weightlifting Federation (AWF), Iran has confirmed it is sending a full men’s team of 10, and seven women aged from 17 to 22.

It is a proud moment for Ali Moradi, President of the Iran Weightlifting Federation (IRIWF), who told insidethegames, “I am very happy, very proud – we have worked so hard with our female team over the past year.”

Saudi Arabia also had women competing at a minor international event for the first time this month, so the two biggest nations in the Islamic world never to have competed in women’s weightlifting have both broken down their self-imposed barriers within a matter of weeks.

The National Olympic Committee of Iran supported Moradi’s federation and after decades of state opposition to women competing, there was a breakthrough at the Fajr Cup in Ahvaz in March last year.

That competition was for men only, but a female weightlifting development programme was launched at the same time in Ahvaz and an eight-year-old girl, Aysan Adib, gave an exhibition on the competition stage that made headlines across the nation.

A month later, Iran sent a youth team of four to the Asian Youth Championships in Urgench, Uzbekistan.

Three of them finished last in their weight category, more than 100kg behind the winner, while the best performance was by Elnaz Bajalani, who was fifth in the 63kg class, 73kg behind the Uzbek champion.

More is expected of Bajalani and the others in Ningbo.

A year of hard work in training and in running coaching courses and educational presentations throughout Iran, has produced a senior team capable of competing internationally, though Moradi says they are performing at “middle level” and have much more to do yet.

“We know we cannot take medals in the Asian Championships,” he said. “But in the future we will be better.”

He said the lifters would try hard to qualify for Tokyo 2020, for which Iran can enter a maximum of two men and two women, while Paris 2024 is the big target.

“This is an exciting development – I am really encouraged about the progress this indicates,” said Ursula Garza Papandrea, chair of the International Weightlifting Federation (IWF) Women’s Commission, who was in Ahvaz last year to help with the launch of the programme.

”This is a meaningful step for women’s weightlifting in Iran that translates as a success for all women in weightlifting.

“Congratulations to the Iranian Weightlifting Federation and Iranian Olympic Committee for their leadership in this step in support of inclusion.”

Iran’s men’s team will be missing two Olympic champions at the Asian Championships, a “gold” qualifying event for the Tokyo 2020 Olympic Games.

Kianoush Rostami, the 85kg winner at Rio 2016, has asked to stay at home and keep up his preparations for the IWF World Championships in September, while Sohrab Moradi, the 94kg Rio champion, is still making a tentative return to training after a serious back injury.

Sohrab Moradi injured his spine in training in February and was told he needed surgery but after prolonged treatment in Germany, under an Iranian back specialist in Hanover, he has returned home without going under the knife.

“He came back a few days ago and is very happy with how it went,” said Ali Moradi.

“I am sure he will compete at the World Championships – inshallah.”

The most interesting conundrum is in the super-heavyweights.

Saeid Alihosseini, a silver medallist behind Lasha Talakhadze at the 2017 IWF World Championships and again behind the now-retired Behdad Salimi at the 2018 Asian Games, needs a total to stand a chance of qualifying for Tokyo.

Alihosseini, 31, who has not competed for eight months, is expected to line up alongside junior world champion Ali Davoudi, though Iran could make a change as they can send a reserve for the super-heavyweights.

Kazakhstan’s team of 10 men and eight women, announced in the Kazakh media, includes Ilya Ilyin and Zulfiya Chinshanlo, both of whom have made a slow start after returning from suspensions for doping at the Olympic Games.

Iran will not be alone in feeling frustrated that no official entries have been released, only two days before the verification meeting.

“We are very unhappy – especially the coach,” said Moradi.

Next week’s African Championships (April 23-30) in Cairo has lost 24 athletes from its original entry list because of exclusions for “whereabouts” transgressions.

Among them are six lifters from host nation Egypt, three Nigerians and three Cameroonians.

Athletes who fail to log their whereabouts information have been excluded from several Olympic qualifying competitions in the past six months.