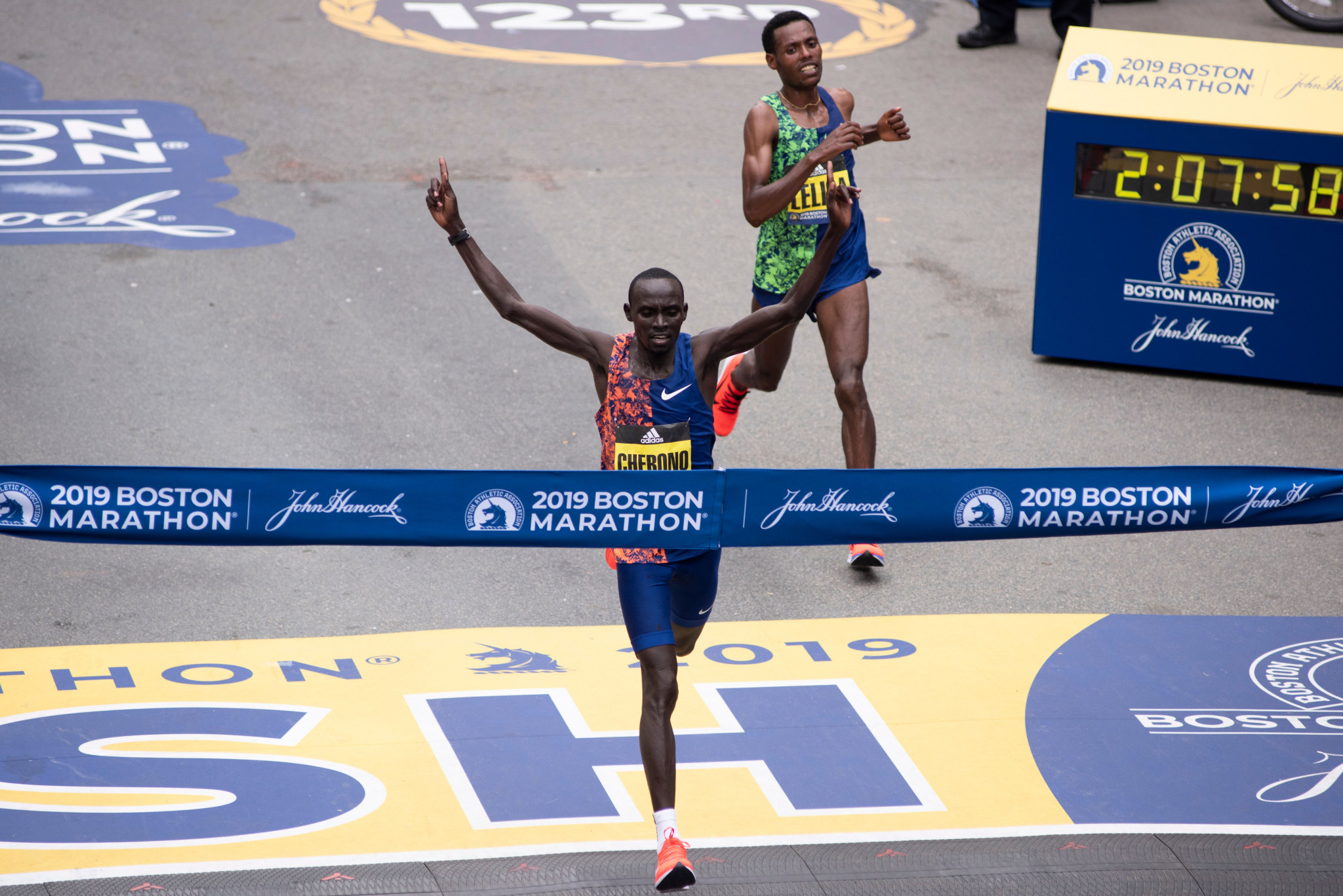 Kenya’s Lawrence Cherono and Ethiopia’s Worknesh Degefa were the men’s and women’s winners of today’s 123rd Boston Marathon in circumstances that could not have been more different.

After a grandstand sprint, Cherono crossed in 2 hours 07min 57sec, just two seconds ahead of Ethiopia’s 2015 winner Lelisa Desisa in what was the closest finish to the men’s race since 2000, when Kenya’s Elijah Lagat beat Ethiopia’s Gezahegne Abera - Olympic champion later that year - in a photo-finish after both clocked 2:09.47.

Degefa earned her first major marathon victory in 2:23:31 after breaking away and running along for the last 20 miles of this 26.2 miles challenge, with Kenya’s Edma Kiplagat a distant second in 2:24:13, with home runner Jordan Hasay taking third place in 2:25:20.

This year’s World Marathon Majors event took place in rainy, overcast conditions that were nevertheless far more conducive to running than the icy wind and driving rain last year that led to the slowest winning times in four decades.

Des Linden of the United States and Japan’s Yuki Kawauchi both returned to defend their titles, but neither figured at the sharp end of their respective races.

Cherono, Desisa and another Kenyan, Kenneth Kipkemoi, broke away during the 24th mile and were shoulder-to-shoulder heading into the final mile.

They stayed that way until Cherono and Desisa made it a two-man race with about 200 metres to go.

Degefa, previously a half-marathon specialist, is the eighth Ethiopian woman to win the race, and the third in seven years.

She won the Dubai Marathon in 2017, setting an Ethiopian national record in the process.

Twenty-year-old Daniel Romanchuk won the men’s wheelchair race with the fastest time ever by an American - 1:21:36.

Two-time winner Joan Benoit Samuelson,  61, who claimed the first women’s Olympic marathon title at Los Angeles in 1984, finished in 3:04 on the 40th anniversary of her first victory in 1979.