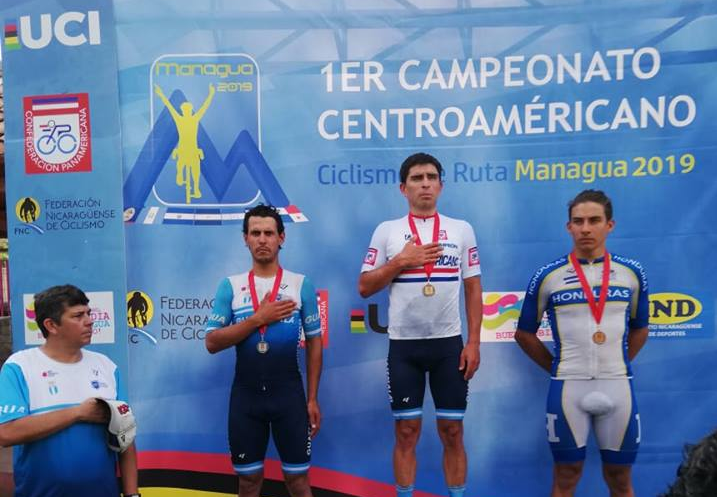 Rodas emerged as the winner of the individual time trial event one the first day of competition in Nicaragua’s capital city.

He completed the 30 kilometre time trial course in a time of 40min 20sec to achieve a comfortable victory.

Panama’s Cristopher Jurado and Guatemala’s Brayan Rios rounded off the podium, after ending 62 and 79 seconds down on Rodas’ time respectively.

Rodas then clinch road race gold on the second day of competition by completing the 135km event in 3 hours 08min 05sec.

The podium was completed by Guatemala’s Julio Padilla and Honduras’ Luis Enrique Lopez, who ended two minutes down on the winner.

Costa Rica enjoyed a clean sweep in the women’s road race as Maria Jose Vargas edged her team-mate Natalia Navarro by six seconds to win the gold medal in 1:57:31.

Their compatriot Marcela Rubiano finished five minutes adrift but was able to secure the bronze medal.

Navarro had won the time trial event a day earlier, as she completed the event in a time of 31:14.

Road race champion Vargas had claimed the silver medal at 41 seconds down, with Guatemala’s Jasmin Soto Lopez 77 seconds behind the winner to secure bronze.