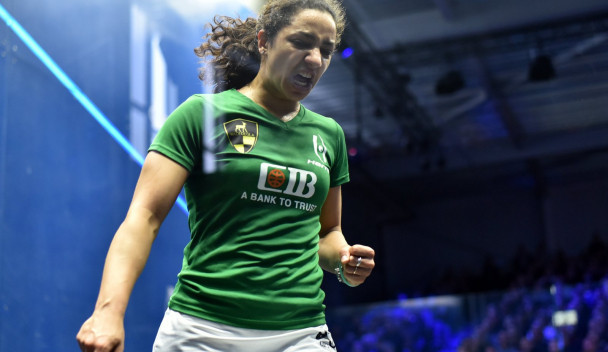 In the earlier women’s final, also an all-Egyptian affair, there was victory for world number one Raneem El Welily, who claimed her second successive title on the Professional Squash Association World Tour after battling back from 2-0 down against reigning world champion Nour El Sherbini.

El Welily, who went to five games in all of her matches in Eindhoven, said: “The five-setters really paid off eventually.

“To come back from 2-0 down against Nour is almost impossible, mentally at least, so I’m really happy with the way I managed to push myself mentally and physically and show some character towards the end.

“To win is absolutely fantastic.

🗣️ "I don’t put much pressure on myself but I’m very happy with the way I handled things. I think I played good squash and I’m looking forward to carrying that on next week."

Reaction from @AliFarag after he became the DPD Open champion 🏆

“It’s very easy being good friends off court, it’s very difficult being as competitive as we are on court.

“I enjoy it on and off court, so that’s what makes it easy.

"She is very hard to dislike!”

The 26-year-old Farag said after a final which took 46 minutes: “The first game was really tough and it was a tough one to lose.

“I’m glad I regrouped and Nour [El Tayeb] gave me a very good tip after the first.

"I always go on court with Mohamed with him being the favourite.

"He was number one when I was starting so Mohamed is always going to be favourite."