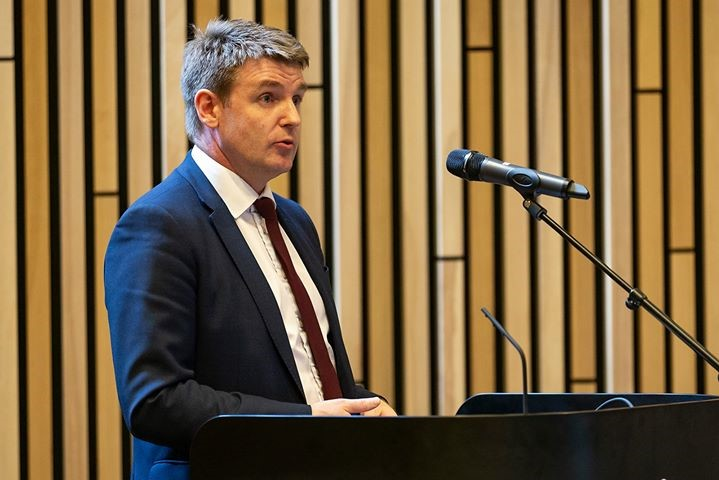 The Faroese Confederation of Sports has marked its 80th anniversary with a celebration event in the capital Tórshavn.

The FCSOC states each of the speakers have represented the Faroe Islands in one or more sports.

An exhibition outlining the history of the Faroese Confederation of Sports took place, which included highlighting the establishment of the Faroese Olympic Committee in 1982.

Athletes' success on the international stage in rowing, swimming, gymnastics and football was also examined, as well as the Faroe Islands’ participation in every Paralympic Games since 1984.

This included winning 13 medals at the Paralympics.

Membership of eight International Federations and investment in grass roots and community sport in recent years was also highlighted.

The event comes as the FCSOC continues to drive the Faroe Islands' case for Olympic recognition from the IOC.

“Senior politicians including the Faroese Prime Minister are here today celebrating the 80th birthday of our Sports Confederation and the huge role sport plays in the Faroe Islands,” said Jon Hestoy, FCSOC vice-president.

“We certainly hope that, as our campaign for Olympic recognition continues to gain traction, the future of Faroese sport will be even brighter in the years ahead.”

In January, the European Olympic Committees (EOC) permitted athletes from the territory to compete in this year's European Games in Minsk.

The EOC does not recognise the Faroe Islands – a self-governing region of Denmark – but stated it would allow the Faroese to compete in sports where the islands have a recognised national governing body.

It means athletes from the Faroe Islands will be able to compete in archery, badminton, judo and table tennis in Minsk.

The move was viewed as a step forward in the Faroe Islands' efforts to secure Olympic recognition.

Their case has been hindered by an Olympic Charter change in 1996 ruling that National Olympic Committee recognition can "only be granted after recognition as an independent state by the international community".

With their efforts to gain recognition having started prior to this change, FCSOC have hoped recognition would still be possible.

Without IOC recognition, athletes have been forced to compete at the Olympic Games under the flag of Denmark.

FCSOC’s anniversary celebrations are set to continue tomorrow on International Day of Sport for Development and Peace.

Their sport clubs are set to open tomorrow with the aim of offering people the opportunity to try taster sessions in sports they may not have tried before.

Highlights of the day are set to be collected and used in a short film, which will then be promoted by the organisation.