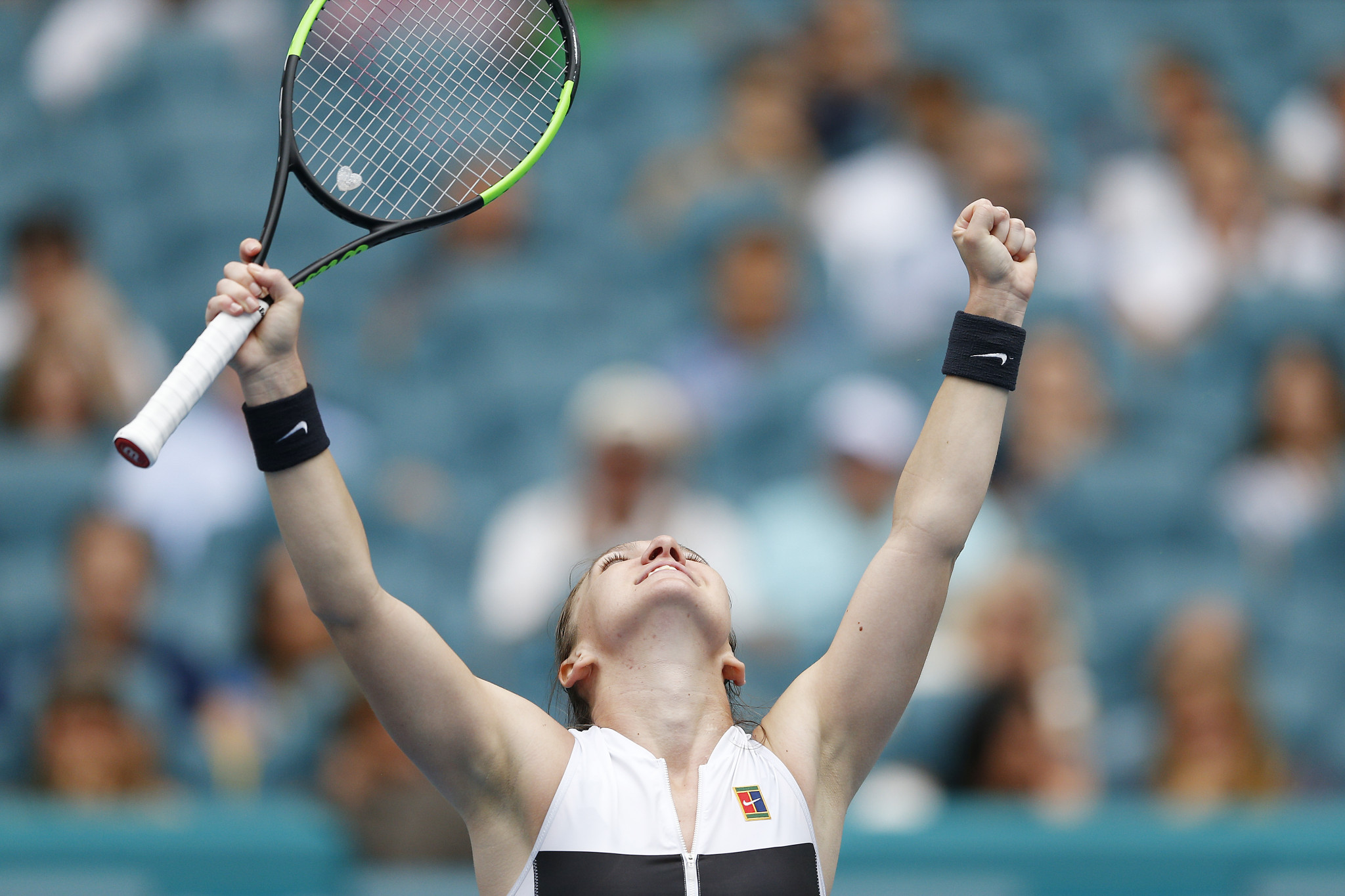 Romania's Simona Halep is closing in on the the world number one spot she lost in January following a victory over Slovenia's Polona Hercog at the Miami Open.

Halep had been world number one until January, when Japan's Naomi Osaka took her place after her victory in the Australian Open.

The Romanian, currently sitting at number three in the world rankings, can now regain her spot if she wins the the Women's Tennis Association Premier Mandatory event.

Osaka crashed out of the competition in her third round match against Hsieh Su-wei of Chinese Taipei.

Halep came from a set down to defeat Hercog 5-7, 7-6, 6-2 at Hard Rock Stadium and progress into the last 16 of the competition.

"I think it was a great match for both of us," she said.

"I'm really happy I could win it in the end.

"It was a lot of effort today."

She is now set to face Venus Williams of the United States, who today beat Russia's Daria Kasatkina 6-3, 6-1.

Defending champion and American Sloane Stephens exited the competition to unseeded Tatjana Maria of Germany, who defeated her 6-3, 6-2.

Maria is scheuled to continue her tournament against Markéta Vondroušová of the Czech Republic, who secured a 6-4, 7-6 third round victory against Belgium's Elise Mertens.

He is now due to play the defending champion, America's John Isner.

Isner had progressed in his title defence with a 7-5 7-6 win against Spain's Albert Ramos-Vinolas.