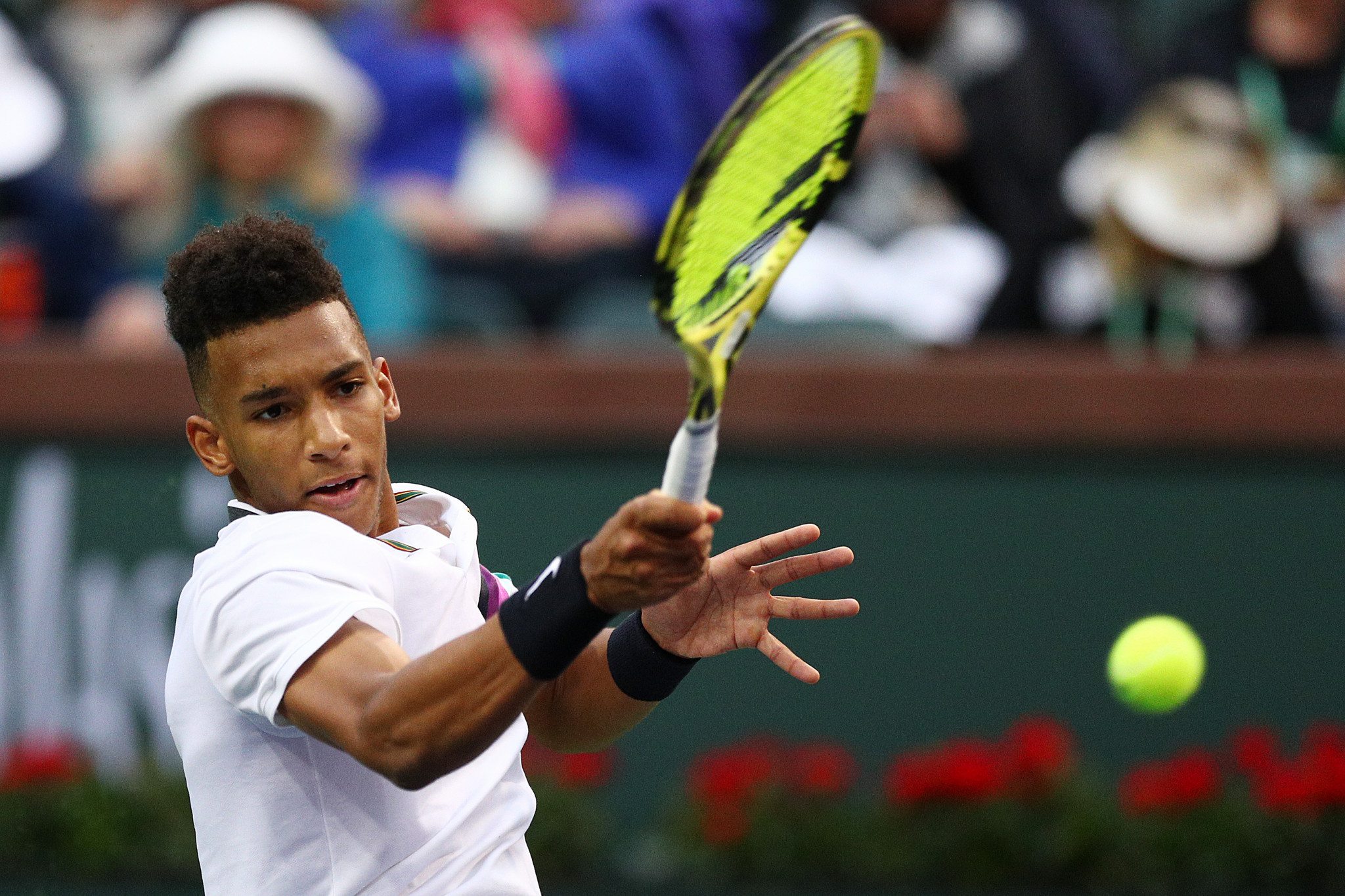 Canada’s Felix Auger-Aliassime is one win away from making his main draw debut at the Miami Open after coming from behind to beat Italy’s Luca Vanni in the first round of qualifying today.

The 18-year-old second seed triumphed 4-6, 6-4, 6-1 at the Hard Rock Stadium as action begun at the Association of Tennis Professionals World Tour Masters 1000 event.

Auger-Aliassime, who fell in the first round of qualifying last year to the United States' Mackenzie McDonald, will play another Italian, Paolo Lorenzi, for a place in the main draw.

In the Women's Tennis Association Premier Mandatory Tour event, Japan's Misaki Doi and Nao Hibino upset the top two seeds in the first round of qualifying.

Hibino also came back from a set down, eliminating number two seed Eugenie Bouchard of Canada 4-6, 6-0, 6-4 in one hour and 46 minutes.

Other high seeds made it through their opening matches.

Men's and women's qualifying will conclude and the first round of the women's main draw will get underway.