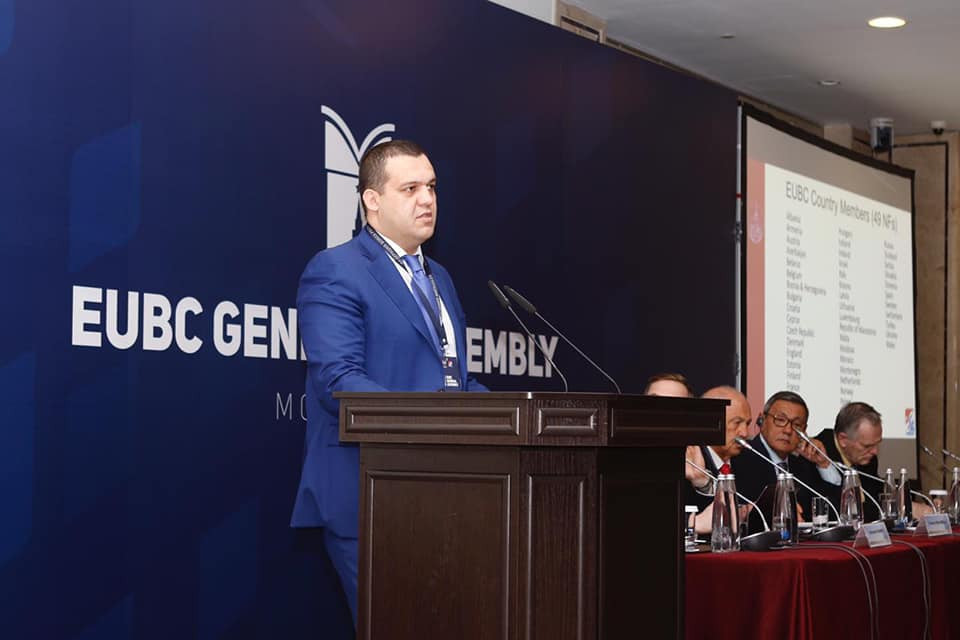 Kremlev, elected first vice-president at the EUBC's General Assembly earlier this month, secured the role at an Executive Committee meeting held in the Russian city of Vladikavkaz.

The Russian will be tasked with overseeing the work of the EUBC's various commissions.

According to a statement from the EUBC, he urged the chairpersons of the commissions and their members to increase the amount of projects and initiatives submitted to the Executive Committee.

The appointment of Kremlev, secretary general of the Boxing Federation of Russia, to another high-profile role sees the Russian official extend his growing influence in the sport.

The Russian Boxing Federation secretary general is thought to be a key ally of Gafur Rakhimov, who last week announced he was stepping down as AIBA President due to the ongoing International Olympic Committee (IOC) inquiry into the embattled governing body.

Kremlev has previously called the IOC "stupid" due to its opposition to Rakhimov and claimed the organisation would "fall apart faster than boxing is removed from the Olympic programme".

Should EUBC President Franco Falcinelli step down for any reason, Kremlev would become interim head of the continental body owing to his position as first vice-president.

The EUBC Executive Committee also set up two new commissions at the meeting, focused on communication and marketing and youth.

A plan to build a European boxing academy in the Italian hillside city of Assisi, where the EUBC is based, was given the unanimous support of the Executive Committee.

The centre was a contentious topic at the General Assembly in Moscow as some EUBC members claimed they were blindsided by the proposal.

Falcinelli stressed, however, that the training centre had been previously discussed and raised under former AIBA President C K Wu, who the Italian eventually helped remove from his position in a coup against the leadership.

A document seen by insidethegames shows Wu writing to Falcinelli in 2012 to lend AIBA's backing to the project, while Rakhimov has also declared his support for it.

England's EUBC Executive Committee member Giorgio Brugnoli asked for clarification regarding the academy at the meeting.

"The Executive Committee unanimously endorsed the positive role of this cultural and technical reference point, as a golden opportunity that Europe cannot lose," the EUBC said in a statement.

"Therefore, it was asked to EUBC President, Franco Falcinelli, to achieve the structure and to find the resources to organise training courses, through sponsors, Olympic solidarity and other institutions."