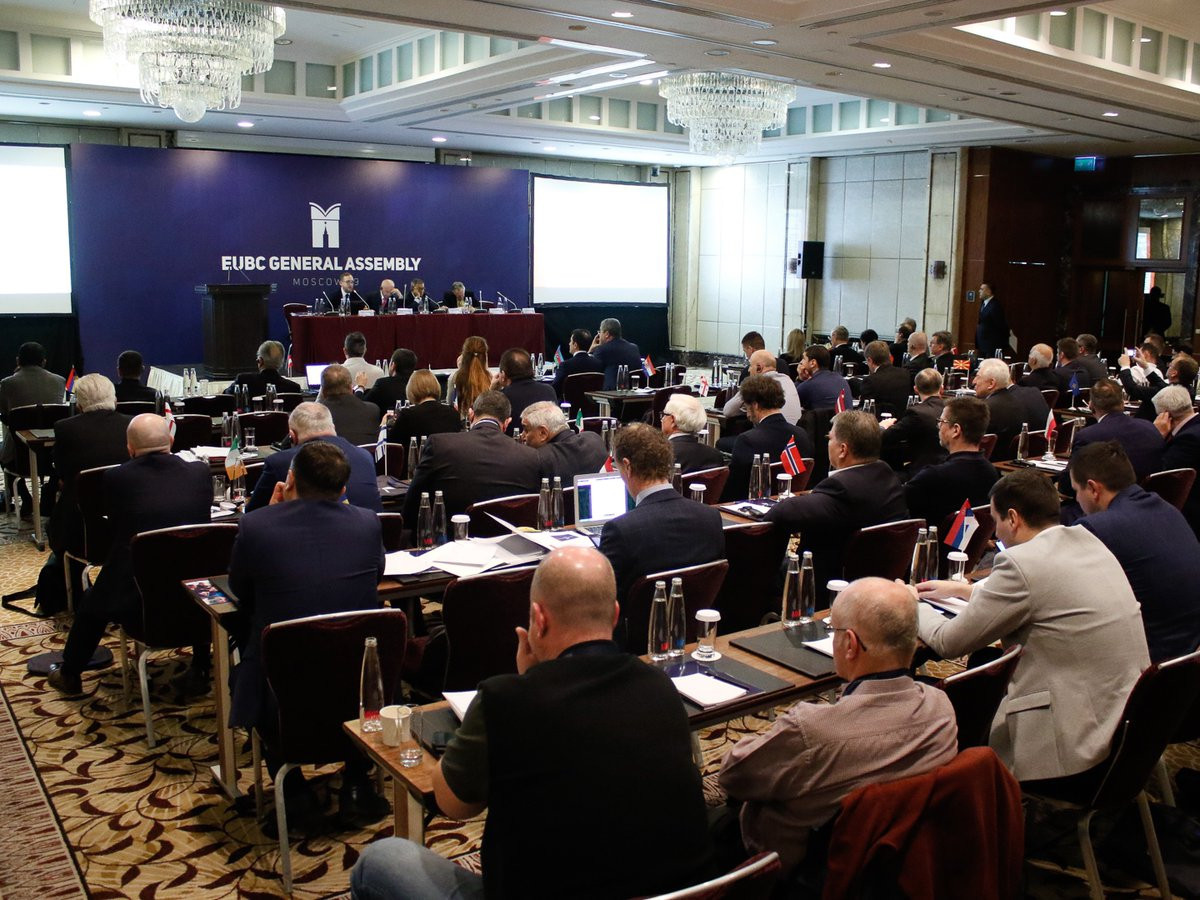 Franco Falcinelli has claimed he has been the target of unfair criticism from because of his support for International Boxing Association (AIBA) President Gafur Rakhimov but vowed to see out his term as head of the European Boxing Confederation (EUBC).

The Italian, an AIBA vice-president, told insidethegames he had been subjected to "false attacks" from "certain individuals and members who are trying to discredit me" after he faced a threat of a no confidence vote at a fractious EUBC General Assembly in Moscow last week.

Falcinelli also addressed speculation that he would step down as EUBC President to allow Russian Umar Kremlev, elected first vice-president of the continental body at the General Assembly, to assume control.

He claimed it was "not the case" that he would resign in the near future and promised he would remain President until the end of his term in 2022.

He sent a letter to all members urging them to instead back Rakhimov's Kazakhstan rival Serik Konakbayev, claiming he was trying to protect boxing's Olympic future.

Falcinelli eventually performed a U-turn and his temporary suspension for misconduct was lifted after he pledged to support the Uzbek, who comfortably defeated Konakbayev in the vote at AIBA's Congress in Moscow.

He told insidethegames this was the reason behind some of the European members' hostility towards him at the General Assembly in Moscow, marking the latest act of defiance from a high-ranking AIBA official amid the ongoing IOC investigation.

The AIBA Disciplinary Commission confirmed last month that the Italian had been formally warned but would not face any further action.

"In Moscow the right to be heard was respected, and all delegations had the opportunity to put forward motions, including the alleged threat of a vote of no confidence.

"However no motion of vote of no confidence was filed which is a clear indication that such threat was just an intimidation to put me under pressure.

"I am the target of certain Federations or individuals because I accepted the results of the AIBA Congress, which democratically elected Mr Rakhimov as President.

"I am also blindly confident that in the event the motion of no vote had taken place, the large majority of the Member Federations would have voted against it."

Falcinelli was also accused of breaching the EUBC's statutes and its constitution during the meeting for his failure to present the full audited four-year accounts of the continental body.

Further concerns were raised by a small group of members, who claimed they were left in the dark regarding a plan from Falcinelli to establish a training centre in the Italian hillside city of Assisi, where the EUBC is based.

Falcinelli stressed, however, that the training centre had been previously discussed and raised under former AIBA President C K Wu, who the Italian eventually helped remove from his position in a coup against the leadership.

A document seen by insidethegames shows Wu writing to Falcinelli in 2012 to lend AIBA's support to the project.

In another letter, also seen by insidethegames, Rakhimov said AIBA had "no objections" to the centre being established.

"Criticism is part of any democratic association, but the accusations I read are just false attacks to discredit me," Falcinelli said.

"In my opening speech in Moscow I stressed that, in this delicate and unique moment in the history of boxing, the EUBC needs to be as strong and united as ever, and I will continue to work in this direction."

On the accounts, Falcinelli added: "The accepted practice was to provide the Member Federations with a comprehensible summary of the audit.

"The EUBC has never had unaccounted or incomplete accounts and this week the member federations will receive the audit report.

"There is no issue whatsoever to change the standard practice and to provide the extensive accounting in advance."