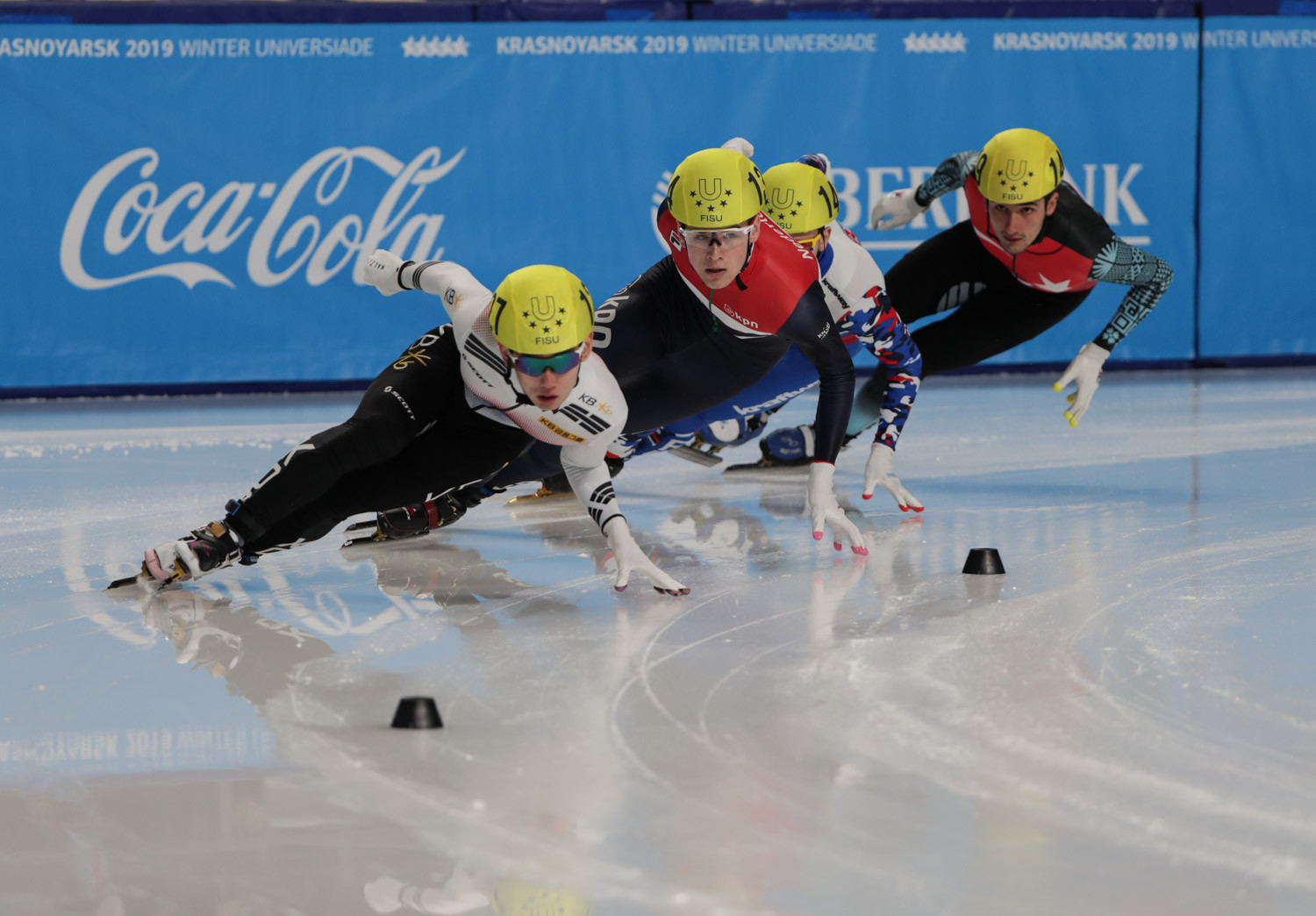 In yesterday's competition at the Arena Sever, Park clipped his compatriot and race leader Hong Kyunghwan's ankle in the final lap of the men's 1,500m final.

The resulting crash meant the rest of the field overtook both skaters, squandering their places on the medal podium.

He overtook crowd favourite Konstantin Ivliev in the penultimate lap, the Russian ending up in third place with a time of 41.149.

South Korea did not enjoy as much success in the women's final, an event of high drama.

The race was restarted once following a false start by Russia's Emina Malagich before stopping again due to a collision between France's Aurelie Noelle Monvoisin and South Korea's Park Jiyun.

Monvoisin slid into Park, causing both skaters to thump into the barriers surrounding the rink.

With both athletes unable to pick themselves up straight away, the final was stopped and they were both able to recover.

Once it was back underway, Monvoisin immediately shot ahead, triumphing in 43.919.

Russia's Ekaterina Efremenkova was second with a time of 44.087, while Park finished third in 44.813, despite clearly struggling from the crash.

Elsewhere, the competition's second ski orienteering event took place at the Raduga Cluster, having made its Winter Universiade debut yesterday.

Russia's Sergei Gorlanov upgraded yesterday's bronze in the sprint to gold in the pursuit, winning in 34:38mins.

His compatriot Vladislav Kiselev, took the silver medal in 35:48, while Finland's Misa Jykri Juhan Tuomala won the bronze with a time of 35:59.

In the women's event, Russia's Marina Viatkina was the clear winner in 31:48.

Finland’s Mirka Suutari crossed the line in 33:19 to come second, while her compatriot Liisa Nenonen, yesterday’s sprint champion, was another 0.02 seconds behind to finish third.