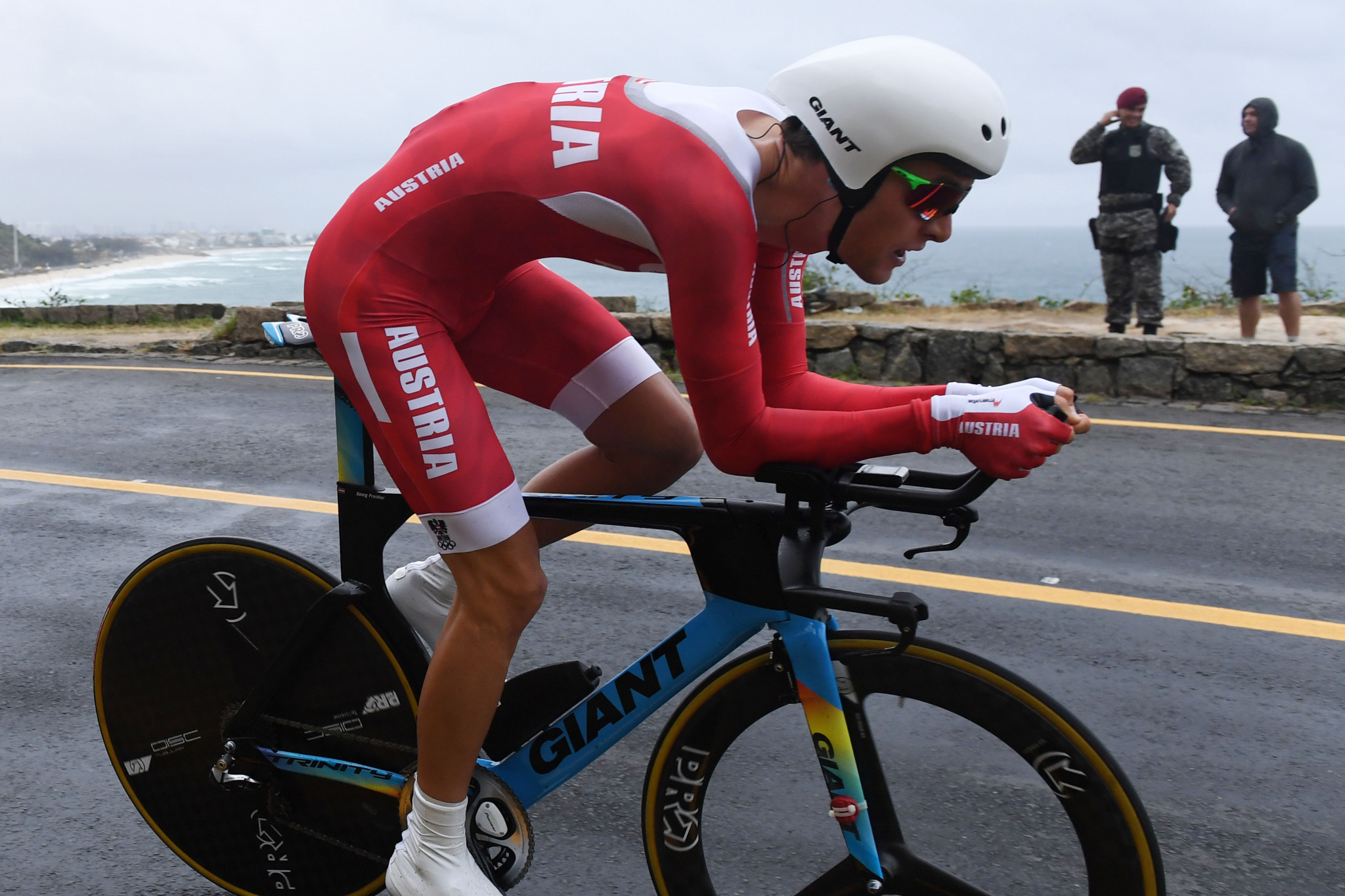 Two Austrian cyclists have admitted to doping in the aftermath of five athletes being detained in dramatic raids as part of a targeted operation against a worldwide drugs network at the International Ski Federation (FIS) Nordic Ski World Championships in Seefeld.

Austrian media reports that Stefan Denifl and Georg Preidler have both come forward, with the latter telling the Kronen newspaper that he "couldn't live with this secret any longer" and had handed himself in to police in Graz.

A German team doctor, identified as Mark Schmidt, and two assistants were arrested in a separate raid in Erfurt last week as part of the investigation into an alleged international doping ring.

"The past few days have been a nightmare," Preidler said.

"I didn't know if I would get found out.

"I didn't know whether this doping doctor had concealed everything."

Preidler stated that he had been sought out by the doping ring and had only begun doping "recently".

He claimed that his professional successes had been "clean".

"It was the biggest mistake of my life," Preidler added.

Preidler has resigned from his team Groupama-FDJ.

Groupama-FDJ said in a statement that the rider presented a "spontaneous and immediate" resignation yesterday, prior to making his confession.

"Given the seriousness of the facts and in total opposition to the ethical principles still defended by the team and its sponsors Groupama and FDJ, Marc Madiot (General Manager) took note of his resignation and made it effective immediately," the statement reads.

Groupama-FDJ also stated that it has already contacted several organisations, including the International Cycling Union (UCI), the Movement for a Credible Cycling and the French Anti-Doping Agency, to inform them about the case and to reiterate its commitment to the transparency and the fight against doping.

Prosecutors announced yesterday that another cyclist - named in Austrian media as Denifl - had admitted to doping offences.

The UCI said it was aware of the news regarding the two riders.

"As it was not implicated in this investigation, which was not aimed at cycling, the UCI does not have any first-hand information concerning confessions made by cyclists," they said.

"The UCI has asked the Cycling Anti-Doping Foundation (CADF), the independent body mandated by the UCI to define and lead the anti-doping testing strategy and investigations in our sport, to request the cooporation of the Austrian authorities and the World Anti-Doping Agency to ensure all information directly or indirectly concerning cycling is handed over without delay.

"The UCI will also ask the CADF to offer any assistance that could help the investigation."

All five skiing athletes detained in Seefeld have been provisionally suspended.

In a statement on Friday (March 1), the FIS confirmed it had provisionally banned Kazakhstan's Alexei Poltoranin and the Estonian duo of Karel Tammjarv and Andreas Veerpalu pending an investigation.

Max Hauke, reportedly caught in the middle of a blood transfusion in a video which emerged on Thursday (February 28), and Dominik Baldauf have received the same sanctions but fall under the jurisdiction of the Austrian National Anti-Doping Agency.

According to German newspaper Frankfurter Allgemeine Zeitung, blood bags and other items associated with doping were seized during the raid.

Prosecutors have said all five athletes have admitted to doping offences and have since been released after they were detained last Wednesday (February 27).

Tammjarv said he had been doping since 2016 and that his team-mate Veerpalu, son of double Olympic gold medallist Andrus Veerpalu, who himself was initially banned by the FIS for three years before the Court of Arbitration for Sport acquitted him in March 2013, was aware of what had been going on.

Tammjarv told a press conference he was introduced to a German doctor by former head coach of the Estonian national Nordic skiing team, Mati Alaver.

He claimed he first tried blood doping at the 2016 World Championships in Lahti in Finland but it made him ill instead of enhancing his performance.

Tammjarv revealed he then travelled to see Schmidt in Frankfurt and Berlin and began working with the German doctor, which included re-injecting blood.

Andrus and Andreas Veerpalu were allegedly supposed to join Tammjarv at a press conference on Friday (March 1), but the skier claimed they both left the hotel without explanation.

The video purporting to show Hauke, a cadet in the Austrian police, having a blood transfusion was reportedly leaked by a member of the team which conducted the raids, launched in an attempt to crack down on the doping ring.

According to the Austrian Press Agency, the official who leaked the video, which has caused widespread shock in the sporting world, has been suspended.

In a statement, the FIS claimed the arrests were made as part of a "wide, long-term, investigation into a doping operation by a German sports medicine doctor involving multiple sports".