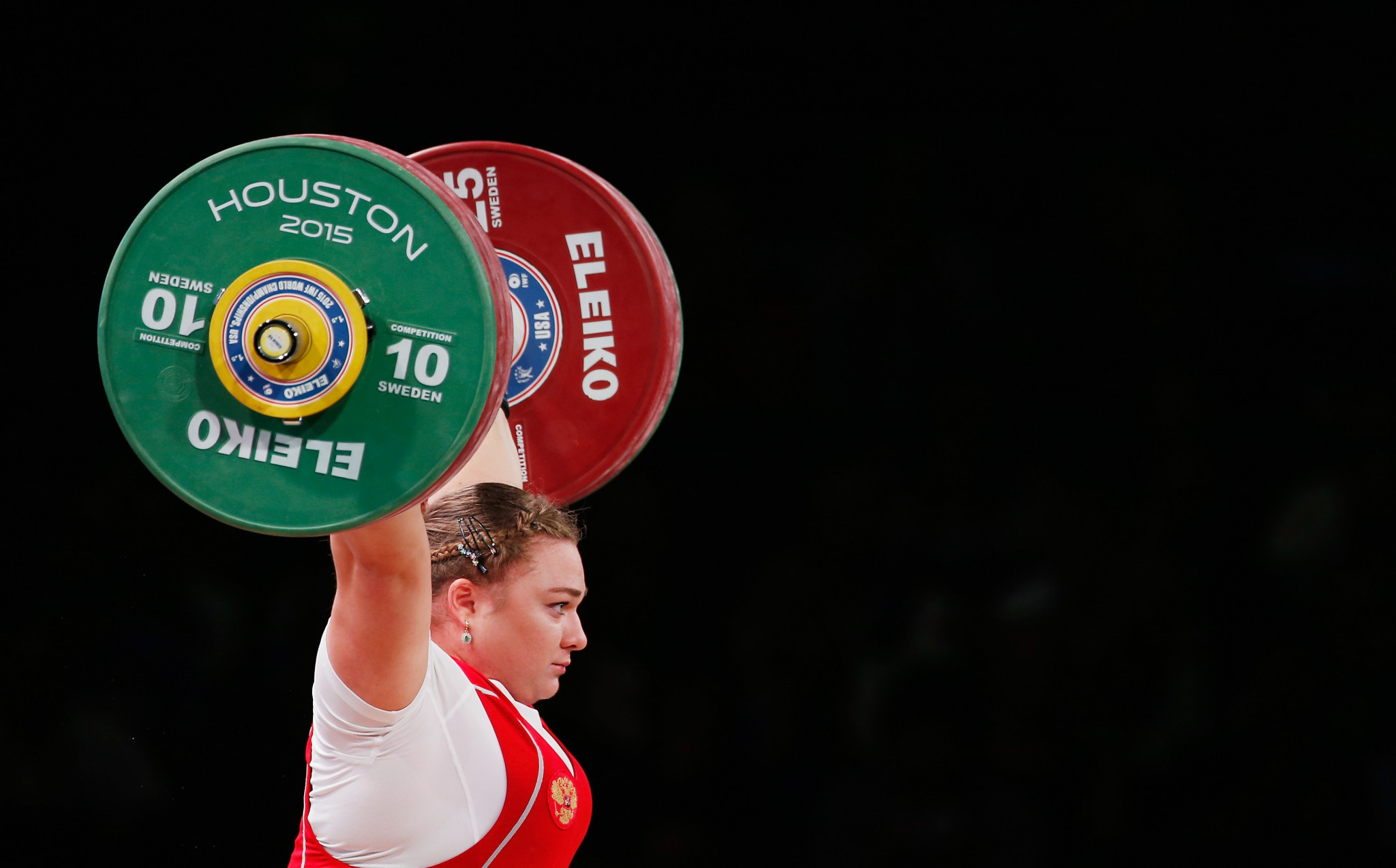 Kashirina was only third behind two Chinese lifters, the World Championships runner-up Meng Suping and the outstanding teenager Li Wemwen, who was making her first appearance in international competition.

There was another surprise reversal of World Championship placings in the women's 87 kilograms, in which North Korea's Kim Un Ju gained revenge for her defeat last year by China's Ao Hui.

The most joyful celebration of the week was by Jules Riotto, one of two Americans on the podium on the final day.

Riotto, 21, was delighted to finish third in the 87kg, while Jessie Bradley won the 81kg, in which she was the only entrant.

Kashirina, who returned from Russia's one-year suspension to take the world title in Ashgabat, Turkmenistan last November, looked on course for victory after winning the snatch with 145kg, but she dropped away in the clean and jerk.

Zhang Guozheng, coach of China's women's team, said he thought Kashirina had a back injury that affected her performance.

"Our victory proves nothing as Kashirina was not at her best," said Zhang.

"But Li was a surprise for us.

"She is young and talented and I'm pretty sure she can do better during qualifying for Tokyo 2020."

Li, who is in the local Fujian province team, lifted 142-182 for a total of 324kg, just 1kg behind Meng, the Olympic super-heavyweight champion in Rio, in Kashirina's absence.

In the 87kg Kim made her last two lifts to defeat world champion Ao.

The bronze medallist in the World Championships, Crismery Santana of Dominica, bombed out in the snatch, giving Riotto her chance for bronze, on 234kg.

There was a gold medal and a winner's cheque for sole 81kg entrant Bradley, who managed 222kg and at 22 is a year older than Riotto.

There were small fields in the heaviest men's classes, both won by Chinese athletes who retired after five good lifts.