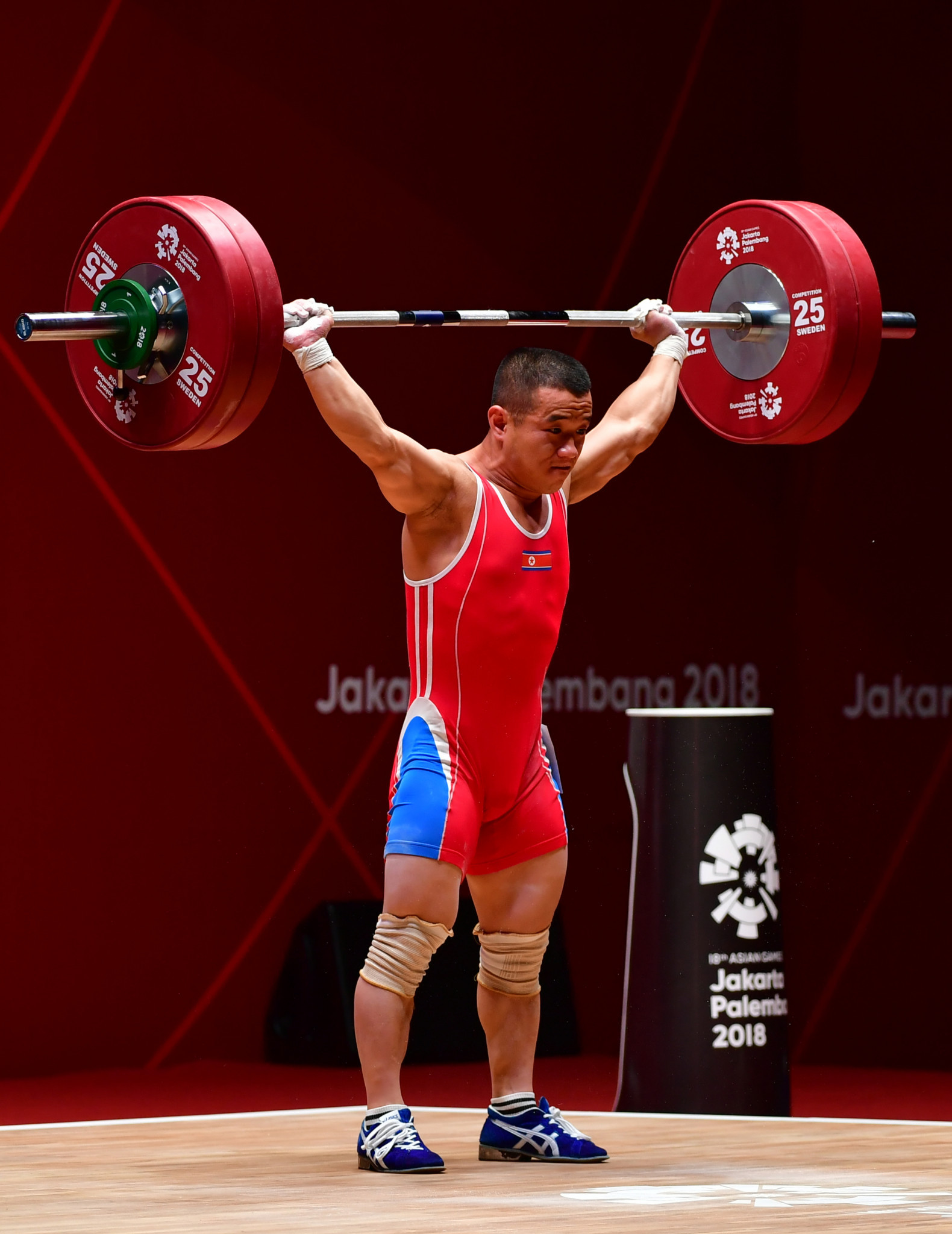 There were two world records for China, and a resounding defeat for a North Korean Olympic champion, on day one of the International Weightlifting Federation (IWF) World Cup in Fuzhou, an Olympic qualifying event.

The world records, in the women's 49 kilograms, went to 21-year-old Hou Zhihui in snatch and total.

Hou was named in China's team for the Rio 2016 Olympic Games but suffered a knee injury just before the start and was replaced.

She looks well set for selection for Tokyo 2020 too, and will hope to stay fit.

Li Fabin, a silver medallist for China in last year's IWF World Championships, also went for a snatch world record in the men's 61kg but he injured his back in failing, and withdrew from the clean and jerk on home soil.

Back in fourth place and 16kg behind Yuli's winning total of 297kg was Om Yun Chol, the North Korean who famously won Olympic gold from the men's 56kg B Group at London 2012 and took silver in Rio four years later.

Om, 27, one of the few men to have lifted three times his own body weight, struggled in his first attempt at the new minimum-weight Olympic class of 61kg despite winning the clean and jerk with 161kg.

Weighing in at 58.70kg, Om was giving at least 2kg to his five rivals.

He found himself in the very unusual position of being the second lifter called in the snatch, failed with three of his six lifts, and his total was lower than what he made in winning gold at 55kg in the World Championships last year, his fourth world title.

If putting on 5kg, or 10 per cent of his bodyweight, is difficult for Om, the American Cortney Batchelor has made an even more remarkable change.

Less than five years ago Batchelor, 27, finished sixth in the Pan American Championships as a 63kg lifter.

Since then she has competed at 58kg, then 53kg and here in Fuzhou she was fifth in the new 49kg class, having shed more than a fifth of her bodyweight along the way.

"Her only realistic chance of getting to the Olympics is in this class," said her coach Ursula Garza Papandrea, who is President of USA Weightlifting.

Batchelor's 170kg total was 3kg behind fellow American Morghan King in fourth, with Beatrix Piron of Dominica third and North Korea's Song Gum Ri second - all of them a long way behind the popular winner and world record holder Hou, from Hunan province.

Hou finished second to Chayuttra Promongkhol at last year's IWF World Championships, but is in line to be promoted to first place as Promongkhol is one of the eight Thai lifters who tested positive at those Championships in Ashgabat, Turkmenistan.

Promongkhol still holds the clean and jerk record of 120kg but if she is disqualified Hou, who lifted 116kg here, will have a clean sweep of world bests.

In the snatch Hou - who won here as a 53kg lifter at the 2015 IWF Grand Prix, when she was 17 - made her mark with 94kg, and could have bettered it but for failing with her third attempt at 96kg.

In the clean and jerk she retired after two lifts, having set a record total of 210kg to finish 17kg clear of Song.