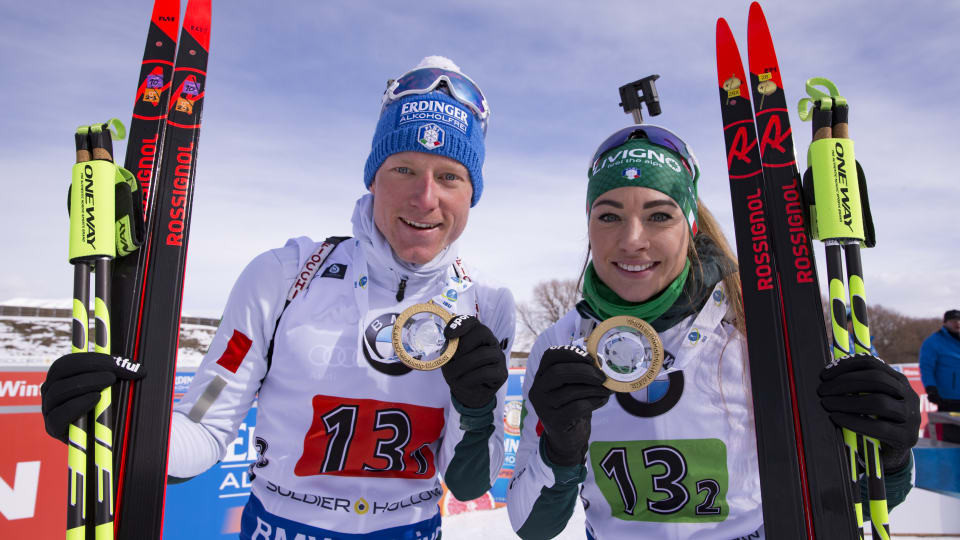 Hofer and Wierer, currently second in the women’s World Cup standings, won their event for Italy in 35min 27.9sec ahead of Austria and France.

To seal the win Wierer had to come from behind on the anchor leg.

"At the last shooting, I was seven seconds behind, so I knew I had to shoot fast and clean," she said.

"I felt confident, there was no wind, and everything was perfect."

Lisa Theresa Hauser, who finished second for Austria with her team-mate Simon Eder, admitted afterwards that Wierer was "unbeatable".

We wave good-bye from @soldier_hollow with the highlights of the Mixed Relay! #SOHO19

But don't worry -- next week the #OECH19 in Minsk-Raubichi will be broadcast on https://t.co/bk5aBBso9Q. Biathlon isn't gone for long! pic.twitter.com/LYrUW1syf7

Her victory made Wierer the first Italian and only third biathlete of any nationality, to win a race in all six disciplines.

French team-mates Martin Fourcade and Marie Dorin Habert are the only two others to have managed the feat.

In the second race, the French quartet of Fillon Maillet, Desthieux, Aymonier and Chevalier crossed the line first in 1 hour 03min 51.4sec.

That saw them beat Germany by 13.5 seconds and Norway by more than a minute.

On the second leg, the French found themselves 26 seconds behind Norway’s Johannes Thingnes Bø, though they took the lead on the third stage through Aymonier.

Chevalier then shot clean on the anchor leg to seal the win.

With the Salt Lake City event over, the biathletes will now prepare themselves for the IBU World Championships, due to take place in Östersund in Sweden from March 7 to 17.