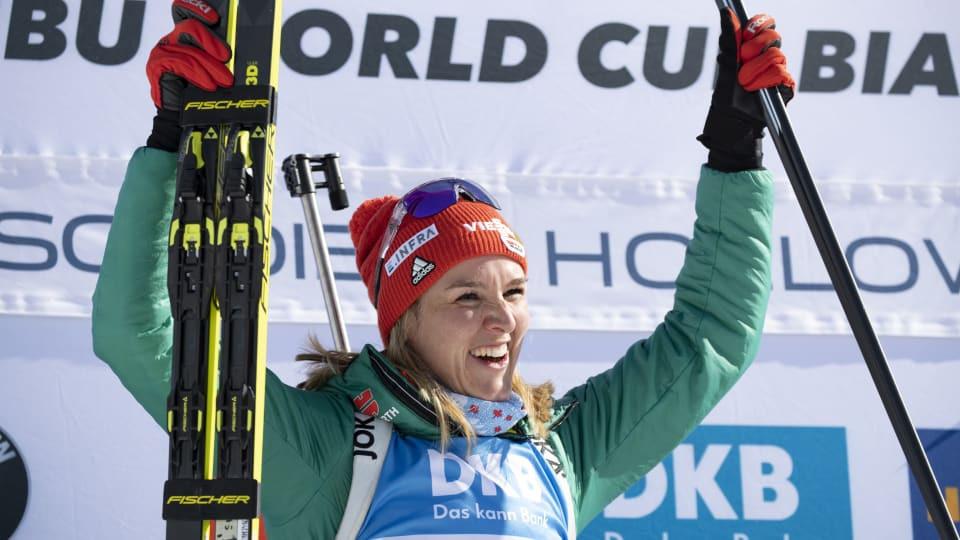 France’s Quentin Fillon Mallet and Germany’s Denise Hermann each picked up wins on a day of pursuit action at the International Biathlon Union World Cup in Salt Lake City.

Mallet’s victory in the men’s race was just the second of his World Cup career, while Hermann topped the podium for just the third time in the women’s event.

In her race, which went ahead first at Soldier Hollow, she crossed the line in 28min 03.4sec having surged away from the rest of the field in the last 600 metres.

Hermann seized the win ahead of her compatriot Franziska Hildebrand and Finland’s Kaisa Makarainen, despite having picked up two penalties.

"It is an amazing feeling; it is always nice to win," Hermann said.

"A sunny day, a double for Germany makes it even nicer."

Exactly 17 years to the day since the first Winter Olympic pursuit went ahead at the same venue, the women’s race began amid clear skies and cold conditions, making the course fast.

With almost no wind at all Norway's Marte Olsbu Røiseland, - who eventually finished fourth – and Makarainen led into the first prone but both missed, meaning the lead was lost to Slovakia's Anastasiya Kuzmina, who ended up finishing fifth.

After the second prone, Hermann found herself in third, 19 seconds back, before moving into second after the first standing, behind her compatriot Hildebrand.

With just 600m to go Hermann took the lead and held on for victory, with her German team-mate finishing just 4.2 seconds behind.

In the men’s race, Mallet shot clean to seal a more comfortable victory in 30:55.8, 25.9 seconds ahead of Norway’s Vetle Sjaastad Christiansen, winner of the sprint yesterday, and 47.3 seconds ahead of France's Simon Desthieux.

The overall World Cup leader Johannes Thingnes Bø just missed out on the podium, finishing fourth.

Tomorrow the Salt Lake City event is set to come to an end with mixed relay races.