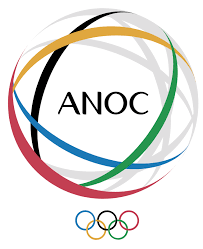 The Association of National Olympic Committees (ANOC) has confirmed the members of its 2019 Commissions.

According to the organisation, those selected "draw from the significant experience and expertise across the global NOC family".

ANOC approved the names at an Executive Council meeting last month with the announcement delayed until after everybody had been informed.

The same meeting agreed to cap Commission membership at 10 to "ensure they can work as effectively and productively as possible".

It was the first meeting since President Sheikh Ahmad Al-Fahad Al-Sabah stepped aside following allegations of forgery, which he denies.

He is currently listed as self-suspended and plans to return to the role following a legal case.

Twelve Commissions have been confirmed for 2019 with four retaining the same chair.

Britain's Sebastian Coe again chairs the Youth Commission, whose members are yet to be confirmed, with Hong Kong's Timothy Fok still leading the Events Commission.

Changes include Berhane Dagmawit of Ethiopia taking over from St Lucia's Richard Peterkin in charge of the Finance Commission.

Chris Milne of New Zealand will now lead the Medical Commission, taking over from Mitchell, while American Suzanne Lyons will take over from compatriot Larry Probst III at the helm of the Marketing and New Sources of Finance Commission.

The new Athletes' Commission chair is Papua New Guinea's Karo Lelai, who replaced the outgoing Barbara Kendall of New Zealand following an election at the General Assembly in Tokyo in November.

Four new Commissions have also been created while the Modernisation Follow-Up Commission led by Australia's Kevan Gosper has been removed having "fulfilled its mandate".

A Culture and Education Commission will be spearheaded by Russia's Stanislav Pozdnyakov and an Ethics Commission, set-up in Tokyo, will be led by Spain's Jose Pinto Sala.

"We are delighted to announce the composition of the 2019 Commissions," said Mitchell.

"There is so much experience and knowledge throughout the membership and we are excited to see what they come up with over the course of this year.

"ANOC's ultimate mission is to protect and advance the collective interests of the NOCs and the Commissions are critical in ensuring that ANOC is constantly self-assessing where it can improve and determining the areas where it can enhance its support for NOCs."

The ANOC Commissions are tasked with "identifying ways ANOC can improve the support it provides NOCs and develop creative solutions to problems they may face".

They will meet regularly throughout the year to "discuss and develop tangible initiatives that benefit NOCs".

The full list of the Commission membership can be found here.