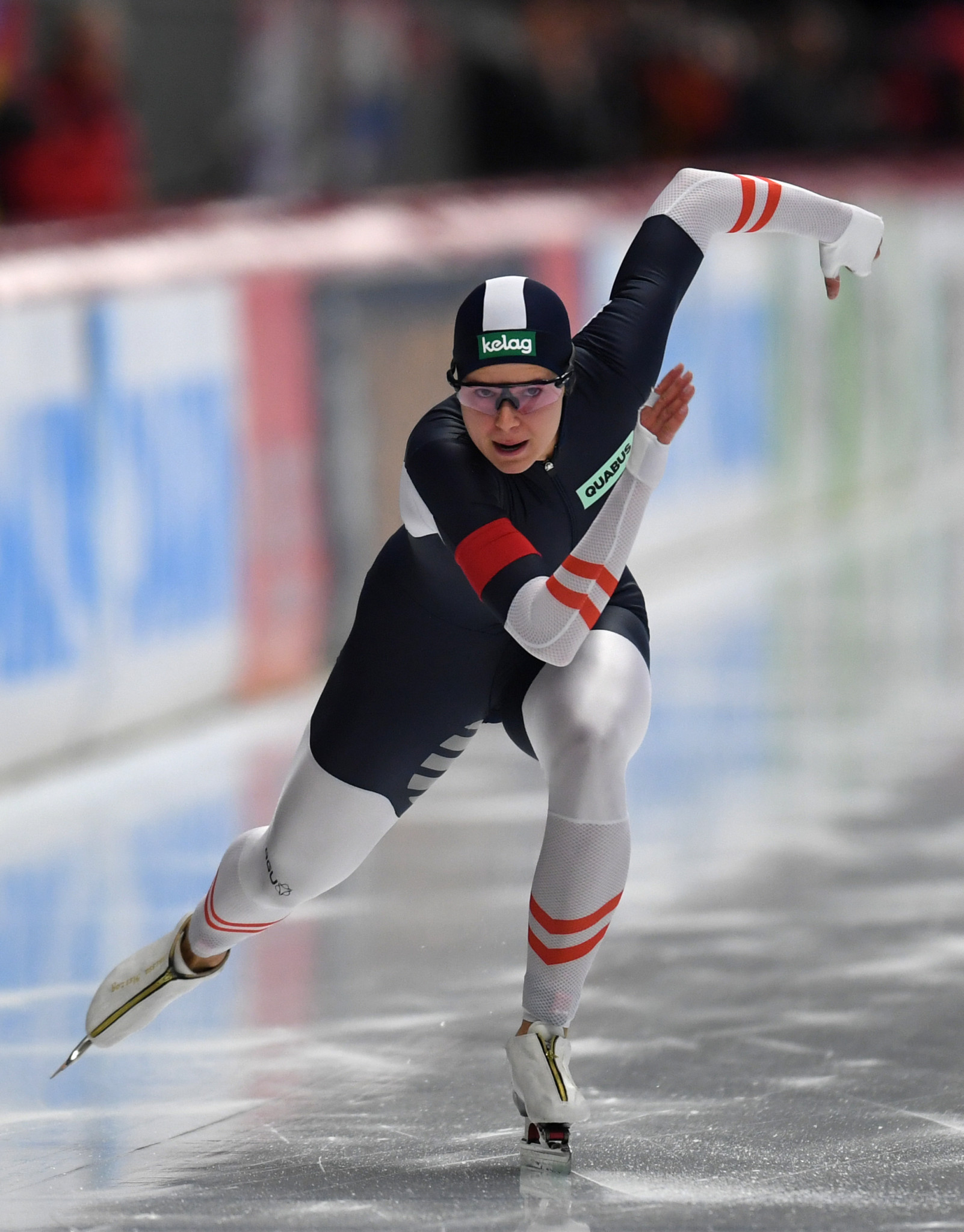 Kodaira entered the event at the Aicher Arena as the defending champion and is also the reigning Olympic gold medallist over the sprint distance.

She was favourite to add another title but was upstaged by 2018 European champion Herzog who won the first major global title of her career.

The Austrian zipped home in 37.124sec, a track record and a personal best.

It meant Kodaira had to settle for silver in 37.202 with her Japanese compatriot Konami Soga taking bronze in 37.607.

In the men's 500m Russia's Ruslan Murashov came out on top to also claim a first major title.

He clocked a track record 34.225 to seal success after three minor medals at previous editions of the Championships.

The Olympic champion was again upstaged as Norway's Pyeongchang 2018 winner Håvard Holmefjord Lorentzen was forced to accept silver in 34.356, despite this being a personal best.

Viktor Mushtakov won another Russian medal with bronze in 34.432.

They remain on top of the medal table, however, after adding the men's team pursuit title to the double they claimed in the team sprints yesterday.

Legendary skater Sven Kramer bounced back after losing his 100 per cent record at the Championships over the 5,000m distance yesterday by teaming up with Marcel Bosker and Douwe de Vries for gold.

Kramer, a four-time Olympic champion who now boasts 29 world titles, had to make do with bronze on day one but the trio clocked 3:38.43 to win today.

It meant a measure of revenge over Norway's 3,000m winner Sverre Lunde Pedersen who won silver with Håvard Bøkko and Sindre Henriksen in 3:40.80.

Titles over 1,000m will also be settled.