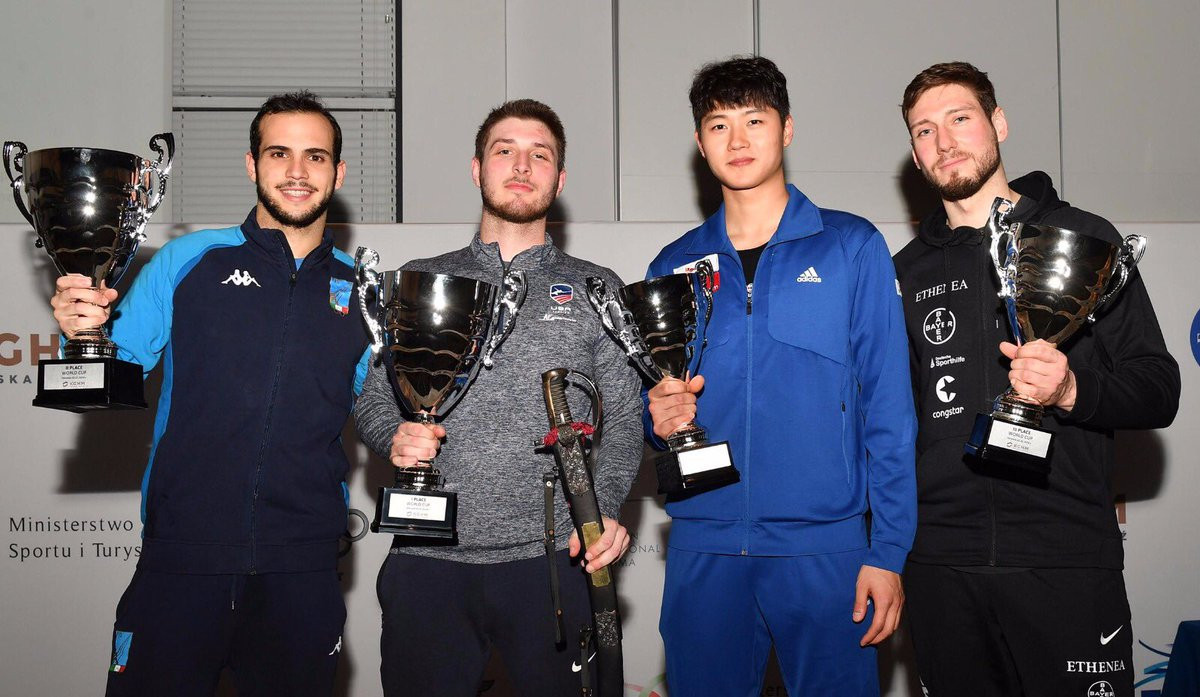 Top-seed Eli Dershwitz of the United States claimed his first gold medal of the season as he triumphed at the International Fencing Federation Men's Sabre World Cup in Warsaw.

The 25-year-old World Championships silver medallist justified his billing as the one to beat as he overcame Italian Luca Curatoli 15-9 in the final at the Polish Olympic Committee buildings.

Curatoli joined the American in the final by defeating Germany's Max Hartung by the same scoreline.

Oh and Hartung's semi-final losses meant they finished with the bronze medals.

Dershwitz was in good form throughout the day, winning an all-American clash with Olympic team-mate Daryl Homer 15-13 in the last 16.

The American then dispatched another South Korean, Lee Jong-hyun, 15-11 to book his place in the semi-finals.

Dershwitz will team up with fellow Olympic squad member Homer, Khalil Thompson and Andrew Mackiewicz in tomorrow's team event, bringing the latest World Cup of the season to a close.