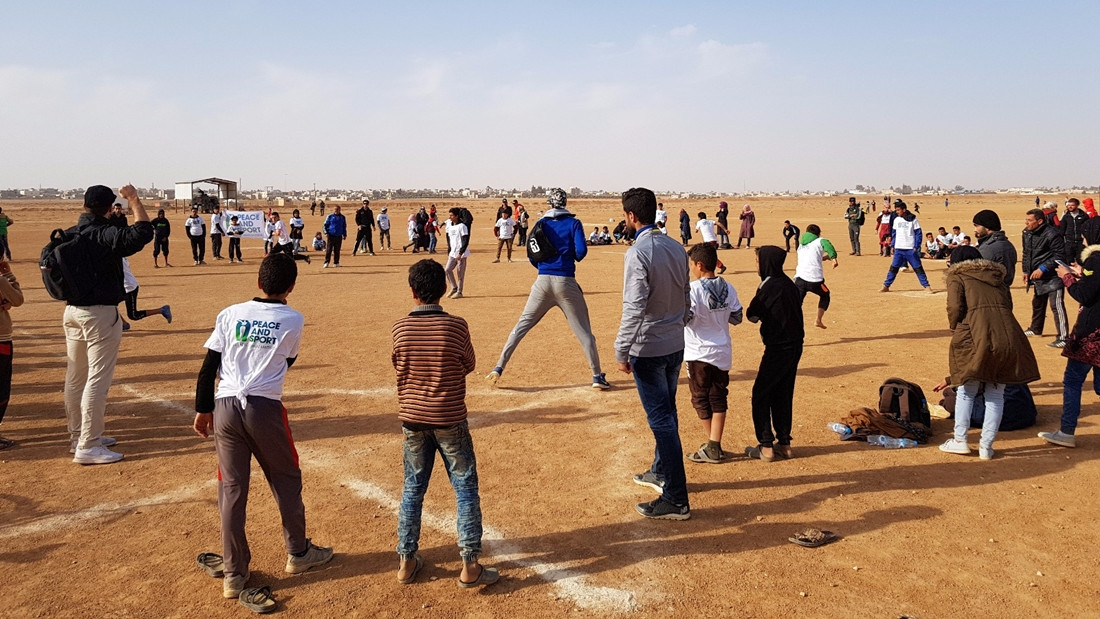 The World Baseball Softball Confederation (WBSC) has introduced the Baseball5 format to the Zaatari Refugee Camp in Jordan.

A two-day coaching workshop was held at the camp, which is run by the United Nations High Commissioner for Refugees.

It was part of a project between the WBSC and Peace and Sport, with Zaatari the world's largest camp for Syrians who have fled the crisis in their country.

Baseball5 is a new format of the sport designed to appeal to youth and help with the bid to remain on the Olympic programme following Tokyo 2020.

The workshop taught the basics of the sport to 30 coaches, teachers and project coordinators.

All of the equipment needed was provided by the WBSC.

Exhibition games were held while men and women played together in mixed teams - a first for any sporting activity at the camp.

"Baseball5 has increased WBSC's ability to harness the power of sport and do good around the world," said WBSC President Ricardo Fraccari.

"Baseball5 only needs a ball and a flat surface.

"It's low-cost and accessible, and allows us to have a positive impact on communities that can tremendously benefit from access to sport.

"I want to thank Peace and Sport, the Jordanian Olympic Committee the United Nations Agencies and all the other NGOs for helping us to deliver this important programme at the Zaatari camp.

"The chance to play sport will have a positive impact on the lives of children living in this difficult situation, and I hope our work at Zaatari can be a model for similar programmes in under-served communities around the world."

Peace and Sport President and founder Joel Bouzou added: "Since 2017 Peace and Sport has been promoting sport for social cohesion through the 'Live Together' programme in Zaatari Refugee camp.

"So, it was obvious to us to partner with WBSC and bring Baseball5 to the camp, a simple, cheap and accessible sport that can be easily played by young refugees and create positive social change."