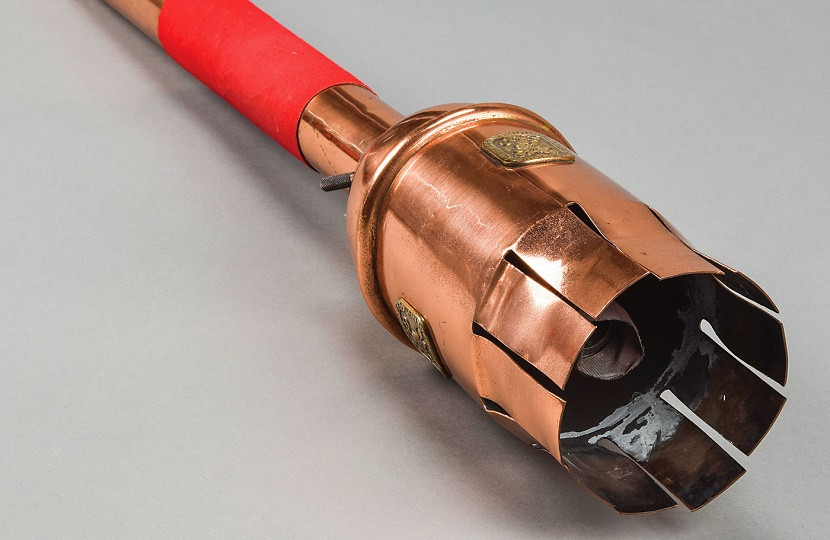 The Torch, one of just 33 manufactured by the Society Technical Equipment and Industrial Supplies, is composed of a handsome pink-gold bronze alloy with red felt-wrapped grip.

It was used by French wrestler Daniel Robin to light the Olympic Cauldron during the Closing Ceremony in Grenoble’s Le Stade de Glace on February 18 in 1968.

The Torch features a long, narrow combustion chamber with a crenelated upper section representing the flame.

The sides of the head are decorated with two silver plates featuring the Grenoble emblem designed by Roger Excoffon, depicting the Olympic rings and a snowflake, and encircled by the text, "X Olympic Games".

Robin, who owned the Torch for the past half-century until his passing in May 2018, lit the last Grenoble Olympic flame seen before it was extinguished.

Eight months later, Robin would become the first wrestler to capture two silver medals in the freestyle and Greco-Roman at the same Olympic Games in Mexico City.

"Any Grenoble Torch would stand out as one of the rarest and most sought-after Olympic Torches ever made, and their desirability has been heightened by the recent 50th anniversary of the Games," Bobby Livingston, executive vice-president at RR Auction, told Sports Collectors Daily.

"The use of this particular Torch in the Closing Ceremonies of the 1968 Grenoble Winter Olympics doubtlessly makes it the finest example in existence."

The auction included other Olympic Torches.