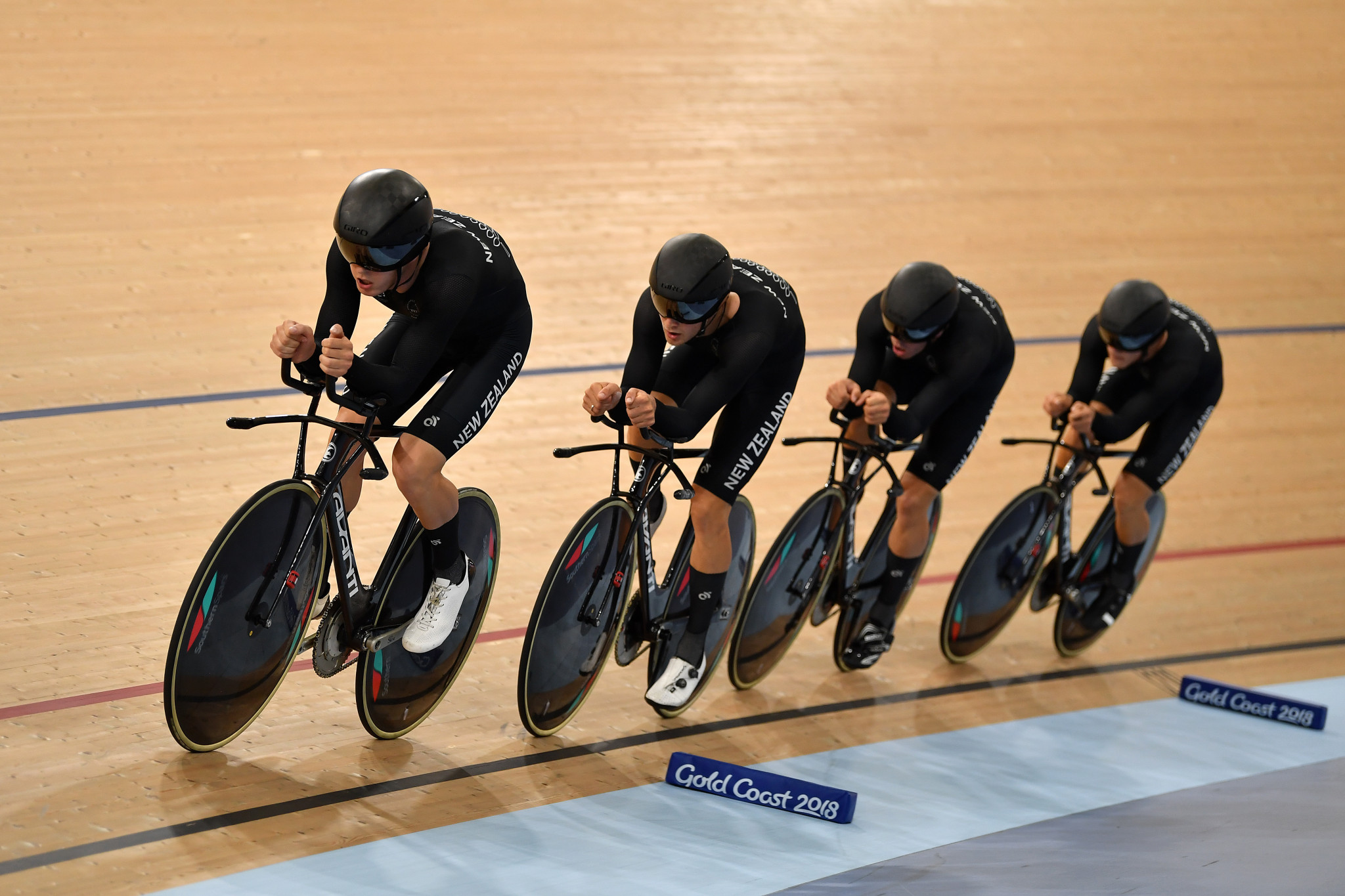 New Zealand got proceedings off to a strong start at their home International Cycling Union Track Cycling World Cup in Cambridge today, picking up three gold medals from four events.

The three-time world champion men’s team sprint claimed their first World Cup victory in over a year at the Avantidrome.

France won the bronze medal final against China after they finished in 43.328.

That win for New Zealand was then backed up with an emphatic victory in the women’s team pursuit.

Racquel Sheath, Bryony Botha, Rushlee Buchanan and Kristie James came together to beat Canada in their final in a national record time.

They finished in 3:50.159, once again beating Canada, to set a national record by over two seconds.

“Straight after we finished the ride, we could see Canada out of the corner of our eye, so I looked straight up at the board,” Stewart said.

“I knew we were going fast but to actually ride that quick, you don’t really think about it until it’s actually happened.

“So yeah, I looked straight up at the board and was amazed and then it’s partly because of the crowd out there that really cheered us on all the way to the line.”

Bronze went to Switzerland, who beat the United States in the final for third place with a time of 3:55.204.

The day’s only other final was won by the Holy Brother Cycling Team from China in the women’s team sprint.

Chaorui Song and Shanju Bao won in 33.460, beating the French pair of Sandie Clair and Mathide Gros by two tenths of a second.

Poland took the bronze by beating New Zealand’s Subway Track Trade team with a time of 33.710.