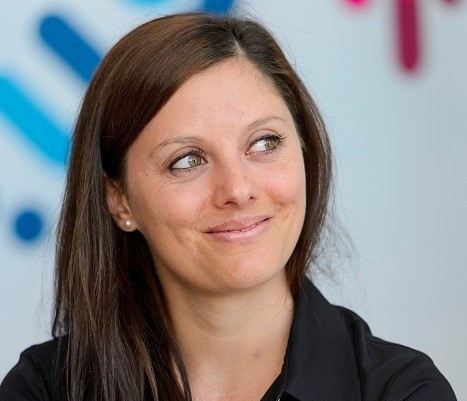 Swiss freestyle skiing star Virginie Faivre has been appointed as President of the Lausanne 2020 Organising Committee and succeeds the late Patrick Baumann.

She was in charge of the cultural and educational aspects of Lausanne's bid to host the next Winter Youth Olympic Games and ensured that the proposals appealed to young aspiring athletes.

Thirty-six-year-old Faivre was announced as a ambassador of the Games in October.

She will begin her role as President on January 7, succeeding Baumann who tragically died of a heart attack in October while attending the 2018 Buenos Aires Summer Youth Olympics.

Baumann had been a key figure in the Lausanne 2020 project since its inception and was one of sports governance's most influential characters, also serving as an International Olympic Committee (IOC) member and President of the Global Association of International Sports Federations among other roles.

"It is a great honour, of course, but above all a great joy for me to participate in the organisation of this great event, which is very dear to me," said Faivre.

"Our victory at the IOC Session in Kuala Lumpur in 2015 was one of the highlights of my career.

"I feel a similar emotion today.

"Together with Patrick, I helped lay the foundations of the project during the bid phase.

"Over the past four years, alongside the Organising Committee led by Ian Logan, he has done extraordinary work.

"I look forward to working in this continuity with the team, bringing my own sensitivity, athletic experience and knowledge of winter sports."

Philippe Leuba, vice-president of the Executive Committee of Lausanne 2020, said Faivre was an "obvious choice".

"First, she's been part of the project from its beginning," he said.

"But she also embodies a certain spirit of the 'new' winter sports that is very compatible with the concept of Youth Olympic Games.

"She will further intensify the relations we have with sport and youth in the country, which are at the heart of the project.

"We are all looking forward to starting working with her."

The Lausanne 2020 Youth Olympic Games is being held from January 9 to 22 with 1,880 athletes from more than 80 countries expected to compete.

One-year-to-go celebrations will be held in the Swiss city next week, the Olympic capital where the IOC and numerous other sporting federations are based.

The city beat Brasov in Romania to win the right to host in 2020.