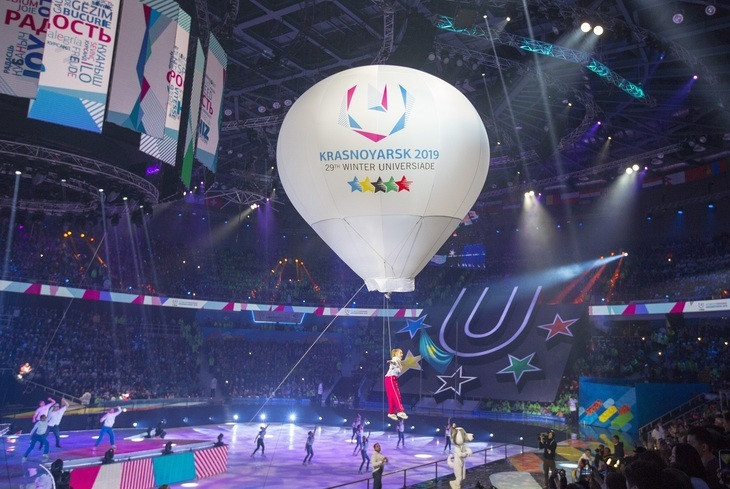 International University Sports Federation (FISU) are in talks with the International Testing Agency (ITA) over an agreement for doping controls at the 2019 Winter Universiade in Krasnoyarsk.

FISU confirmed to insidethegames that an agreement could be reached in the coming month with the ITA.

The ITA was formed earlier this year, claiming to act independently of any sports organisation or national interest.

Its establishment was billed as a key step in the global fight for clean sport.

Several International Federations have since handed their anti-doping functions to the organisation, who look ready to take a growing role in handling testing at major sporting events.

The ITA now look set to work at the Winter Universiade in collaboration with FISU.

The Winter Universiade is due to take place from March 2 to 12 in the Russian city Krasnoyarsk.

FISU President Oleg Matysin was quoted by Russian media as claiming the Russian Anti-Doping Agency (RUSADA) could potentially have an involvement.

FISU have confirmed RUSADA could contribute, but this would only be as part of an education and prevention programme.

"FISU and the International Testing Agency (ITA) are working together to reach an agreement for the doping control services of Krasnoyarsk 2019 Winter Universiade," a FISU statement read.

"The principle of this agreement is for testing to be done by ITA and International Doping Tests and Management AB (IDTM), using the IOC-accredited doping control laboratory in Siebersdorf, Austria, with RUSADA only involved in an education and prevention programme.

"The expected date of this signing is 15 January."

RUSADA’s potential involvement comes amid continued uncertainty as to whether Russian authorities will meet the December 31 deadline to grant WADA access to data and samples stored at the sealed-off Moscow Laboratory.

In a statement today, WADA reiterated its belief that the crucial five-person technical visit to the Moscow Laboratory would take place "before the end of the year" but did not specify a date.

RUSADA director general Yury Ganus has claimed this will happen by December 22 but there has not yet been any official confirmation, fuelling speculation that Russian authorities may fail to meet the deadline.

WADA has repeatedly warned that RUSADA will be declared non-compliant once again, under tougher sanctions, if they are not granted access to the Laboratory by the end of this month.