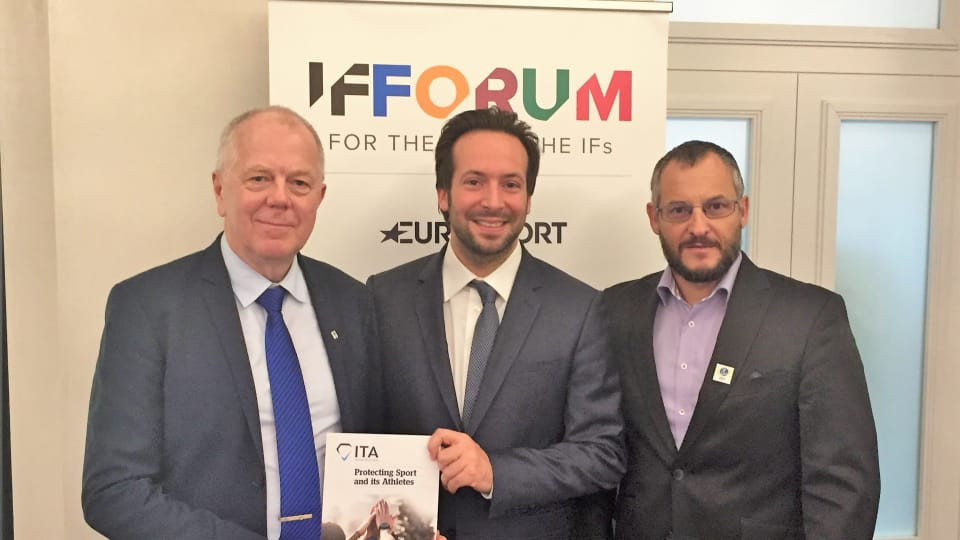 The terms of the deal are unclear as exact details have not yet been revealed.

In a statement, the IBU said the precise anti-doping services the ITA will provide will be announced in the coming weeks.

Joining the ITA was one of the demands made by the International Olympic Committee (IOC) in order for the sanctions on the IBU - imposed following the corruption scandal allegedly involving the previous leadership - to be lifted.

A commitment to sign up to the ITA, established earlier this year, was one of the reasons why the IOC restored direct financial payments and removed sanctions on the IBU last week.

The IBU claim the agreement with the ITA is the latest positive step taken by the federation to enhance its anti-doping programme.

An external audit of the IBU's anti-doping system was carried out by the Institute of National Anti-Doping Organisations (iNADO), which praised biathlon's worldwide governing body but urged them to be more transparent in dealing with cases.

A criminal investigation into claims Russian doping cases were covered up by the previous leadership remains ongoing, while the IBU recently decided to conduct their own external review of the allegations.

The IBU appointed English lawyer Jonathan Taylor to chair the External Review Commission, which will provide a report to the Executive Board.

"Our partnership with the ITA is the latest demonstration of our commitment to delivering robust and independent anti-doping programmes that will ensure clean biathlon," said IBU President Olle Dahlin.

"Protecting clean athletes and providing a level playing field is a key priority for the IBU.

"Partnering with the ITA will allow us to do that and ensure that our athletes, fans and stakeholders can have complete trust in the integrity of our competitions."

World Taekwondo signed an agreement to hand over its anti-doping programme to the ITA last month.