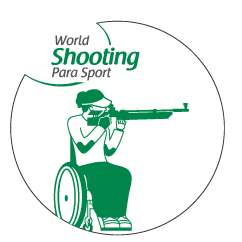 Tunisia’s National Paralympic Committee hosted the Tunis 2018 Shooting Para Sport Open International Competition along with a development course in what was the first event of its type in the region.

A total of 20 athletes from four National Paralympic Committees – Tunisia, Libya, Kenya and Uganda - competed in the competition.

Lieutenant Bassem Ben Hadj Yahia competed in the event after he lost his left leg in 2013 in a terror attack.

"I dream of bearing the flag of my country at the next Paralympic Games," Tunisian Yahia said.

"I also dream of bearing the white flag as symbol of humanity and peace.

"This way, I would give a lot of hope and say that despite the difficult times we’re living in, the world has not reached the end.

"Today, I fight terrorism with sport."

In addition to the competition, 21 trainees also participated in the coaching development course.

With the support of World Shooting Para Sport (WSPS) and the Agitos Foundation, Tunisia’s Paralympic Committee was able to organise the two-part course.

"We hope that this event is just the start of launching shooting Para-sport in Tunisia and in Africa," Salah Riahi, a course participant and member of Tunisia National Paralympic Committee, said.

"We learned many things from this first edition, and for sure, it will be beneficial for the popularisation of shooting Para sport in Tunisia and African region."

WSPS manager Tyler Anderson was encouraged by the participation in the event and thanked the local organisers.

"Over the past two weeks, we witnessed enthusiasm and passion from the African region to take up shooting Para-sport," he said.

"When the course participants and athletes were given the opportunity to practice the sport, they were eager to build off what they had learned.

"We plan to host more shooting Para sport competitions in Tunisia and thank all those that made this historic event possible."