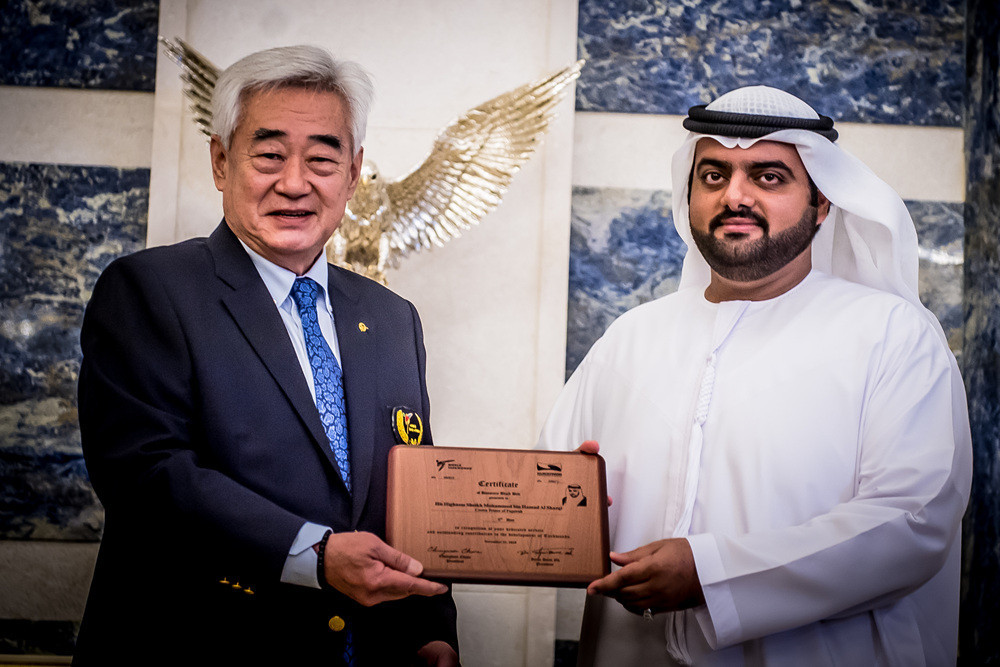 The Crown Prince was also presented with a ceremonial plaque and a copy of the World Taekwondo's 45th anniversary book at the Rumailah Palace in the United Arab Emirates.

Fujairah played host to a trio of season ending-events including the Grand Prix Final, the World Taekwondo Team Championships and the fifth Annual Gala Awards.

Choue thanked the Crown Prince and the Organising Committee for their efforts in hosting the three events as well as the G1-ranked Fujairah Open tournament.

"Fujairah is doing a wonderful job," said Choue, who also thanked the royal for his support of the sport.

As well as the gifts from Choue, the Crown Prince also received a Chinese scroll from the vice mayor of Wuxi, Liu Xia.