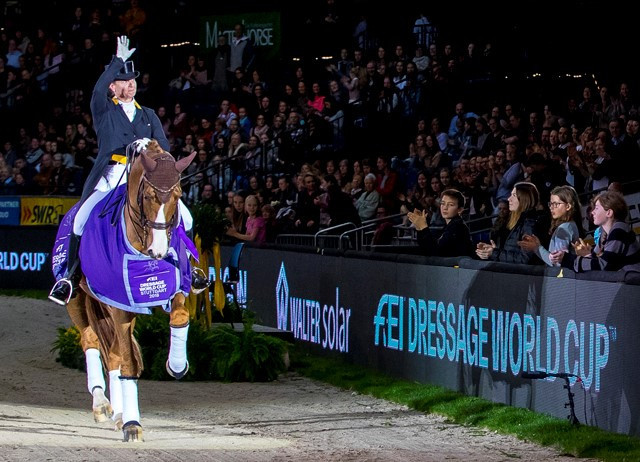 Germany's Isabell Werth was in predictably dominant form as she clinched a home victory at the International Equestrian Federation Dressage World Cup leg in Stuttgart.

She led a German 1-2-3 at the Schleyer Halle as Dorothee Schneider scored 81.840 for second with Sammy Davis Jr.

"This was her last show before her injury four years ago, so to come back today and to win like this is something special," said Werth, who also won in Lyon in France at her last Western European League outing.

"She was a bit tense in the canter work and I got behind the music, so I had to push it and that was the reason for the mistake in two-tempis.

"She was brilliant again for the rest of the test.

"The piaffe/passage couldn’t have been better and her half-pass extensions were super."

The circuit will move to Spanish capital Madrid next weekend.