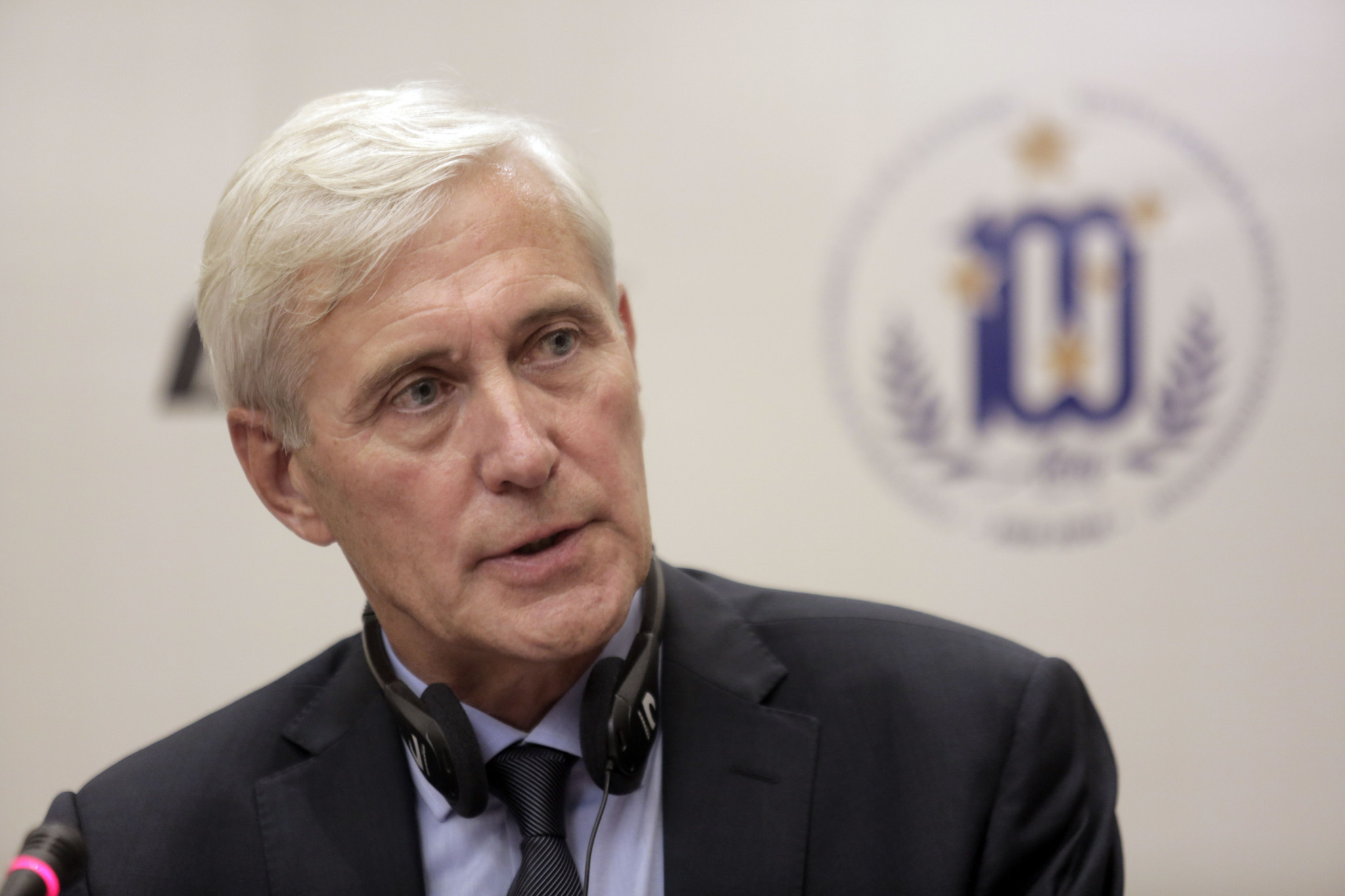 Talks took place in Rome today between representatives of the Russian Athletics Federation (RusAF) and the Taskforce established by the International Association of Athletics Federations (IAAF) in 2015 to verify anti-doping reforms that will enable the country to have its current suspension from international competition lifted.

"The IAAF Taskforce is having regular meetings with the Russian Athletics Federation and one of these meetings is scheduled for today in Rome," an IAAF spokesperson told insidethegames.

"Based on the discussions and the information gathering from those meetings with RusAF, it is preparing reports to be presented by the independent chair Rune Andersen in the IAAF Council.

"The next report will be presented in one month (December 3-4) during the IAAF Council meeting in Monaco."

Andersen remained tight-lipped after the meeting.

"I'm on my way back to Oslo," he told insidethegames.

"Not anything I can say at this stage.

"We'll report to Council on December 4."

Following the decision of the World Anti-Doping Agency (WADA) on September 20 to accept the Russian Anti-Doping Agency as compliant once again with its code - subject to several commitments - there has been widespread controversy and debate.

Russia has been warned by the IAAF and International Paralympic Committee (IPC), both of which are currently operating bans on Russian athletes competing internationally pending specified anti-doping reforms, not to expect those bans to be automatically lifted following the WADA decision.

RusAF responded on September 26 by announcing it was appealing the IAAF decision to continue its suspension at the Court of Arbitration for Sport.

The IAAF was the first organisation to suspend Russia in November 2015 following allegations of state-sponsored doping and the IPC banned them on the eve of the 2016 Paralympic Games in Rio de Janeiro.

Russian authorities must also provide access to the data from testing of samples at the Moscow Laboratory from 2011 to 2015, so the Athletics Integrity Unit "can determine whether the suspicious findings reported in the Moscow lab's LIMS database should be pursued".

In addition, the IAAF want the Russian Government to pay their expenses incurred in the investigation and for the setting up of the Taskforce headed by Norway's Andersen, a figure believed to be run into several million dollars.

The IAAF is due to discuss the situation at its next Council meeting in Monaco on December 3 and 4 but will not consider lifting the ban until all the data from the Moscow has been evaluated.

"The setting of our own criteria and the process of evaluating progress against these criteria has served the sport of athletics well over the last three years so we will continue to rely on the Taskforce and our clear roadmap for RusAF's reinstatement until we are satisfied that the conditions have been met."