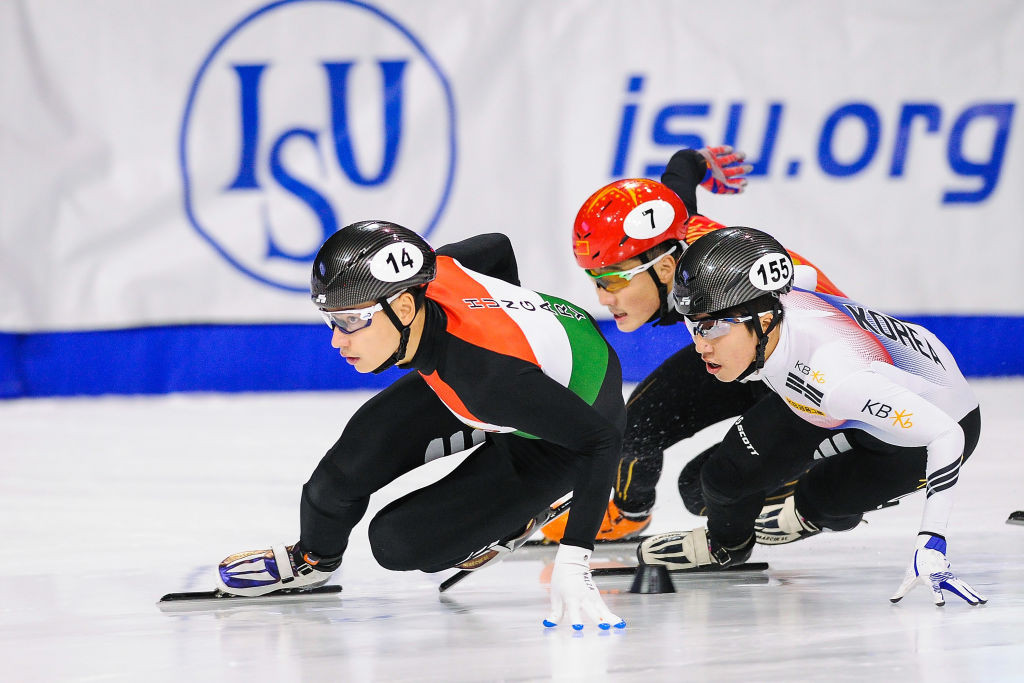 The Liu brothers, Shaolin and Shaoang, excelled as the Hungarian quartet clocked 6min 28.625sec at the Olympic Oval in the Canadian city.

Cole Kreuger, who has switched allegiances to Hungary from the United States, was also a part of the team alongside Csaba Burjan.

They have eclipsed the previous world record of 6:29.052 set by the United States in November 2017.

Hungary won the Olympic 5,000m relay title at Pyeongchang 2018 in February with both Liu siblings and Burjan on the team.

"I was just screaming.

"I was shouting, 'yes baby', wanting to high-five my coaches, and then I went to hug my brother, and he said, 'look at the screen'.

Shaolin also won a bronze medal in the second men's 500m event of the World Cup, which was again won by China's Olympic champion Wu Dajing.

Wu then added a second gold of the day and a third of the event as China won the mixed relay in front of The Netherlands and South Korea.

In women's events, Suzanne Schulting led a great day for the Dutch.

She added to her 1,500m victory yesterday by taking the spoils over 1,000m, the distance where she won Olympic gold at Pyeongchang 2018.

It was a clear victory as Sofia Prosvirnova of Russia came second and Veronique Pierron of France third.

"It's still a little bit unreal to think about that Olympic final," said Schulting.

"I've watched it back several times, and each time I'm like, 'this is so crazy'.

"But I think it helped focus me for the whole summer.

"And then the first race this weekend I was a little nervous, but after that it was all gone, and I was really relaxed and skating well.

"There's always pressure on you after you win something, and it gets more and more as you get better, but right now, things are perfect."

Schulting was also part of the Dutch mixed relay team which won silver behind China.

Her compatriot Lara van Ruijven won the second 500m event of the weekend in a surprise result.

Poland's Natalia Maliszewska, the winner of the first 500m event yesterday, was fourth this time while South Korea's reigning world champion over the distance Choi Min-jeong exited after the quarter-finals before blaming a lack of fitness.

Choi did win a silver in the women's 3,000m relay, which was won by Russia with Canada third.

Winter sports are currently a big talking point in Calgary, with a plebiscite on a potential 2026 Winter Olympic and Paralympic bid due for November 13.

The next World Cup of the season will open in Salt Lake City on November 9.