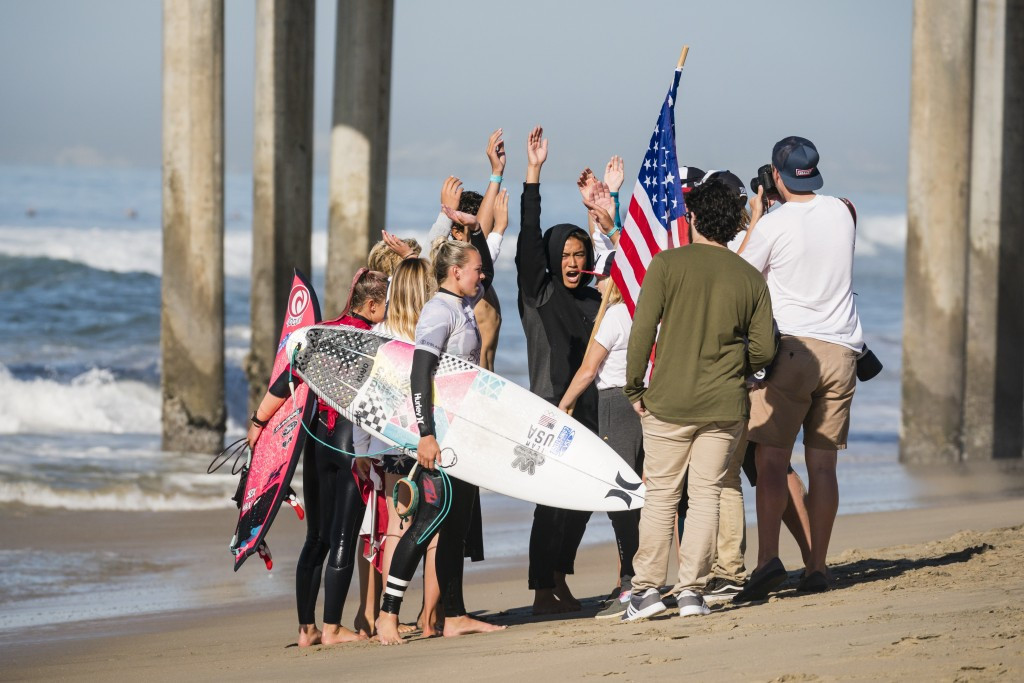 Japan and hosts the United States are the only teams with all their surfers still left in the competition, after the sixth day of action here at the 2018 International Surfing Association (ISA) World Junior Championships in Huntington Beach today.

Coming into today’s action both Hawaii and Australia also had all their surfers left, but they each lost three in the repechage round to leave Japan and the US in pole position for the team title.

France currently sit in fifth place, having now lost a surfer in all four divisions.

Whilst their team does not sit atop the rankings, Hawaii’s Eli Hanneman and Gabriela Bryan nonetheless managed the highest wave scores of the day among their gender divisions at under-16 level, scoring 9.57 and 9.33 respectively in the main event quarter-finals.

In fact Hanneman's 9.57 was the highest score of the event so far and earned him a place the semi-finals, in what is his first showing at the Championships.

Bryan's 16.56 heat total was the highest of the day for the girls, while the highest overall was claimed by Jett Schilling from the United States, who scored 16.90 to make it into the boys’ under-16 semi-finals.

Two-time US Open champion Brett Simpson was at the beach today to support the young surfers, who he said it had been a pleasure to watch them.

"Competing in a typical surf event is one thing, but here at the ISA there is more to it than that with the team aspect,” he said.

“Representing your country is an amazing feeling,” he added.

“You are trying to work together with your teammates, but also make it as far as you can to avoid the repechage.

"It's great to see the growth in Surfing with all 44 nations here in Huntington Beach."

Meanwhile ISA President Fernando Aguerre said the competition was “off and running” towards the medal rounds.

“In just three days we will crown the World Champions, which likely will become future stars of the sport and vie for slots in the Tokyo 2020 Olympics,” he said.