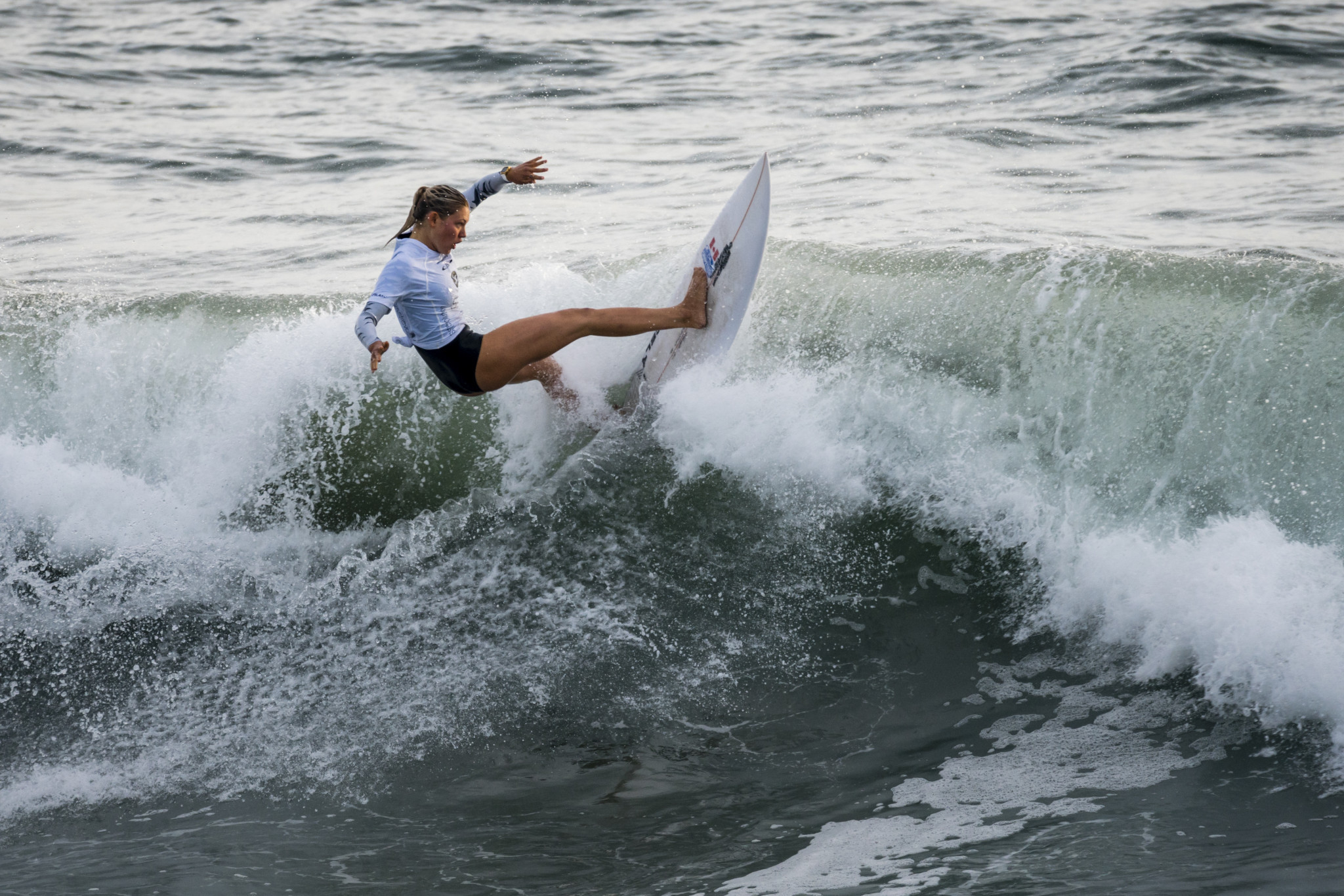 Girls dominated the headlines during the first full day of action at the 2018 International Surfing Association (ISA) World Junior Championships in California.

In the event's first year where there is a gender equal format, the girls broke participation records while demonstrating their world-class talent off Huntington Beach, a place officially dubbed "surf city".

Japan's Kana Nakashio scored the highest heat total of the event so far with 17.44 in the girls' under-16 division, with her high wave score of 9.17 matched only by Hawaii's Cole Fry in the boys' under-18 class.

Among the other stand-out performers today were Kirra Pinkerton and Sawyer Lindbald from the United States, as well as another Japanese surfer Sara Wakita.

Also advancing through the first round was England's Lily Pearce in the under-18 girls' main event.

"It's super cool that the ISA is implementing gender equality in all their events," she said.

"Women's surfing is progressing so much around the world and in England."

In the boys' competition Jett Schilling from the US, in the under-16 division, scored the highest heat total on the boys' side at 15.33.

Tahiti's Kauli Vaast, who managed 15.17, and Australia's Mac McGuigan, who scored 15.07, also represented their nations well and got their campaigns off to a strong start, respectively earning the second and third highest totals among the boys.

In total 44 countries and 361 surfers are taking part in the competition, which marks a record for the event.

ISA say it exemplifies "the increased global reach" of surfing since its inclusion in the Tokyo 2020 Olympic Games was announced.