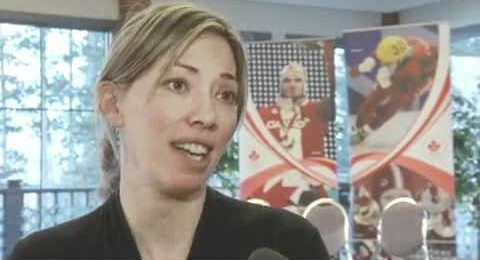 The International Olympic Committee (IOC) have claimed they "reached out" to Beckie Scott after she claimed she was bullied by a member of the Olympic Movement for campaigning to stop the the Russian Anti-Doping Agency (RUSADA) being reinstated by the World Anti-Doping Agency (WADA).

In an interview with BBC Sport on Friday (October 12) Scott, a former member of the IOC Athletes' Commission, alleged she was "belittled”, and “bullied" for her opposition to RUSADA having their ban lifted.

When RUSADA's reinstatement was approved at a meeting in the Seychelles last month, the Olympic gold medallist resigned her position on WADA's Compliance Review Committee in protest.

The 44-year-old alleged that the inappropriate behaviour came from "members of the Olympic Movement".

The IOC did not initially respond to the allegations, leading to chief executive of the United States Anti-Doping Agency Travis Tygart to issue a scathing statement on Twitter claiming their silence was a "stunning failure" that showed them to be "desperately out of touch".

When insidethegames contacted the IOC for comment, they initially declined.

They have, though, now sent a statement revealing IOC member Danka Bartekova contacted Scott as soon as she heard the allegations.

"The IOC athlete representative Danka Bartekova reached out to Becky Scott immediately on hearing these allegations," they said.

"The IOC understands from the WADA statement that feelings were running high on both sides and strong views were expressed by both sides during the meeting of the WADA Executive Committee."

ASAP I saw the report,I reached out to Beckie on behalf of our commission.I confirmed again to her our offer to sit down together with both commissions and to exchange our opinions.This is in our common interest.We want to continue to support all athletes from around the world.

Bartekova, a Slovakian skeet shooter and Olympic bronze medallist, who joined the IOC’s Athlete’s Commission in 2012, posted on Twitter on Saturday (October 13), saying she offered Scott the chance to "exchange our opinions" on the issue.

"ASAP I saw the report I reached out to Beckie on behalf of our commission (sic),"  she said.

"I confirmed again to her our offer to sit down together with both commissions and to exchange our opinions.

"This is in our common interest."

"We want to continue to support all athletes from around the world."

It is not clear what Scott’s response to the offer was.