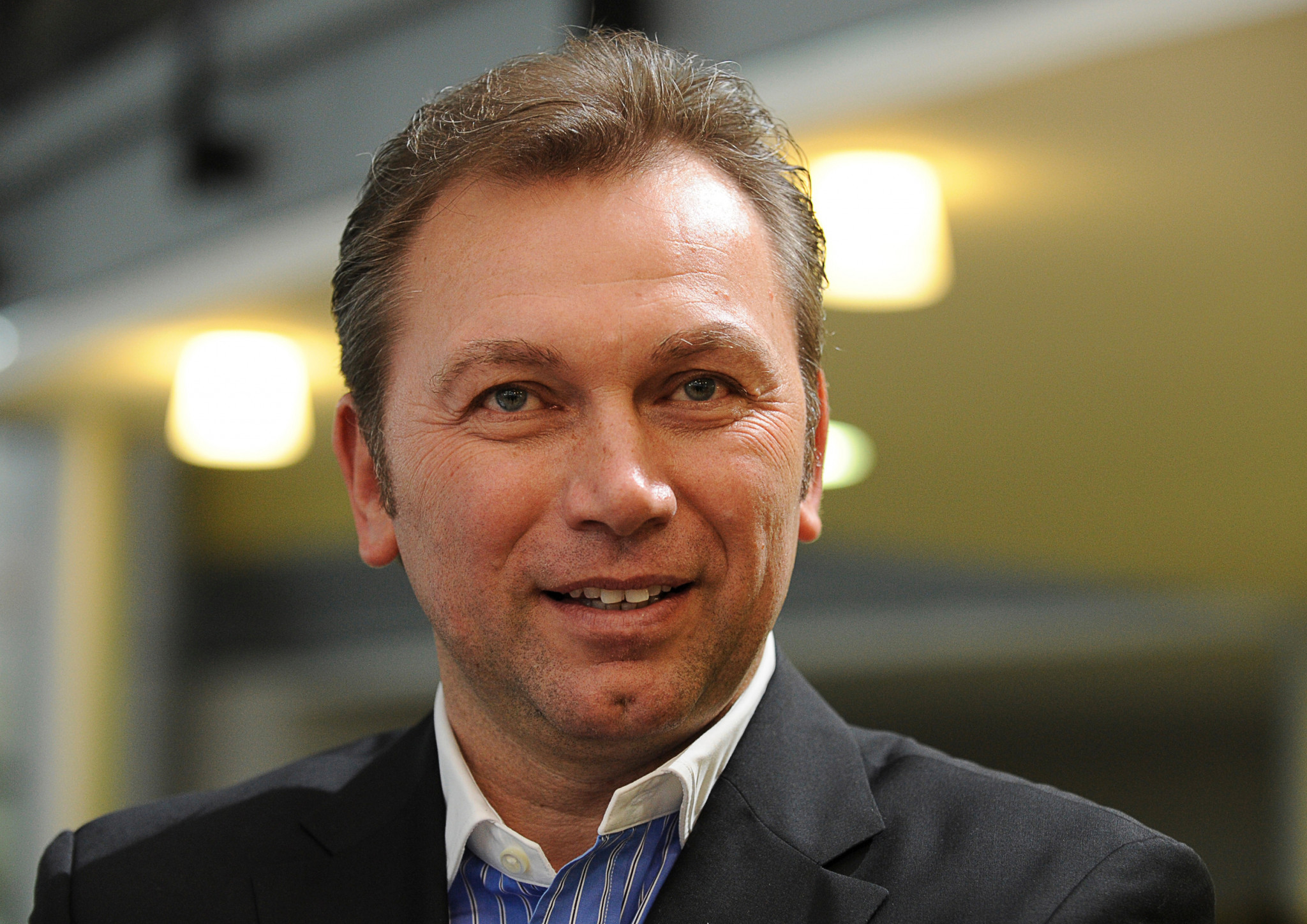 Lance Armstrong's former team manager Johan Bruyneel has been handed a lifetime ban from cycling by the Court of Arbitration for Sport (CAS) for his involvement in the doping conspiracy.

The CAS released decisions on three appeals which were filed against the American Arbitration Association (AAA) back on April 21, 2014.

The AAA had placed sanctions upon former US Postal team director Bruyneel, team doctor Pedro Celaya and team trainer Jose "Pepe" Martí, who had been found to have "committed multiple anti-doping rule violations over many years".

This followed the completion of a United States Anti-Doping Agency (USADA) investigation into allegations against Armstrong, with the American eventually admitting taking banned substances following the publication of a "reasoned decision" by the body.

Bruyneel was banned by the AAA for ten years, while Dr Celaya and Marti were handed eight-year bans.

Bruyneel and Martí both lodged individual appeals against the AAA decision to CAS, while the World Anti-Doping Agency (WADA) appealed against the three men and the USADA decision, with the aim of having the suspensions increased to life bans.

"The CAS Panel found that the totality of the evidence presented before it painted a very clear picture: from 1997 to 2007, Messrs Bruyneel, Martí and Celaya participated in an elaborate and highly successful doping scheme with Mr Bruyneel at the apex of a multitude of doping violations and Mr Martí and Dr Celaya as the indispensable participants in this widespread and systematic doping programme.

"The CAS Panel unanimously concluded that in the circumstances, lifetime ineligibility was an appropriate sanction for Messrs Bruyneel and Celaya, and that a period of ineligibility of 15 years was appropriate for Mr Martí."

Bruyneel responded to the decision with an open letter on Twitter, stating that he acknowledged “a lot of mistakes have been made in the past".

The Belgian, however, asserted that USADA had disregarded "all normal judicial limitations to crucify and demonise me" and maintained they never had any legal authority over him.

"Although there's effectively nothing I can do against this sanction and at 54-years-of-age, a 10-year ban or a lifetime ban is practically the same, I would still like to take the opportunity to highlight a few key elements in this long process.

"First and foremost, I want to stress that I acknowledge and fully accept that a lot of mistakes have been made in the past.

"There are a lot of things I wish I could have done differently, and there are certain actions I now deeply regret.

"The period I lived through, both as a cyclist and as a team director, was very different than it is today.

"Without going into details in this letter, I would simply like to observe that we were all children of our era, facing the pitfalls and temptations that were part of the culture at the time.

"In terms of the whole sports-legal process, however, and trying to keep this letter as brief as possible, there are elements which I feel the need to highlight, as even today, after all these years, I find them incredibly frustrating.

"USADA: I have said from the beginning that this American agency had no jurisdiction over me.

"I am a Belgian citizen, living in Spain, and I have never had any contractual agreement, let alone an arbitration agreement, with USADA.

"Yet this agency disregarded all normal judicial limitations to crucify and demonize me, making me a key protagonist in their Hollywood version of events.

"In spite of the CAS decision, I firmly maintain my position that USADA does not have - and never had any legal authority over me.

"Thus, USADA never had the power to open a case against me, and less still any power to issue me with a ban of any duration."

Bruyneel added that in his CAS appeal process, he had asserted that there had never been an arbitration agreement between him and USADA.

He stated his defence also called for the respect of the statute of limitations, the right to equal treatment
and that the proportionality of the sanction had been "completely disregarded".

"This whole process has been a difficult, very painful and complicated learning process for myself, but after too long a time, it is now time for me to move on.

"I can finally close this chapter and focus on the positive things in my future.

"I am still in good health, I have two beautiful, healthy children, a lot of very good friends as well as plenty of energy and ideas for the years to come."

In a statement, USADA said Bruyneel had previously refused to testify at the 2013 hearing in his case, but at the CAS hearing he had "denied responsibility for the doping on his team".

"While it's been an arduous effort to fully expose the truth, our job is to pursue justice even when the road is long and winding, because that’s exactly what clean athletes expect and deserve," said Travis Tygart, USADA chief executive.

"Here, Bruyneel, Celaya, and Marti pulled out every trick to avoid the truth and continued, even at the hearing and even in the face of overwhelming evidence to the contrary, to present a false narrative.

"This is another powerful example that playing by the rules matters and doping is never justified and always inexcusable."

The WADA have welcomed the CAS verdict following their successful appeal against the original length of the bans handed down.

“This decision comes as welcome news for WADA as it will for athletes and all others around the world who care for clean sport and the integrity of cycling," said Olivier Niggli, WADA director general.

"It is the result of a long process, which was resisted at every turn by these men, who by their actions did a great deal of damage to their sport.

“It was always our contention that the sanctions handed down by AAA were not strong enough and, in order to stand up for clean competition and to protect the sport of cycling, we demanded more.

"I congratulate our legal team for skillfully pursuing this difficult case and I thank the UCI and USADA for their support.”

In August, a judge ruled that Bruyneel must repay $1.2 million (£930,000/€1 million) to the US Federal Government after the doping scheme at the US Postal team.

The conclusion of the case was described as marking "the finish line of a lawsuit brought by Floyd Landis and the Federal Government to recover money paid by the US Postal Service" to the cycling outfit.

Bruyneel made no comment on that decision, but with the Belgian living overseas, the likelihood of him paying back the sum is seen as small.