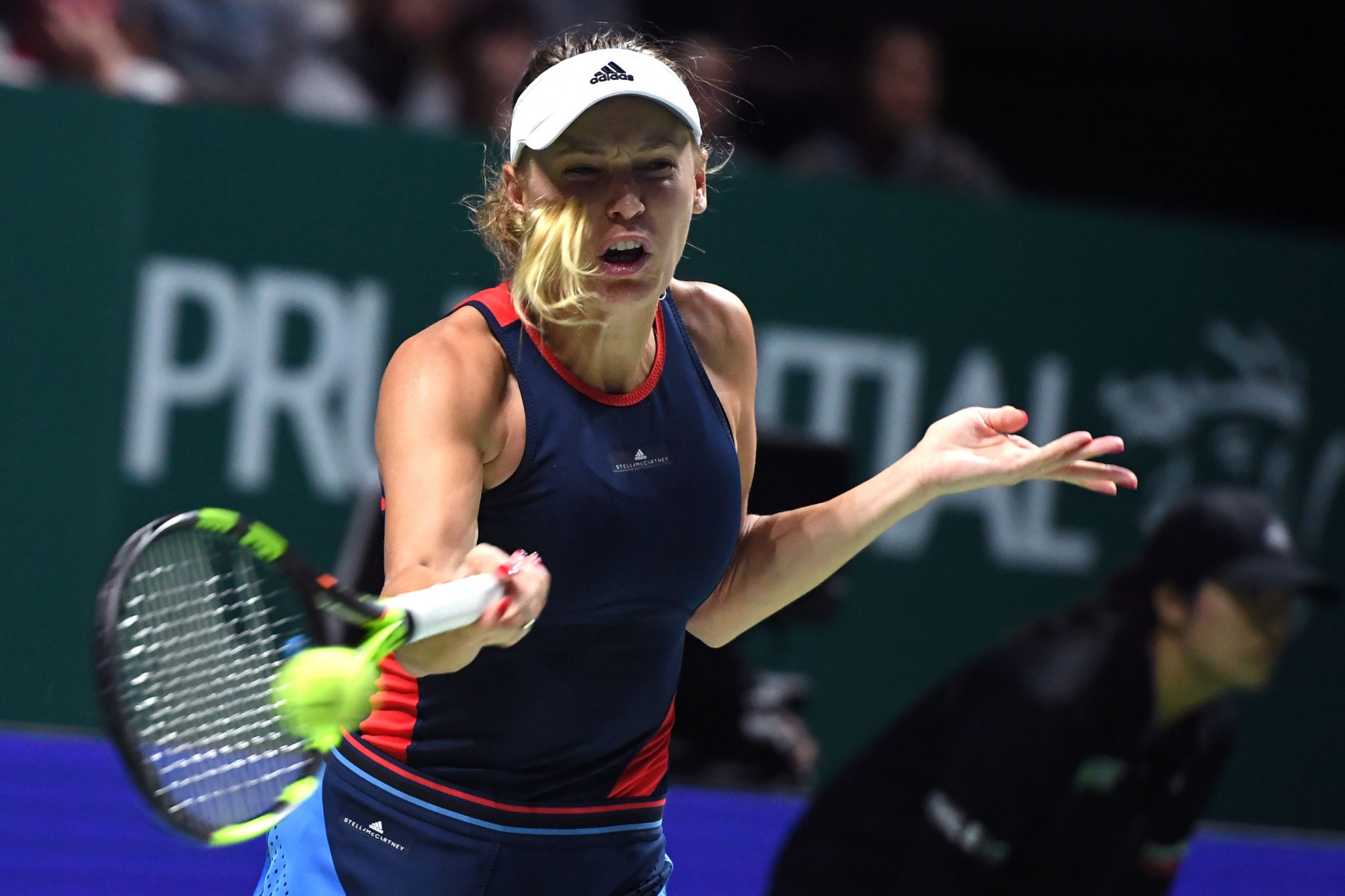 Defending champion Caroline Wozniacki beat Petra Kvitová for the first time in four years as she earned a 7-5, 3-6, 6-2 result in the round robin stages of the Women’s Tennis Association (WTA) Finals in Singapore.

The 28-year-old Dane sealed the win in two hours and 19 minutes, despite needing medical treatment on her knee during the second set at the Sngapore Indoor Stadium.

Elina Svitolina later earned a 6-3, 2-6, 6-3 win over Karolína Plíšková - the Czech Republic player who had beaten Wozniacki in straight sets on Sunday (October 21).

The Ukrainian sixth seed hit eight aces and needed one hour and 54 minutes to secure a win that put her top of the White Group standings with one round-robin match to come.

Second seed Wozniacki took an early lead on her third set point after Kvitova had made 16 unforced errors.

She asked for a physio midway through the set after experiencing pain in her left knee, before Kvitová, 28, levelled the match in a set in which she secured four breaks of serve.

Wozniacki broke immediately at the start of the deciding set and was able to capitalise on her opponent's fatigue to serve for the match.

"I am pleased how I kept cool," Wozniacki told BT Sport.

"I didn't think I played badly in the second set, she just played really well.

"I had to refocus and keep doing what I was doing."

The WTA Finals features the leading eight players this year, split into two groups of four.

The top two players from each round-robin group will progress to the semi-finals, with the final being scheduled for Sunday (October 28).

The Finals are being held in Singapore for the fifth and final time before moving to Shenzhen in China.