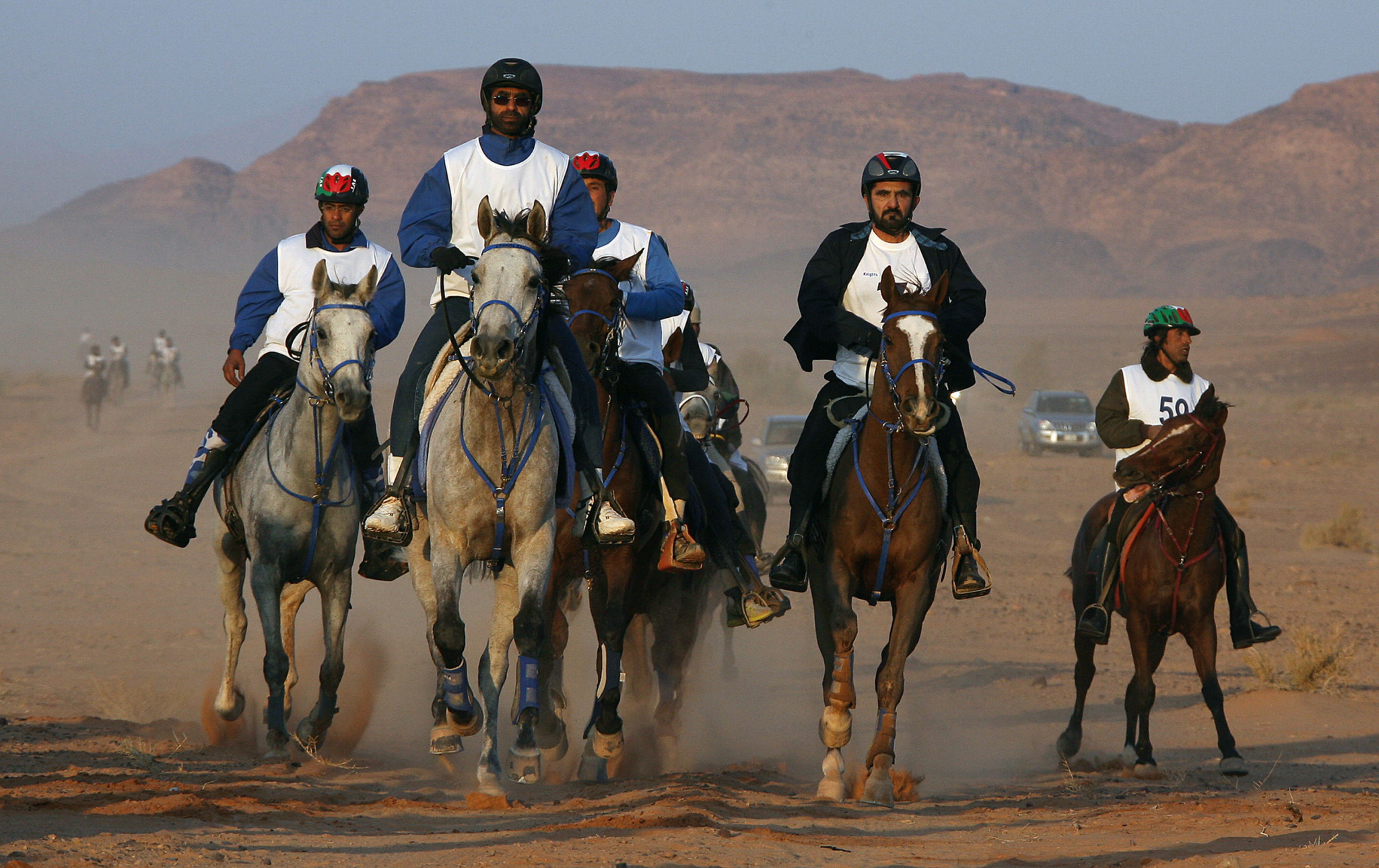 A Temporary Committee tasked with urgent reassessment of Endurance riding has been set up by the International Equestrian Federation (FEI) following the event’s cancellation amid confused circumstances at this year’s World Equestrian Games (WEG) in Tryon.

The FEI has announced that Spain’s Ignasi Casas Vaque has been provisionally relieved of his duties as deputy chair and Member of the Endurance Committee pending legal proceedings for alleged incorrect behaviour at this year’s WEG.

The FEI has also confirmed that it has received and accepted the resignation of Dr Brian Sheahan of Australia as chair of the Endurance Technical Committee due to ill health.

In an FEI release, the world governing body's President Ingmar De Vos criticised the "win at all costs" mentality that has emerged in dndurance racing, adding: "We need to bring the discipline back to the principles of the FEI where welfare of the horse and horsemanship prevail."

Endurance racing in Tryon proved something of a debacle.

Athletes were misdirected at the start of the endurance ride, and FEI officials had to halt the action after the first loop.

The event was re-started as a 120 kilometre competition, with officials claiming it was the only "pragmatic solution" as there was no possibility to reschedule the event for the next day.

"This was a difficult decision to make, but it was done with horse and athlete welfare in mind as the conditions this afternoon after the rain resulted in extremely high levels of humidity and, combined with rising heat, it was deemed unsafe to continue the ride," said Thomas Timmons, President of the FEI Veterinary Commission.

The FEI Temporary Committee has a remit to "urgently assess the issues currently affecting the sport of endurance and carry out an in-depth review of the rules in order to identify the most effective way of bringing the discipline back to its original roots of Endurance riding as opposed to endurance racing, with horse welfare and horsemanship at its core, while still maintaining the competitive aspect of the sport".

The Committee will be chaired by Dr Sarah Coombs of Great Britain, a top FEI endurance veterinarian who has many years’ experience of officiating at endurance events.

The members are Tarek Taher of Saudi Arabia, an international endurance athlete and recently-elected by his peers as a member of the FEI Athletes’ Committee; Pieter Wiersinga, Chef d’équipe of the Dutch endurance team; Dr Meg Sleeper of the United States, who has competed in FEI Endurance since 2005 and is also a trainer, official veterinarian and veterinary cardiologist; and Dr Tim Parkin of Great Britain, who heads up the scientific research conducted at the University of Glasgow as part of the FEI’s Global Endurance injuries Study.

FEI’s second vice-president, Mark Samuel of Canada, will also be involved in the work of the Temporary Committee.

"The Temporary Committee will conduct a thorough review of the discipline with the aim of getting back to real endurance riding with the focus on horsemanship and the partnership between horse and human," said De Vos.

"The sport has evolved and there needs to be a recognition of that, but the essence of the sport must remain the same.

"What we need are rules that place greater emphasis on completion of the event, rather than the ‘win at all costs’ mentality that is more and more threatening our sport."

In endurance riding the winning horse is the first one to cross the finish line while stopping periodically to pass a veterinary check that deems the animal in good health and fit to continue.

Historically, many riders have considered finishing the distance with a proper vet completion record to be a "win".

Sheahan’s eight-year term in office was due to expire in 2020.

"The President has thanked Dr Sheahan for his dedication and passion for the sport and wished him a speedy recovery," the release added.