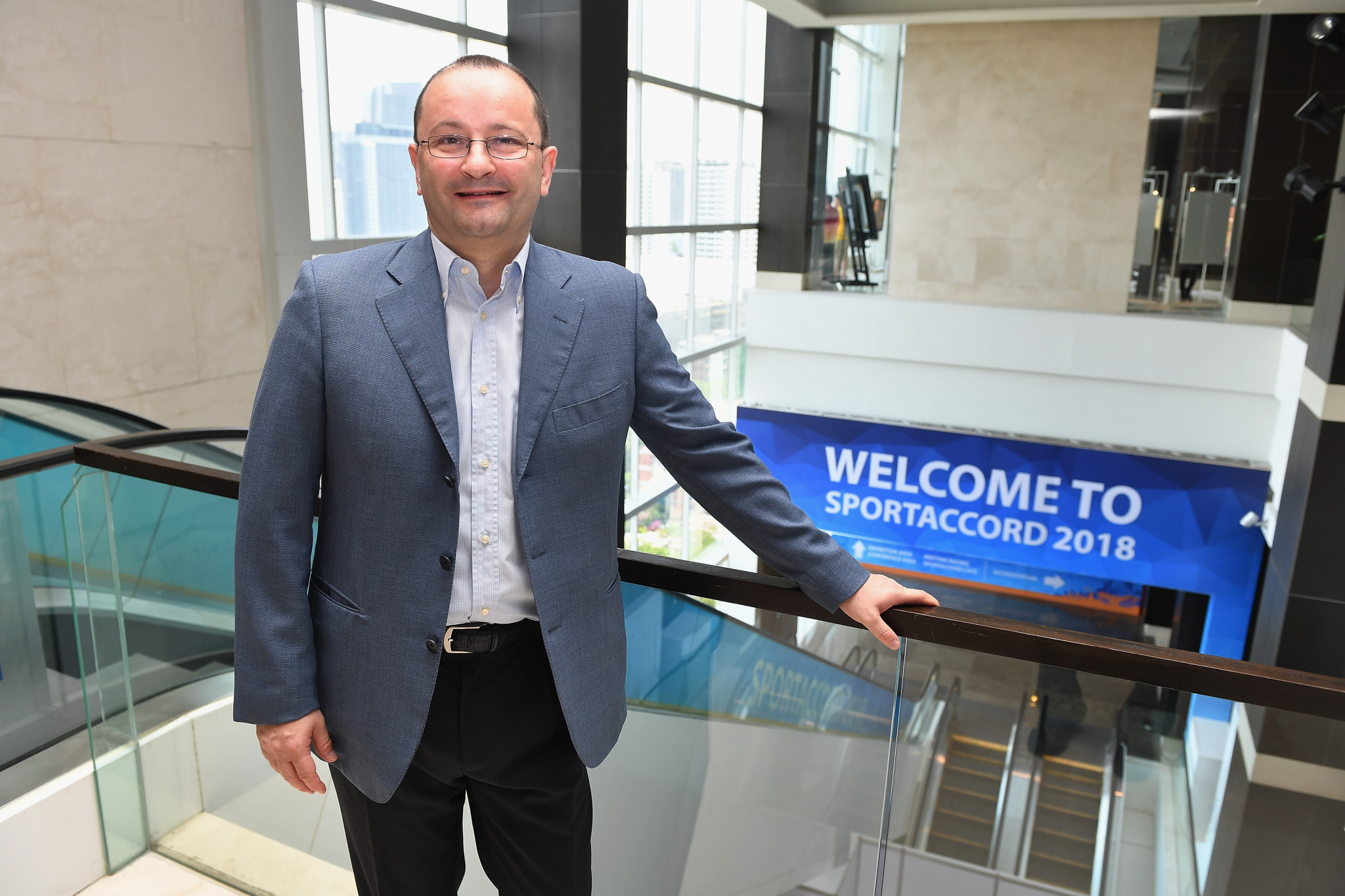 Patrick Baumann, one of the most influential figures in world sport, has died while attending the Youth Olympic Games in Buenos Aires.

Baumann had attended a demonstration of sport climbing at the Youth Olympic Park yesterday evening before he collapsed.

He was then rushed to hospital.

He has asked for the Olympic flag to be flown at half-mast at the IOC headquarters in Lausanne and at Buenos Aires 2018 for three days.

The IOC will also hold a memorial in the Youth Olympic Village.

As well as his IOC membership, Baumann was also President of the Global Association of International Sports Federations (GAISF) and secretary general of the International Basketball Federation (FIBA).

He was President of the Winter Youth Olympic Organising Committee for the Lausanne 2020 Games and the Coordination Commission chair for the Los Angeles 2028 Summer Olympics.

In addition, he was a Council member of the Association of Summer Olympic International Federations (ASOIF) and an Executive Committee member of the World Anti-Doping Agency (WADA).

Some had tipped him to one day become President of the IOC.

"This is a great shock, which has hit us all very hard," said Bach.

"We can hardly believe this terrible news.

"Particularly since, even today, we have seen him working hard, as we always knew him, for the sport he loved.

"We lose a young and sympathetic leader full of hope who was standing for the future of sport.

"Our thoughts are with his wife, his children and his family."

Baumann could speak five languages and had a "remarkable" academic record.

"On behalf of the entire FIBA family, I wish to express our deepest sympathies and pass on our condolences to Patrick's wife Patricia, their family and loved ones," said FIBA President Horacio Muratore.

"Our thoughts and prayers are with them during this very difficult time."

In a statement, GAISF called Baumann an "inspirational leader whose vision, drive and matchless enthusiasm characterised his work on behalf of sport worldwide as GAISF President, secretary general of FIBA and an IOC member".

"Patrick Baumann had a profound and lasting impact on GAISF and every organisation he served.

"His unswerving sense of purpose and ability to share his good-natured enthusiasm in five languages won him friends worldwide and enabled him to create beneficial change wherever he went."

WADA President Sir Craig Reedie told insidethegames that he had forged a close relationship with Baumann while they served together on the Evaluation Commission for the 2020 Olympic Games.

"I greatly admired him and his many skills and there is a big void now," said Sir Craig.

"Patrick was a brilliant sport leader and a great person," said Gerardo Werthein, President of the Organising Committee and a member of the IOC.

"My sincere condolences to his loved ones and to all those who, like me, are saddened by this sudden loss."

"Patrick Baumann’s dedication to the promotion of sport and the Olympic values was well-known and an inspiration to many of us around the world," Sheikh Ahmad said.

"The Olympic Movement owes him a great debt for his visionary leadership and his service."

In a statement, Lausanne 2020 said Baumann, who also chaired the Olympic Capital's successful bid for the Winter Youth Olympics, had been "one of the pillars" of the project since its inception.

"He has supported it fervently at every stage, working tirelessly and passionately to bring together all those who build it," the Organising Committee said.

"Father of two children, Patrick had great confidence in youth and took great pleasure in working with them, for them, with the objective of making Lausanne 2020 a truly innovative event.

"The entire Lausanne 2020 team, including its Executive Committee and its two Vice-Presidents, the Mayor of the City of Lausanne, Grégoire Junod, and the Vaud State Councillor Philippe Leuba, extend their deepest condolences to Patrick's family, his wife and his two children."