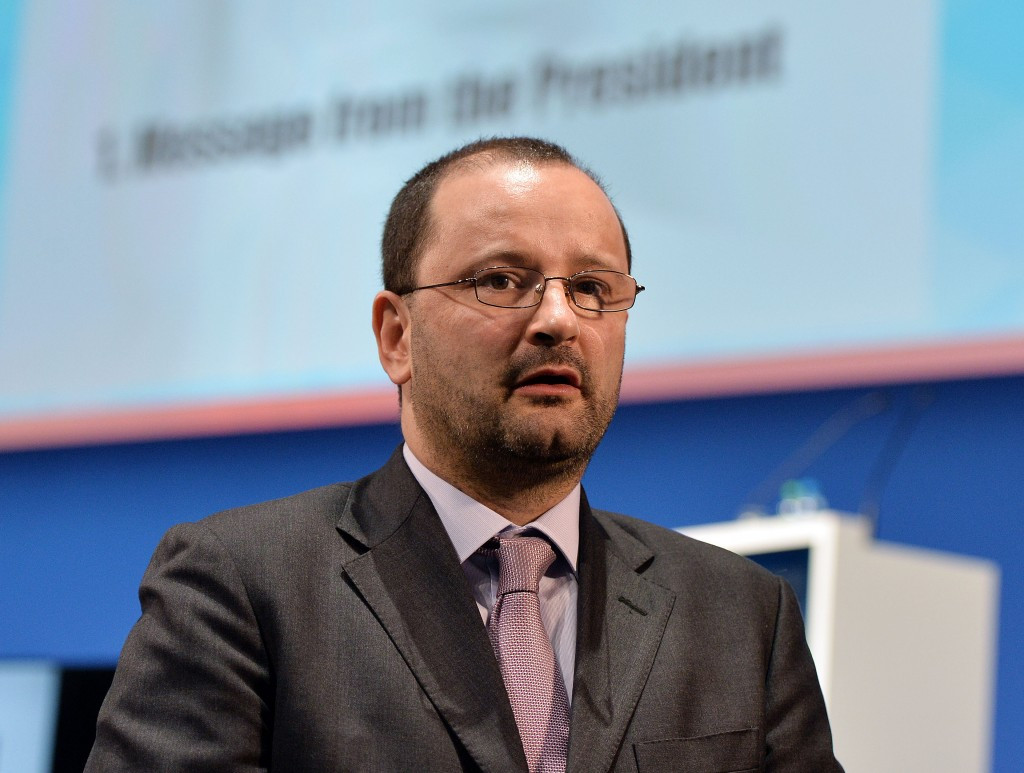 Baumann, the President of the Global Association of International Sports Federations (GAISF) and an increasingly influential member of the International Olympic Committee (IOC), also questioned the motives of NADOs in their repeated attacks on how sports bodies have dealt with doping issues.

It follows heavy criticism by NADOs of the way the IOC handled their suspension of Russia, which was lifted last week less than three months after being imposed.

"If you look at some of the scandals that have shaken the world, they don't necessarily just have an IF at the spear of that particular scandal," Baumann, who is also secretary general of the International Basketball Federation and a World Anti-Doping Agency Executive Committee member, told insidethegames.

"I think that is something that, if you really want to get rid of those conflicts of interests, then the ITA - in what form it evolves - should also be a home for the NADOs, so nobody can effectively claim 'we are the best'.

"From an IF perspective, we feel that NADOs also have some things to learn."

Baumann also attempted to differentiate between the supposedly business-orientated motivations of NADOs with those of IFs.

"We didn't create our doping departments as a business, but as an investment into our sports," he said.

"NADOs go out and are trying to catch other organisations doing their tests in order to have more tests and more volume.

"There is also a business perspective in NADOs and other testing organisations, which in our case there is not."

At present, the ITA is due to administer drug testing on behalf of most IFs.

Separate testing will still be carried out by NADOs, however, and any change to this arrangement would require a radical shift in the financing and structure of the ITA.

Eyebrows have been raised by some in the last week after it emerged that North Korean ice hockey player Un Hyang Kim was secretly cleared after a failed test during Pyeongchang 2018.

Kim, a member part of the historic unified Korean women's ice hockey team at the Games last month, failed for a low level of the banned masking agent hydrochlorothiazide.

This only became publicly known after the Games when a statement was published by the International Ice Hockey Federation clearing her of any wrongdoing.

"We IFs have been taking a lot of hits," he added to insidethegames.

"People say 'we don’t care about this, we only care about our commercial success and sport and so forth and that we are permanently conflicted'.

"We disagree, I cannot say that some in our family have not made mistakes, that has come out and has been fuelling this perception of a conflict of interest.

"But we've been fighting against doping for decades and trying to keep the sport clean.

"To avoid that perception, we are happy to move towards the ITA."

Fears have already been raised about the actual independence of the ITA, though.

The ITA Board is chaired by former French Sports Minister Valérie Fourneyron but consists of a majority of Olympic Movement representatives.

Francesco Ricci Bitti, the Italian President of the Association of Summer Olympic International Federations and the former head of the International Tennis Federation, also has a seat on the Board as the IF representative.

Zimbabwean swimmer is the IOC Athletes' Commission representative while China's Peijie Chen completes the line-up as an "independent" member.