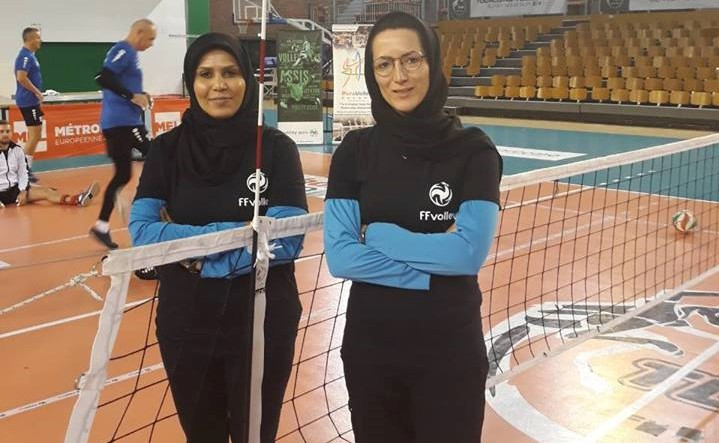 The 34-year-old Jafari refereed the first match between the Czech Republic and the eventual winners, Slovenia.

Ahadi, 39, refereed the last game on the opening day of the championships between France and Georgia.

On the final day, they both were used as second referees and scorers.

Jafari and Ahadi were also taking part in the World ParaVolley level three referee course which was being held at the same time.

"I am honoured to be one of first Sitting Volleyball refereeing delegates from Iran and I hope other woman in my country follow my lead," Jafari said after the tournament.

"It was a great experience for me.

"I’m very proud to be involved in the course and being able to learn from so many other passionate Sitting Volleyball experts – course directors, other referees and organisers."

Jafari is a physical education teacher and a keen volleyball player herself.

"When I was a second level referee for the International Volleyball Federation, I was invited to a national sitting volleyball tournament for be a line judge and scorer and that’s where I became very interested in the sport," she said.

"“I like very much, the friendly atmosphere and different relationships in sitting volleyball – the referees, coaches, players and even the opponents…they are such a big family."

The two Iranians passed the level three course alongside four other candidates.

"Gender equality across all aspects of World ParaVolley is a key goal as witnessed by the 50/50 gender split for referees at the Rio 2016 Paralympic Games and a continuation of this objective with our referees is very important.