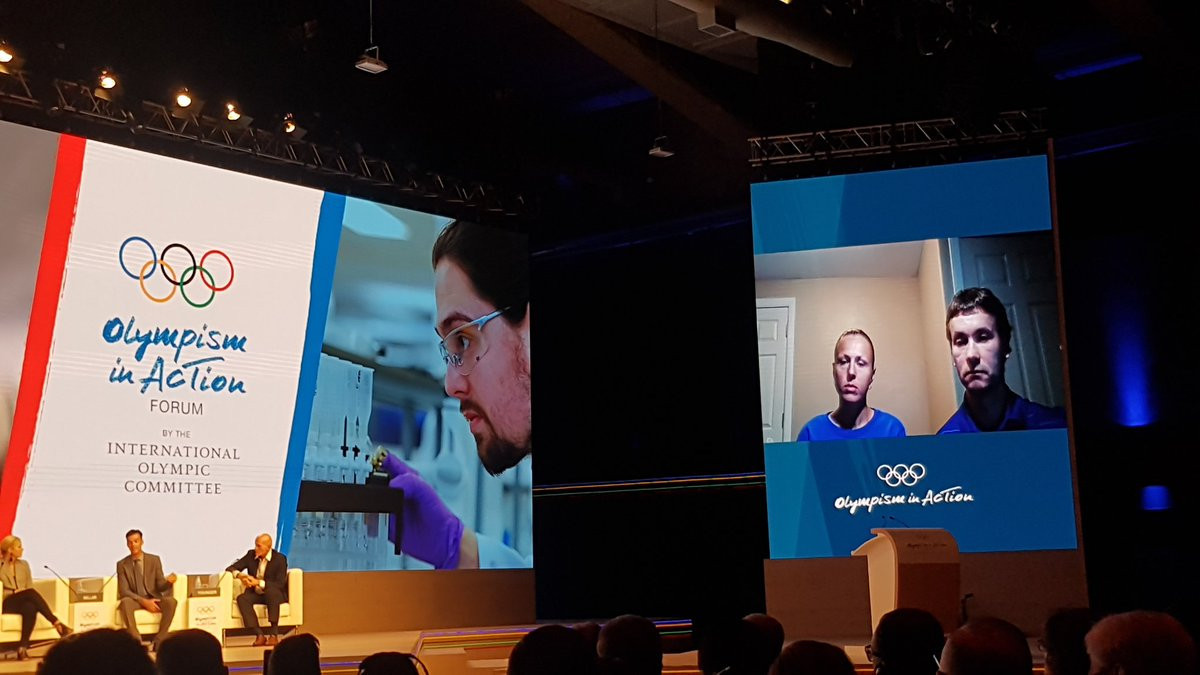 Whistleblower Vitaly Stepanov has accused International Federations of "doing little to fight doping in Russia" as he called on the World Anti-Doping Agency (WADA) to seek justice for athletes robbed of glory by drugs cheats.

Speaking at the Olympism in Action Forum here via video link, Stepanov also claimed WADA had "shown the ability to be flexible and negotiate with the side that committed sports crimes" by lifting the suspension on Russia.

Stepanov, a former employee of the Russian Anti-Doping Agency (RUSADA), who helped blow the whistle on state-sponsored doping in Russian athletics along with former athlete and wife Yulia Stepanova, highlighted Alexander Zubkov's election as President of the Russian Bobsleigh Federation (RBF) as an example of the weak action taken by International Federations following the scandal.

Zubkov, stripped of the two Olympic gold medals he won at Sochi 2014 for his role in the country's widespread doping scheme, was re-elected for a second term at the RBF earlier this year.

His case represents one of the strongest in terms of evidence as his sample from his home Games included physiologically impossible levels of salt.

In delivering the verdict following an appeal from Zubkov, the Court of Arbitration for Sport also ruled he had provided clean urine before the Games - a key barometer in establishing guilt of the individual athletes involved.

"My personal feeling and what I am seeing is that the fact WADA has shown their ability to be flexible and negotiate with someone who committed sports crime," said Stepanov.

"When you look at the situation with Russian Bobsled, you get the feeling that there has not been a change and IFs (International Federations) are doing little to fight doping in Russia."

Günter Younger, head of the intelligence and investigations department at WADA, also suggested International Federations could have taken stronger action.

Younger said the only two governing bodies to truly punish Russia for the doping scandal were the International Association of Athletics Federations (IAAF) and the International Paralympic Committee (IPC), both of whom have maintained their ban on the country.

He claimed he did not "understand why it was possible" for Russia to compete after an Independent Commission - which he was part of - uncovered evidence of state-sponsored doping in Russian athletics.

"The only organisations which really punished Russia since were the IAAF and the IPC," said Younger.

"All the others they let them compete, and biathlon even granted a [World Championships] bid to Tyumen which was surprising.

"WADA is not the organisation who can punish - it is the IFs or the International Olympic Committee.

"But they were not acting, to be honest."

Younger later told insidethegames that WADA was not frustrated with the world governing bodies, claiming they were willing to help them deal with the complex cases which have arisen from the scandal.

Federations should have a better chance of prosecuting and sanctioning Russian athletes involved when the country hands over the data and samples stored at the Moscow Laboratory, a condition they must meet before December 31 in order for RUSADA to retain its compliance.

The International Biathlon Union are the only winter International Federation to sanction a Russian athlete - Ekaterina Glazyrina - based on evidence commissioned or obtained by WADA.