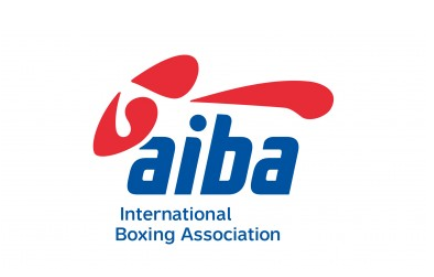 International Boxing Association (AIBA) have welcomed confirmation the governing body are compliant with the World Anti-Doping Code and will face no action over holding their World Championships in Sochi.

In a welcome boost to beleaguered body, WADA have concluded the organisation as compliant based on a recommendation provided by their Compliance Review Committee.

AIBA faced the possibility of being declared non-compliant with the WADA Code after their 2019 World Championships were awarded to the Russian city of Sochi.

WADA referred the case back to the Compliance Review Committee (CRC) during its Foundation Board meeting in May.

The decision to give Sochi the event was made in July 2017.

It came under WADA’s previous compliance standards, which urged International Federations "do everything possible" to award World Championships only to countries when the National Olympic Committee, National Paralympic Committee and NADO are in compliance with the Code.

Under new WADA compliance standards which came into force in April, organisations could be declared non-compliant in the event they awarded an event to a country who are non-compliant with the WADA Code.

As a consequence of the WADA decision to declared the Russian Anti-Doping Agency (RUSADA) compliant, the conditions which could have caused AIBA to become non-compliant have been removed.

“As it relates to compliance, given that the underlying condition triggering the potential non-compliance of the AIBA, namely RUSADA’s non-compliance, was removed, the ExCo approved WADA’s independent Compliance Review Committee’s (CRC’s) recommendation that no further action be taken against AIBA in respect of the awarding of its 2019 Men's World Championships to Sochi, Russia,” a WADA statement read.

“AIBA was, however, reminded of its obligation, moving forward, to comply scrupulously with the requirements of the new Article 20.3.11 of the Code.”

The decision was welcomed by AIBA Executive Director Tom Virgets.

“This is very good news for AIBA and for the sport of boxing,” he stated.

“Our goal is always to do what is in the best interest of our sport and our athletes.

“We also look forward to continuing the work with our WADA colleagues in protecting clean sport.”

AIBA added that the organisation is looking forward to welcoming boxers and fans to Sochi, when the Russian city hosts next year’s men’s World Championships.

The decision will come as a relief to AIBA as boxing’s governing body seeks to preserve the sport’s place on the Olympic programme.

Anti-doping has been one of several areas where AIBA have been told they must improve if boxing is to be allowed to remain on the programme at the 2020 Olympic Games in Tokyo.

Concerns have previously been raised about the strength of the anti-doping programme run by AIBA.

Judging and the organisation’s financial situation have also been cited as areas needing to be addressed.

The central issue, however, appears to be the potential candidacy of Gafur Rakhimov for the permanent AIBA Presidency.

The IOC have told Rakhimov that his candidacy for President could put boxing's Olympic place at Tokyo 2020 at further risk because of the Uzbek's links to alleged organised crime, which he denies.

Kazakhstan's Serik Konakbayev, the only currently declared candidate for the election, could be set to benefit from the IOC’s intervention.

The deadline for candidates to enter the Presidential race is tomorrow (September 23).