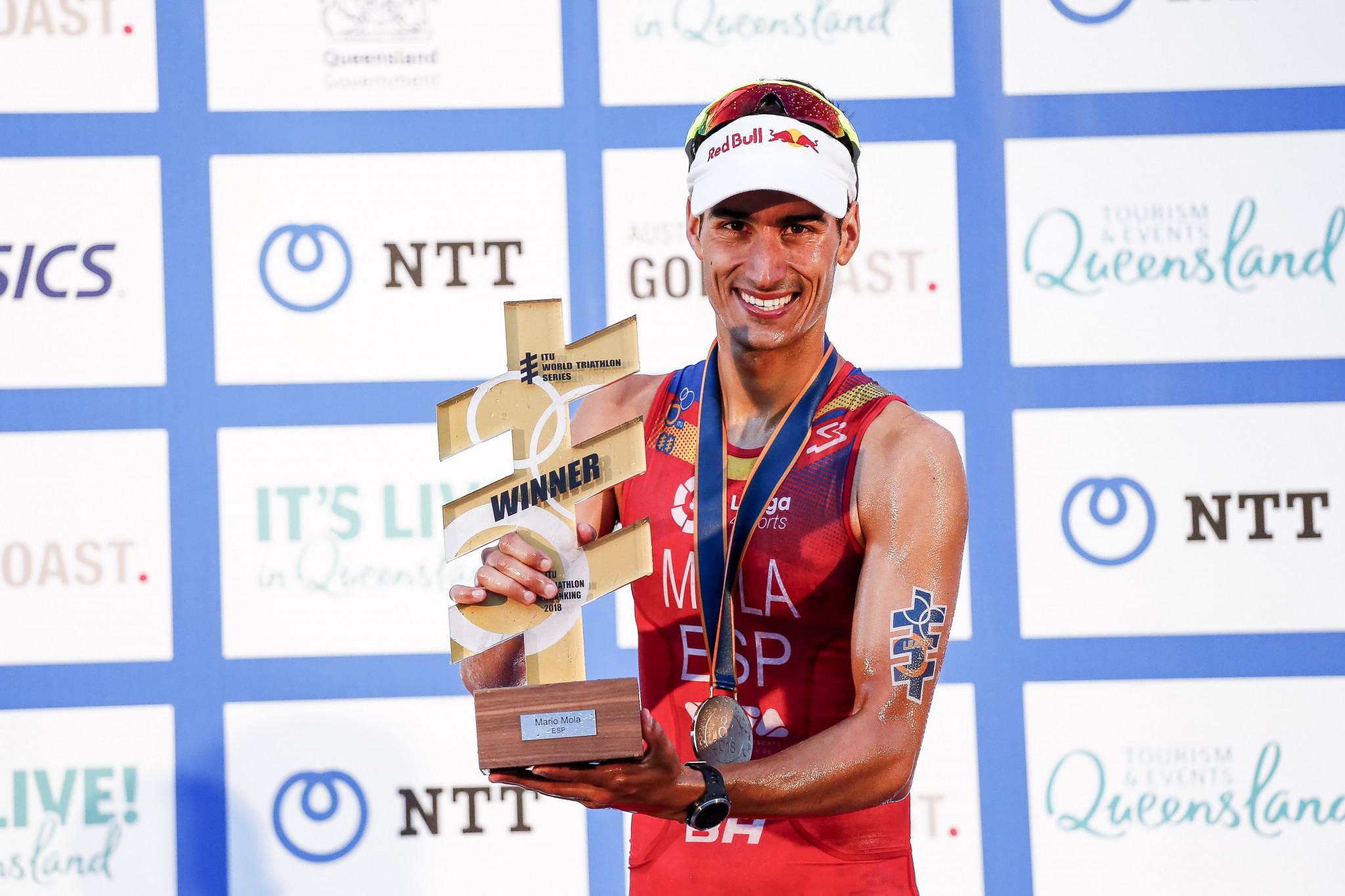 "I have a lot of feelings," said Mola after finishing one place ahead of South Africa's Richard Murray on a blustery afternoon in Brisbane.

"It has been a great season and finishing with a second place behind my training partner - it was a great race.

Asked about matching the Gomez hat-trick, the 28-year-old from Palma de Mallorca added: "Javier is an inspiration to me my whole career, someone I always look up to and who has set the path for all Spanish athletes - but I never imagined having three titles."

It also rounded off an excellent day for France following the earlier gold medal in the under-23 junior mixed relay event.

"I felt good in the run and I thought 'why not attack? I'm third in the world, I have nothing to lose.

"Plus, if I have to finish second to anyone, I'm happy it is Mario."

The latter's brother Alistair Brownlee, the back-to-back Olympic champion, was disqualified for missing a swimming buoy.