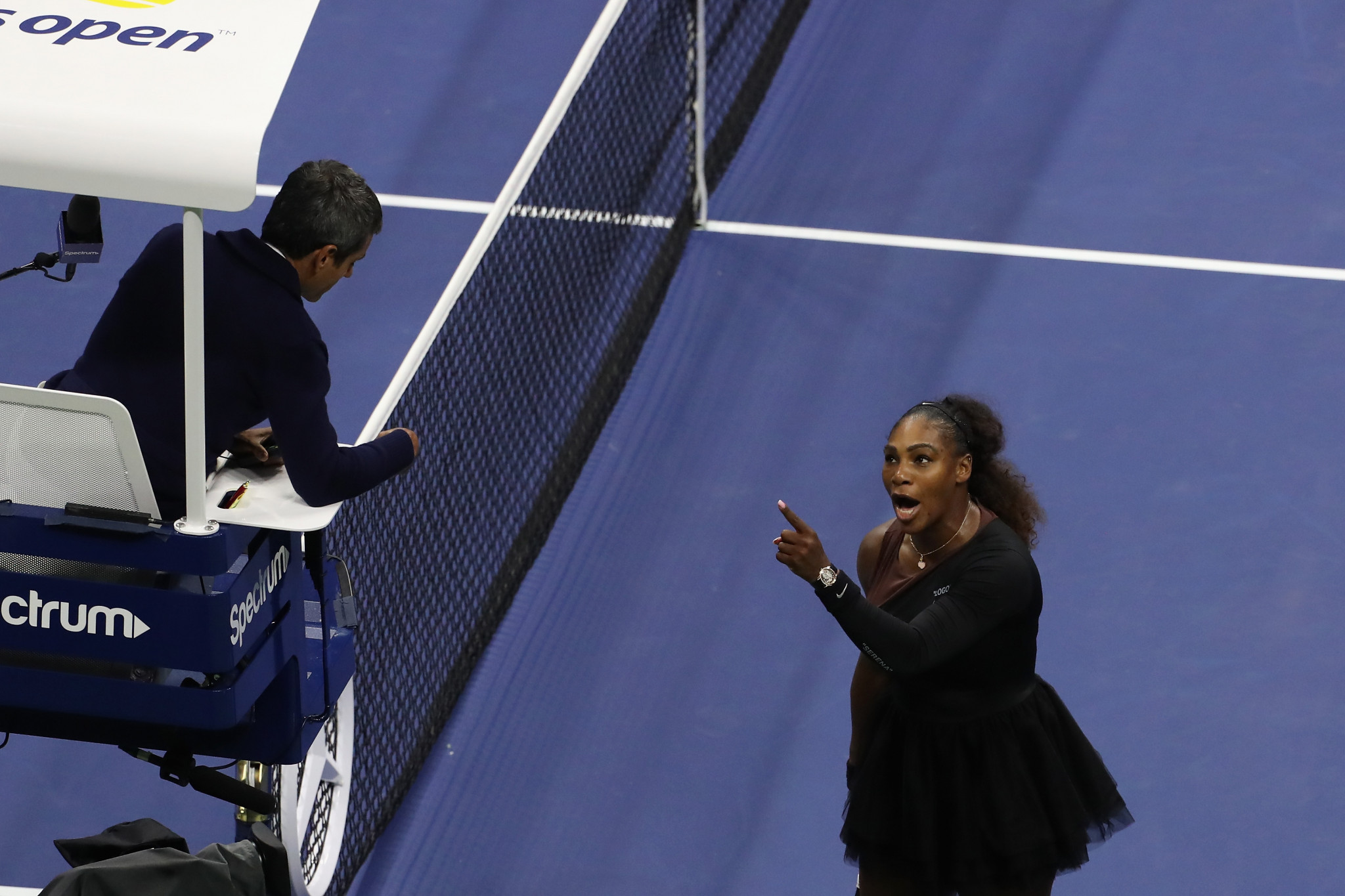 Twenty-three time Grand Slam winner Serena Williams, who accused umpire Carlos Ramos of sexism after he penalised her in the US Open final and called him a "thief", has been backed by the Women's Tennis Association (WTA).

Williams faced Japan's Naomi Osaka in the final on Saturday (September 8) and was first given a code violation for "coaching" after Patrick Mouratoglou made a gesture from her box.

She then lost a point for racquet abuse before a game penalty for abusing the umpire.

The American ultimately lost the final but is now campaigning for women's rights in the sport, as she feels that the same actions would have been treated differently had she been a man.

The controversy has divided the sport and the International Tennis Federation (ITF) released their own statement which differed from the WTA's stance and backed Ramos.

"I'm going to continue to fight for women and to fight for us to have equality," Williams said after the match at Flushing Meadows in New York.

"This is just an example for the next person that has emotions, that wants to express themselves and wants to be a strong woman.

"They're going to be allowed to do that because of today.

"The WTA believes that there should be no difference in the standards of tolerance provided to the emotions expressed by men versus women," Simon said in a statement.

"We do not believe that this was done."

Katrina Adams, head of the United States Tennis Association (USTA), which organises the US Open, was part of the trophy ceremony which included jeers from the crowd.

"We watch the guys do this all the time," the USTA boss said.

"There's no equality when it comes to what the men are doing to the chair umpires and what the women are doing, and I think there has to be some consistency across the board.

"I'm all about gender equality and I think when you look at that situation these are conversations that will be imposed in the next weeks.

"We have to treat each other fairly and the same."

"I've sat courtside watching the men ranting at umpires and they haven't been given a violation," Britain's Barker, a former French Open champion, said to the BBC.

King was one of the founders of the WTA and suffered sexism in her professional career.

"When a woman is emotional, she's 'hysterical' and she's penalised for it," the American said on Twitter.

"When a man does the same, he's 'outspoken' and there are no repercussions.

"Thank you, Serena Williams, for calling out this double standard.

"More voices are needed to do the same."

The ITF released their statement after Simon's and said Ramos had upheld the sport's laws.

"Carlos Ramos is one of the most experienced and respected umpires in tennis," they said.

"Mr Ramos' decisions were in accordance with the relevant rules and were reaffirmed by the US Open's decision to fine Serena Williams for the three offences.

"It is understandable that this high profile and regrettable incident should provoke debate.

"At the same time, it is important to remember that Mr Ramos undertook his duties as an official according to the relevant rule book and acted at all times with professionalism and integrity."

The 2018 US Open was plagued by more than one sexism row.

France’s Alize Cornet was given a code violation for taking her shirt off on court.

Cornet took off her top briefly after putting it on back-to-front and the chair umpire gave her a warning.

The WTA called the decision "unfair" as "Alize did nothing wrong".

The USTA expressed "regret" at Cornet's warning and made a statement.

"We have clarified the policy to ensure this will not happen moving forward," it said.

"Fortunately, she was only assessed a warning with no further penalty or fine."

Controversy preceded the men’s final as the women’s doubles champions said they were rushed off court so that the men's play could get underway.

American Coco Vandeweghe and Australian Ashleigh Barty were unable to deliver a victory speech after receiving their trophy.

"We couldn't thank anyone," Vandeweghe said.

"I think that was poor form.

"Maybe they'll do us right in Australia since the US couldn't do me right."

Barty said they were hurried off court as "the men needed to start".

"To be honest, I don't think they [Djokovic and Del Potro] would have worried if they were 10 or 15 minutes delayed," the Australian said.