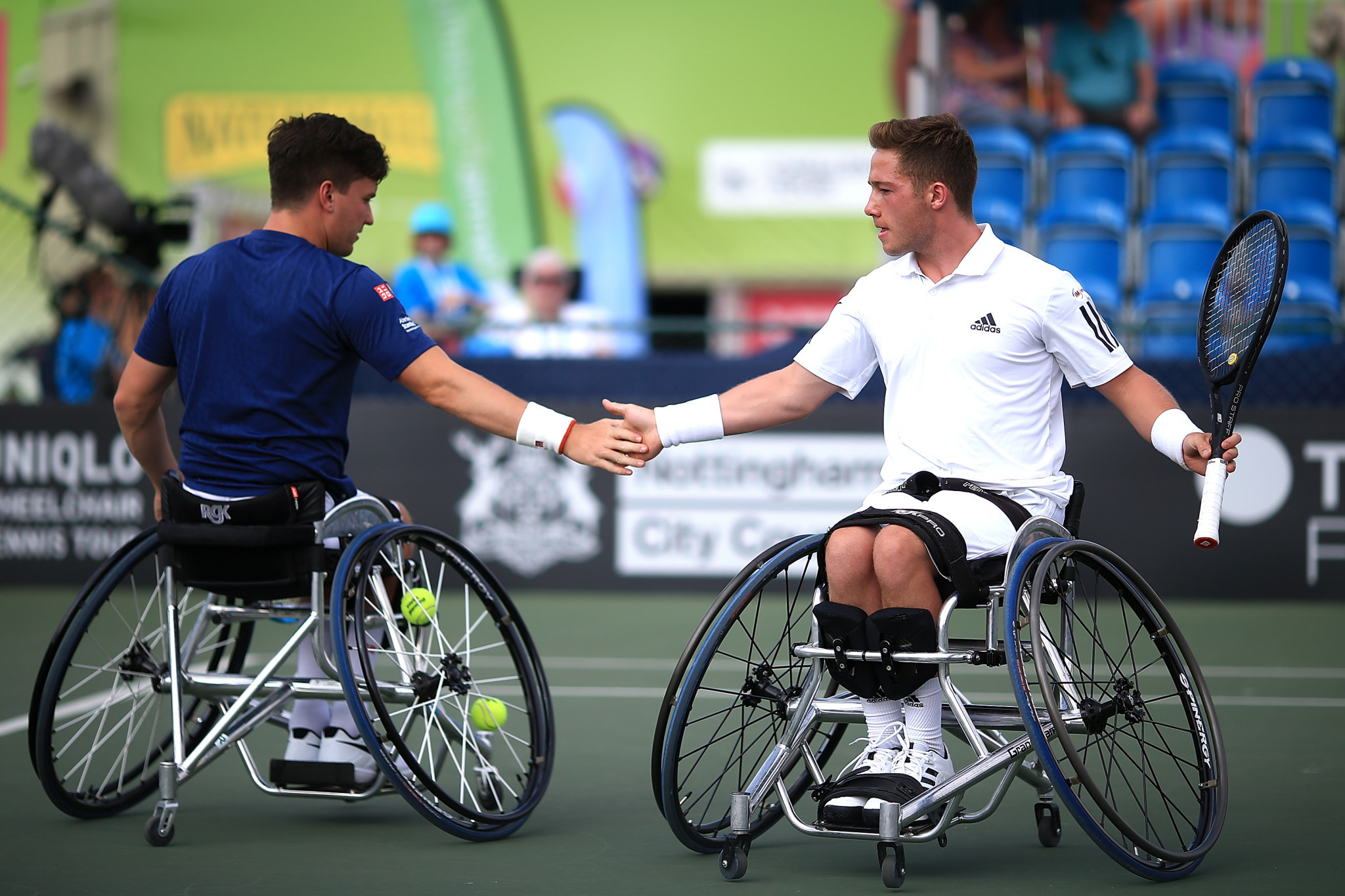 Five of the six wheelchair tennis matches due to take place at the US Open today were cancelled, with the other one postponed, because of poor weather.

The only contest to get underway was that which pitted British defending champions Alfie Hewett and Gordon Reid against Argentina's Gustavo Fernández and Japan's Shingo Kunieda in the men's doubles semi-finals.

It was initially delayed because of extreme heat and then moved from Arthur Ashe Stadium to court 12.

Thunderstorms and rainfall then meant that all outside court matches were abandoned for the day.

Hewett and Reid, the second seeds, were leading by one set after winning the first 7-5.

The other men's doubles semi-final, between French duo Stéphane Houdet and Nicolas Peifer, and Belgium's Joachim Gerard and Sweden's Stefan Olsson, was cancelled.

Britain's Lucy Shuker and her partner Sabine Ellerbrock of Germany also had their women's doubles semi-final against The Netherlands' Diede de Groot and Japan's Yui Kamiji called off.

The United States' Dana Mathewson and South Africa's Kgothatso Montjane had been due to meet Dutch pairing Marjolein Buis and Aniek van Koot in the other last-four encounter.